When Nintendo announced that its next game console was going to come with just 32GB of internal storage, my heart sank. I’d been planning to go all digital for the Nintendo Switch — making it a portable console that always had my favorite games on tap at a moment’s notice. Instead, I found myself pre-ordering the console with a physical copy of The Legend of Zelda: Breath of The Wild. The compromise didn’t last long. Between the tedium of swapping game cards and my fear of losing them, I wound up going all digital anyway. Within six months, my Nintendo Switch ran out of space.

It’s my own fault, really. If I hadn’t insisted on playing every major release Nintendo put out since launch, I wouldn’t be in this mess. Still, can you blame me? Mario Kart 8 Deluxe was a masterful reissue of one of the Wii U’s best games, and Splatoon 2 was a strong follow up to multiplayer shooter that ruled my summer in 2015. On top of that, we had a brand new Nintendo IP in the guise of ARMS, a wacky telescoping boxing game, the delightful absurdity of Mario + Rabbids Kingdom Battle and plenty of great download-only titles like Sonic Mania, Blaster Master Zero and Shovel Knight: Specter of Torment. Nintendo’s hybrid portable console has had a good first year. 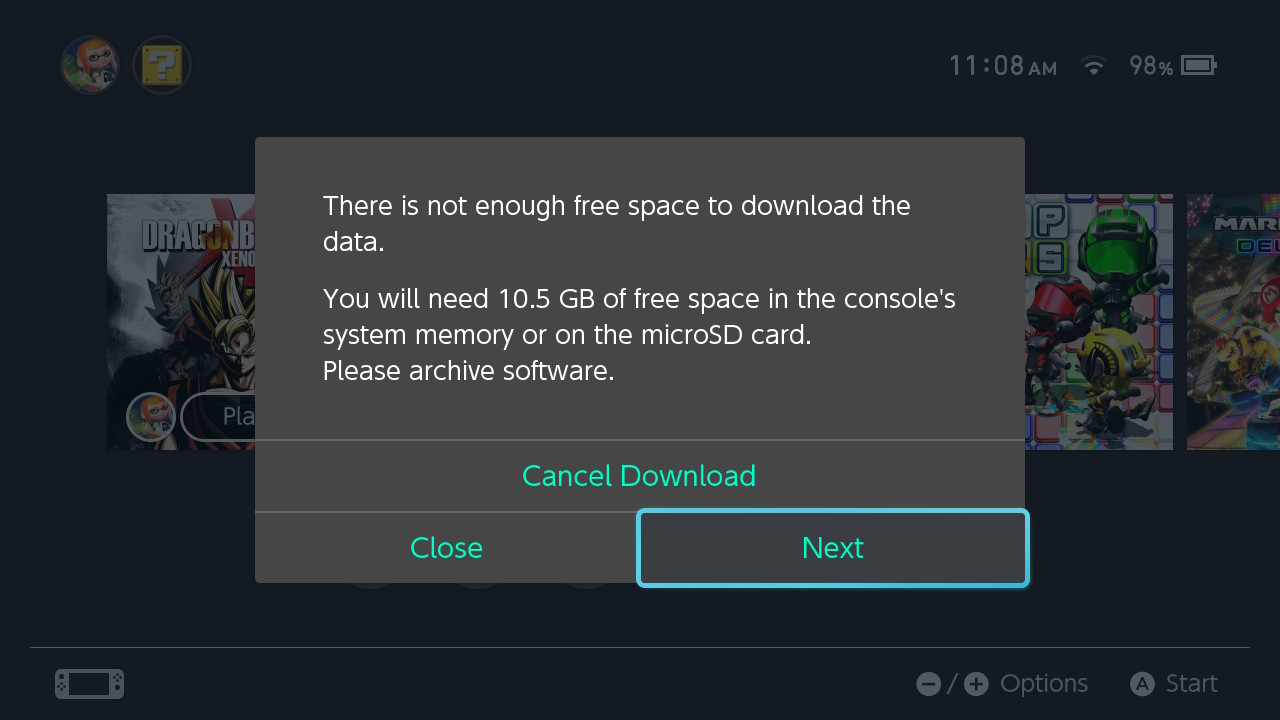 When this steady stream of games filled my switch to capacity, however, I didn’t run out and buy a microSD card as I originally planned. Instead, I’ve spent the last few months using Nintendo’s built in data management tool — a pop-up menu prompt that helps you clear out space for a new game by automatically culling your unplayed library.

If you try to download a title you don’t have enough space for, a broken progress bar will appear on the bottom of the game’s icon. Click it, and the Switch will immediately tell you how much space you need to clear to install the game and recommended software to archive. Don’t like what the Switch chooses? No problem — the pop up window will happily take you to the console’s data management screen to sort through your unplayed game library yourself. 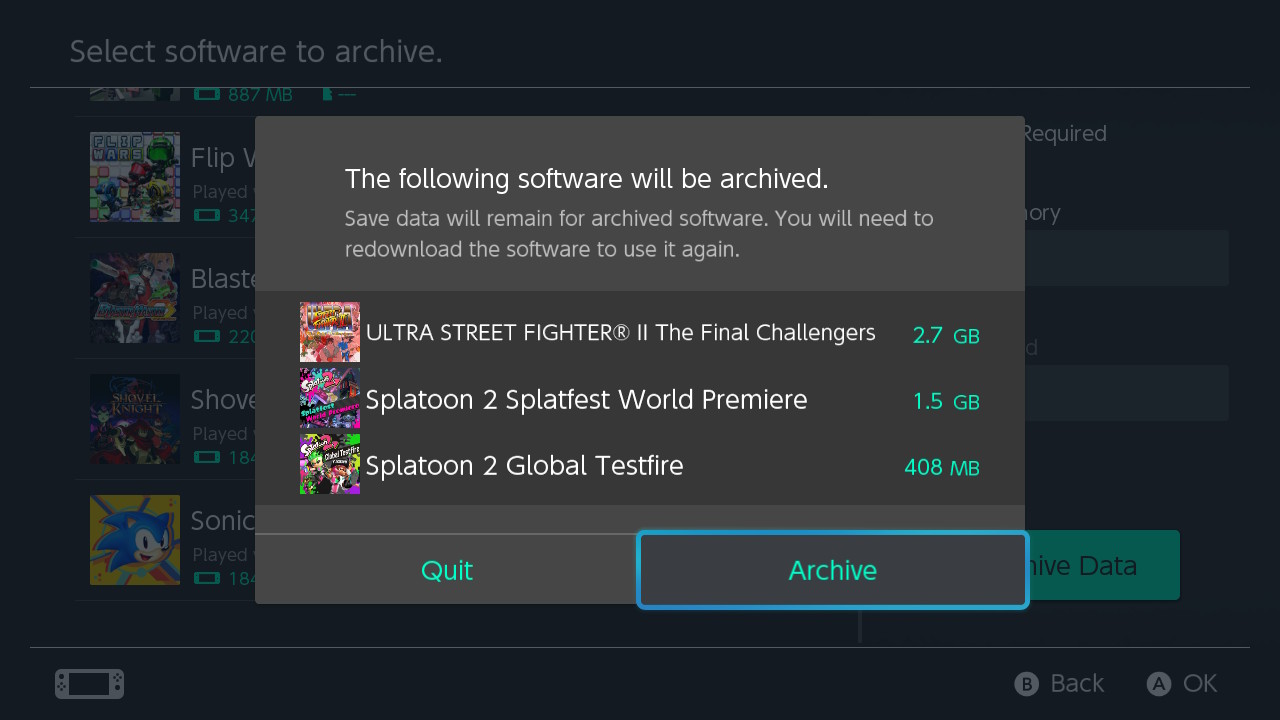 It’s a small feature, but it makes managing the Nintendo Switch’s lack of storage space ridiculously easy. When my PlayStation 4 runs out of space, it only notifies me passively — leaving me to drag myself to the system’s storage management menu and stumble through four different categories of data — but the Switch identifies a problem and immediately offers a solution. It takes the work out of juggling data and opens a path to just playing the game I want to launch. That’s nice.

This data management screen doesn’t forgive the Nintendo Switch’s lack of storage — 32GB is still far too little for any modern game console — but it made one of the console’s biggest flaws bearable. I’m still going to buy expanded storage for the Switch eventually, but I don’t feel like I need to right away. That’s a nice quality of life feature, and a small indication that Nintendo is getting better at designing console user interfaces that can rival the competition.