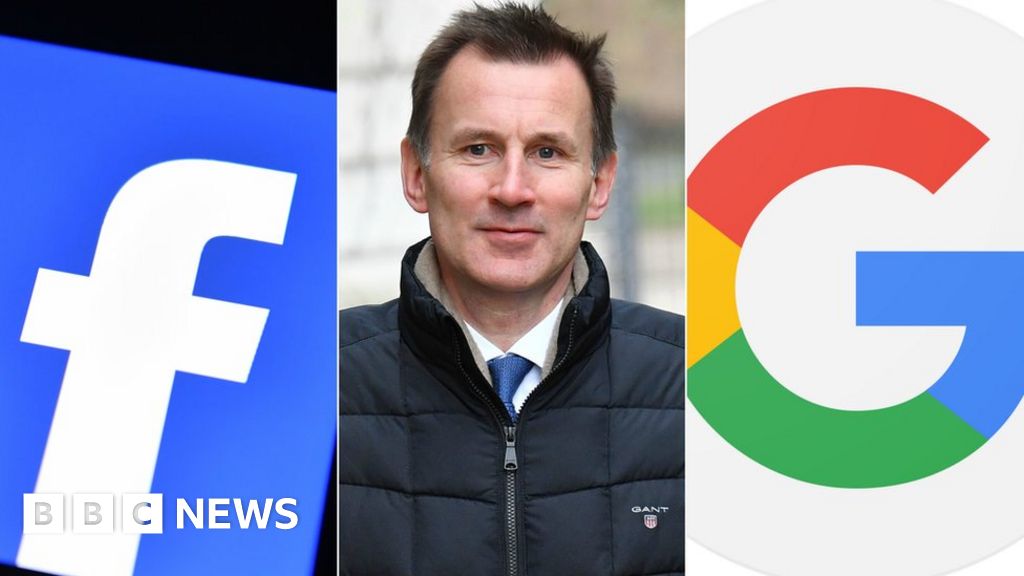 Jeremy Hunt has threatened social media firms with new laws if they don’t do more to protect children online.

In a letter to companies including Facebook and Google, the health secretary accused them of “turning a blind eye” to their impact on children.

The firms have until the end of April to outline action on cutting underage use, preventing cyber bullying, and promoting healthy screen time.

Mr Hunt said the current situation was “unfair to parents”.

Mr Hunt met with social media companies six months ago to discuss how to improve the mental health of young people who use the technology.

At the time, a spokesman from Facebook said they looked forward to working with the government “to make sure we do everything we can to protect people’s wellbeing.”

In an article for today’s Sunday Times, Mr Hunt said there had been “a lot of of warm words” and “a few welcome moves” to improve online protection since.

But he said the overall response had been “extremely limited” – leading him to conclude a voluntary, joint approach would not be good enough to tackle the issue.

“None are easy issues to solve I realise, but an industry that boasts some of the brightest minds and biggest budgets should have been able to rise to the challenge,” said Mr Hunt.

In his letter to the internet firms, Mr Hunt said: “I am concerned that your companies seem content with a situation where thousands of users breach your own terms and conditions on the minimum user age.

“I fear that you are collectively turning a blind eye to a whole generation of children being exposed to the harmful emotional side effects of social media prematurely.

“This is both morally wrong and deeply unfair to parents who are faced with the invidious choice of allowing children to use platforms they are too young to access, or excluding them from social interaction that often the majority of their peers are engaging in.”

He added: “It is unacceptable and irresponsible for you to put parents in this position.”

Mr Hunt said the government would not rule out introducing new legislation to tackle the issue come May, when it publishes its response to the Internet Safety Strategy consultation.

The health secretary has also asked the chief medical officer to launch a review into the impact of technology on the mental health of children and young people.