Following an at times underwhelming reveal at this month’s Worldwide Developer Conference, Apple has released the first public beta of macOS 12. Carrying the moniker of ‘Mojave’, the release is available through Apple’s public beta program.

This public beta is the same release as the Mojave Developer beta 2 that has been made available previously through Apple’s subscription based developer program. You can sign up to Apple’s public beta program and access the new public builds of macOS here.

As the first version of macOS 12 available to the public, many of the new features that were demoed on the stage by Apple executives will now be making their debut on countless macOS powered machines around the world. Three key features to note are…

Users will see an immediate difference with the inclusion of dark mode. This extends the ‘dark menu bar’ first offered in macOS Yosemite in 2014, but now extending out to all of the user interface. It reduces the visual impact of the UI chrome, allowing content to be better defined and draw your focus. Dark mode does require support from each application – naturally Apple’s apps have the lead on this but one reason for developers to gain early access is to work on dark mode ahead of a full public release later in 2018.

MacOS is increasingly a subservient partner to iOS and Apple’s mobile hardware. Continuity Camera is a great example of this. Using seamless cloud based connectivity, pictures and scans on your iPhone or iPad will become instantly available on your Mac for editing.

Although Apple is clear on the lack of plans for iOS and macOS to be merged, the use of the iOS framework for app development is a key step forward for portability of apps. Four of Apple’s own apps in Mojave now use the iOS framework –  Stocks, News, Voice Memos, and Home – and how these perform in the real world will be one of the many data points Tim Cook and his team will be examining when feedback on the public beta comes in. 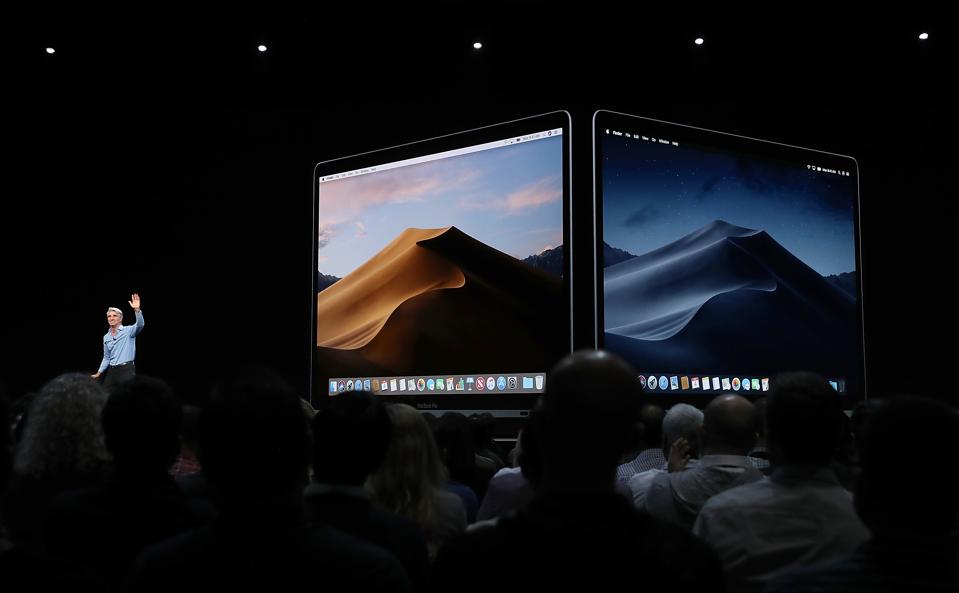 As with all beta software, it is not recommended that this first public release is installed on any mission critical hardware. Betas can throw up awkward bugs, inconsistencies, and may corrupt data – although before any public beta extensive in-house and developer-led betas will have been tested.