In an interview with GamesBeat, Xbox chief marketing officer Mike Nichols said the company will debut a Project Scorpio limited edition of the Xbox One X. Project Scorpio was the original code name for the console, which features 4K visuals, Xbox One compatibility, and 6 teraflops of computing power.

The Project Scorpio edition has a unique wireless controller, an “Easter egg” on the console, and subtle paint differences. The words “Project Scorpio” are printed on both the fan-inspired console and the controller. It will cost $500.

“It has special packaging that harks back to Xbox lineage,” Nichols said. “We really have a product family with Xbox One and Xbox One X.”

While Microsoft delayed the launch of its Crackdown 3 game until 2018, Nichols said the console would ship with Forza Motorsport 7 and 100 “enhanced Xbox One” games, which are being modified for the better visuals. (Nichols did not say how many of the enhanced games would be ready on November 7.) 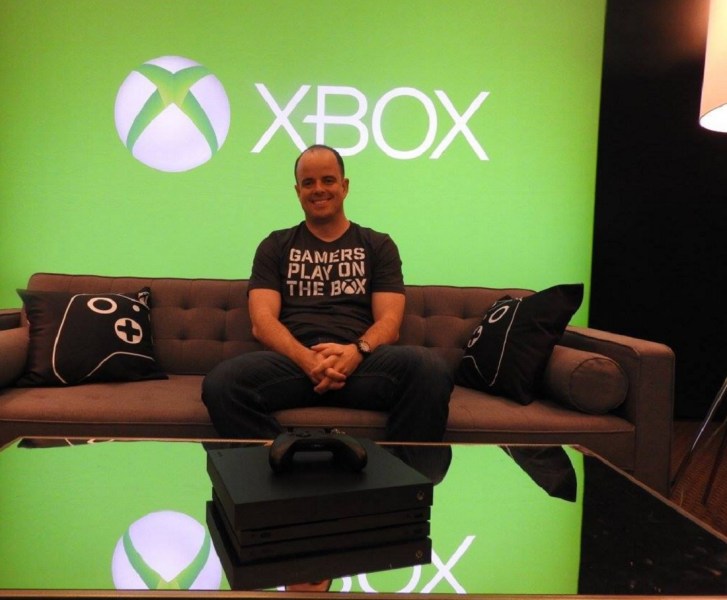 Above: Mike Nichols, chief marketing officer at Xbox, at E3 2017.

“It’s easy for developers to take advantage of the system,” Nichols said.

Microsoft is also releasing a Middle-Earth: Shadow of War bundle for the Xbox One S. The bundle will come with the new Warner Bros. game and will be available in October.

Microsoft will have a Minecraft limited edition version of the Xbox One S, too. The Minecraft edition has a blocky grass-colored chassis, and it will come with either a custom Minecraft Creeper green controller or a Minecraft pig pink controller (the latter in honor of the pigs in the game). It will feature redstone elements in a “skin pack” and in its packaging, as Redstone is a basic resource in Minecraft. The console will feature the Minecraft Creeper, Minecraft system sounds, vertical stand, and a transparent underside with Redstone circuit accents. It will be available on October 3, 2017, in all markets except China and Brazil.

Microsoft is also extending its Xbox Design Lab, where you can order your own custom controllers, to 24 new countries.

Nichols also said that Player Unknown Battlegrounds will available not only on the Xbox One X (as previously announced). It will also be available this fall on the Xbox One. PUBG has sold more than 8 million copies on Steam Early Access in the past four months.

“We will work with them to see [that the] title is as big and successful on console,” Nichols said.

Asked about the Crackdown 3 delay and the scarcity of new titles at launch, Nichols said Crackdown 3 is very ambitions and “we want to make sure the game is ready to go.”

He added, “It’s a different kind of console launch. All Xbox One games play on Xbox One X, and many are being enhanced for Xbox One X.”

Cuphead will also be ready for the Xbox One X (as well as the Xbox One), and spring 2018 exclusives coming are Crackdown 3, Sea of Thieves, and State of Decay 2. Sea of Thieves, by the way, will have cross play between online players on the PC and the console.

As to supplies at launch, Nichols said, “We feel good about supply. We do expect demand to exceed supply. We expect to launch in all markets. We will do our best to replenish the initial quantity as fast as we can.”

For PC gamers, Microsoft said it is bringing more features — such as Mixer broadcasting, updates to Game Mode, Game Bar, and added support for HDR screenshots.

Microsoft also said it has shipped 600 [email protected] independent games and 1,500 more are in the works.