When one of the first personal computers, the Altair 8800 came along in 1976, Microsoft was ready with a programming language, Altair BASIC. It wants to be equally prepared when quantum computers go mainstream, so it has unveiled a ne programming language and other tools for the futuristic tech at its Ignite conference. You’ll still need to understand Qubits and other weird concepts, but by integrating traditional languages like C# and Python, Microsoft will make it easier to do mainstream computing on the complex machines.

Quantum computing is famously difficult to grasp — even IBM’s “Beginner’s Guide” is laughingly opaque. In discussing Microsoft’s new initiatives, Bill Gates called the physics “hieroglyphics,” and when asked if he could describe it in one sentence, Satya Nadella said “I don’t think so. I wish I could.”

So, let’s just talk about what it can do, then. By taking advantage of the principals of superposition and entanglement, quantum computers can solve certain types of problems exponentially faster than the best supercomputers. “It would allow scientists to do computations in minutes or hours that would take the lifetime of the universe on even the most advanced classical computers,” Microsoft explains. “That, in turn, would mean that people could find answers to scientific questions previously thought unanswerable.”

Microsoft is effectively building a language for computers that don’t really exist yet. The most advanced experimental machine, a 16/17 qubit model, was built by IBM and has run over 300,000 experiments. It’s far from being ready for commercial applications, though. Big Blue recently unveiled an initiative to build commercial quantum computers called IBM Q, and has already released its own programming tools via an API called the IBM Quantum Experience.

Microsoft’s programming language doesn’t have a name yet, but the company already has plans for quantum computing in AI. In particular, it thinks that the machines could be used to train its Cortana digital assistant in days instead of months. “Even if everything else was the same, Cortana would improve 30 times faster,” Microsoft’s research chief Craig Mundie says.

To get quantum computing working more quickly, Microsoft’s star theoretical researcher, Michael Freedman (below), is trying to build both the hardware and software for a “topological quantum computer” (I’m not even going to try to explain that). To that aim, he has recruited “some of the world’s preeminent condensed-matter and theoretical physicists, materials scientists, mathematicians and computer scientists,” Microsoft says. 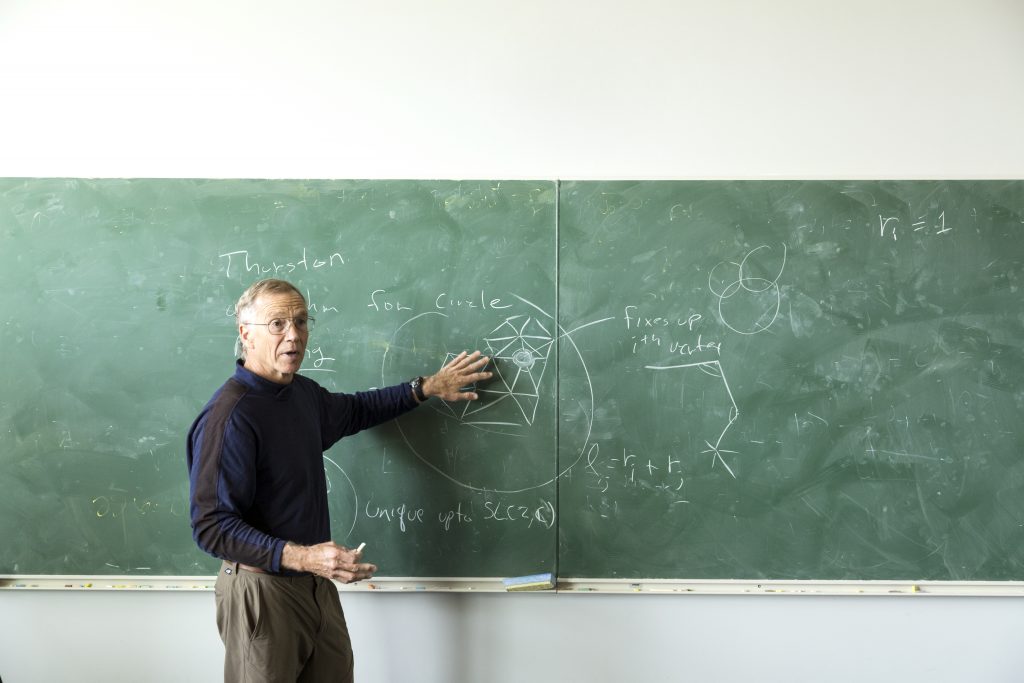 Microsoft is also working on the computer itself, but to get programmers up to speed, it’s releasing the programming tools for developers and computer scientists. “The same code that you’re running today in simulation you can run tomorrow on our quantum computer,” says quantum computing software lead Krysta Svore.

Individual users can simulate problems that require up to 30 logical qubits, while enterprise customers get 40 qubits of power (the more qubits, the faster the machine). “Developers without quantum expertise can actually call quantum subroutines, or write sequences of programming instructions, working up to writing a complete quantum program,” Microsoft says.

It might be awhile before commercials computers are ready, as they currently require near-absolute zero temperatures to remain in a stable state. Considering how tough it is to wrap your head around the concepts, however, you may need the time. If you’re interested in trying the new quantum computing language, you can sign up here.