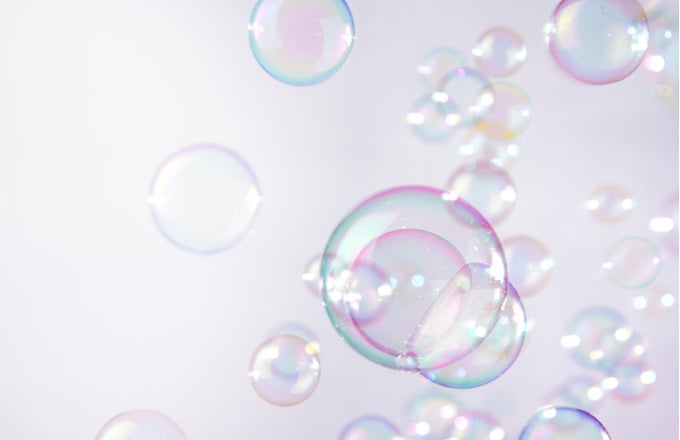 Given the flurry of news about cryptocurrencies over the past several months, it’s difficult not to get excited at the prospect of quick profits. The industry has grown exponentially, topping $120 billion in total market cap after many of the leading tokens have catapulted to record high price levels since the start of the year. And yet, there are analysts who caution that such meteoric gains can not be sustainable over the long term. While there is ample talk of cryptocurrencies taking over in a major way, including speculation that crypto space may outpace cash over the long term, there are many voices suggesting that the digital currency world is also representative of a bubble. Forbes analyst Clem Chambers has argued this for several months, and suggests new reasons for his opinion in a recent piece.

Bubbles are Bad, But Not Entirely

Chambers argues that the cryptocurrency world is a bubble over the short term. Still, he suggests that the industry will go up, overall, in the medium-to-long term. Regardless, Chambers argues, investors should get involved in the crypto world, even if they feel that the ultimate direction of the market is down. The reason? “Because cryptocurrencies have so many decimal points some of the coins out there are effectively toy tokens,” Chambers says. Investing even $100 in them will help even the most skeptical investor to have a better understanding of the new technology and the way it will change the investment world. And that is the key: regardless of when and how a cryptocurrency bubble bursts, it will impact the broader investment world for the long term.

Chambers points to companies that have become some of the largest in the world and which first gained prominence in the dotcom boom. Although the dotcom bubble burst, those major companies are still in existence, and many are thriving.

Cryptocurrencies as Key to Blockchain Understanding

One of the reasons that Chambers believes investors should spend their time looking at cryptocurrencies, even if they feel that the bubble will pop, is that cryptocurrencies hold the key to understanding how blockchain works. Blockchain, the technology which supports the crypto space, has many broad applications, both within and outside of that field. Chambers believes that “this thrilling madness will at some point spill into the old highly regulated world of equities. Anyone who ‘gets it’ when this happens will be set to make fine returns.”

Of course, Chambers’ view is just one of many. With extreme volatility plaguing the cryptocurrency market even now, fortunes can be made or lost in a short period of time. If there is a bubble, when it bursts and the market crashes there will be many who suffer the consequences. And yet, there may still be reasons to consider investing in cryptocurrencies, nonetheless.