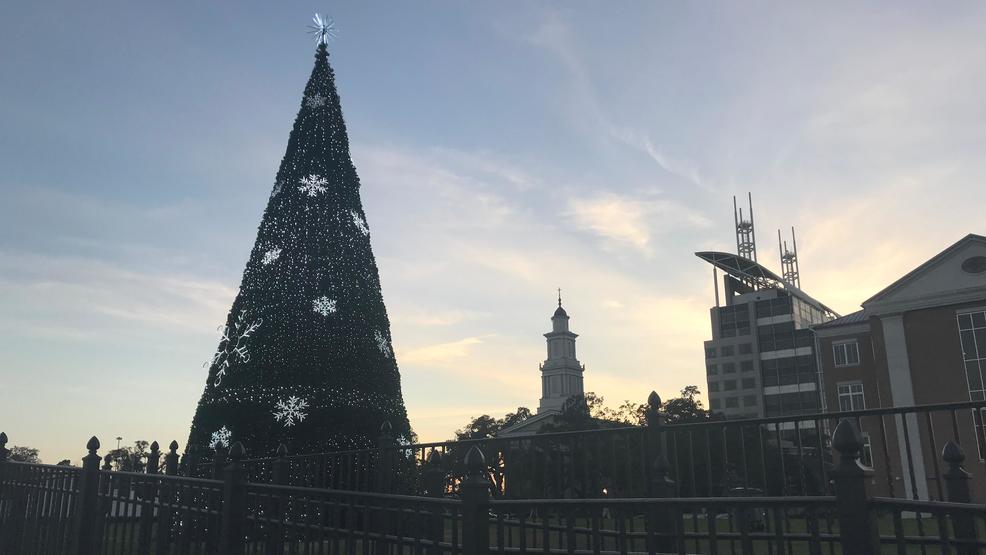 Last week, city council members voiced concerns about the cost for Christmas trees, some announced they were not aware of how much the mayor’s administration paid for the decorative trees until after the purchase was made.

These council member’s frustrations prompted NBC 15 to take action and request the figures behind this $108,000 purchase.

“That tree did not come before council and the tree was way over $100,000,” Councilmember CJ Small said last week at council, adding “Well the question at hand with CJ is, ‘if the Christmas tree went out like this, what else is going out like this? Is it cars, Christmas trees, paper products?’”

The city says council was notified when the purchase was made.

The bid process was made public and NBC 15 pulled the records on the city’s website.

The city purchased three trees from the lowest bidder totaling $108,000. One tree is currently at Mardi Gras park, an additional tree will be placed in Mobile next year and the third is for spare parts.

According to city officials, the trees have a 10- to 12-year life span so they are a long term investment.

“All of that was submitted, everybody saw that go through there and was never a question raised about it during that time,” Mayor Sandy Stimpson said, adding “That was how we were having the process at that time.”

Since this bid, the city council created an act saying high expenses should have to go through them so they’re on public record and transparent.

“If it’s something that they want to be aware of and want us to reveal it so they could look at it, I have no problem showing that,” Mayor Stimpson said, adding, “What I have a problem with is saying that it’s got to go on the agenda, it’s held over for a week and so it slows the whole process down for a couple of weeks. In my perspective, they’re trying to lever services to the citizens. That’s asinine.”