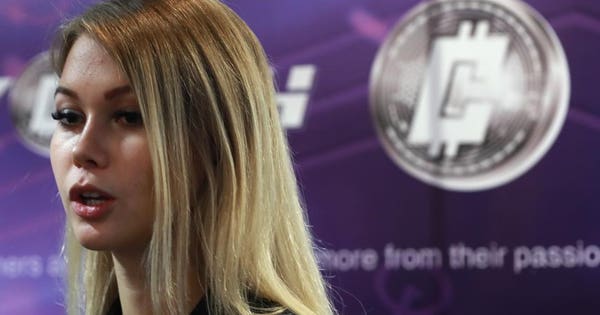 “Recently, I was at a summit where there was a ‘Pink Room’ – a place designed specifically for women. This was a rather offensive, yet telling sign of the industry. We should be using emerging industries like blockchain to end the stigmas of gender in technology, not to bolster it,” Anastasia Shvetsova, Managing Partner at M&amp;A PR agency, told me.

Shvetsova, who has been specializing in public relations for the tech industry for seven years, has seen her fair share of gender exclusive “themes” at technology conferences. From all-women discussion panels, to pink conference rooms designed specifically for women, gender exclusivity for women at tech conferences has become a common trend.

Yet while some women in the tech space highly encourage “all women in tech” panels, others are starting to express differing opinions, especially those females innovating in the blockchain and cryptocurrency space.

The Negative Impact Of “All Women” Panels

Arianna Simpson, managing director at Autonomous Partners, has participated in a number of panels at blockchain conferences and has also been a part of all-women panels in the past. Yet moving forward, Simpson has expressed that she will no longer participate on all-women panels that are focused on gender.

“I think women face many of the same challenges as men do in the tech space. For instance, I run a crypto investment fund, and ultimately how I am assessed comes down to the numbers — not gender. Most of my biggest challenges would be similar if I were a man. If the market is down 70%, it doesn’t care whether you’re a man or a woman,” Simpson told me.

Since both women and men are confronted with the same barriers in the general tech space, Simpson believes there is no logical reason for separating female and male speakers during blockchain and cryptocurrency panels.

I don’t like the idea of conference organizers combining all the women on a panel just to show that they are making an effort in the realm of diversity. What really gets me is that the majority of the time the women on these gender-specific panels aren’t talking about the most important topics. This isn’t the right approach. There are women who are experts on literally every subject on crypto and outside of that, so I think that bringing those highly qualified women on to the main panels is what should be happening, rather than saying, ‘look, we have a women in blockchain panel,’ taking place at this specific time, Simpson explained.

While some women – and men – may disagree with Simpson, she makes a valid point. As an example, many of the blockchain conferences I’ve recently attended do include all-women panels, yet during these sessions, the speakers tend to focus greatly on the role women play in the space. In turn, this creates a kind of barrier between female and male positions in cryptocurrency, blockchain and the overall tech sector. While these panels do raise awareness for gender diversity, they also group women into certain categories in terms of the roles that they contribute to.

“I don’t think it’s especially beneficial to raise awareness for diversity by performing a ‘feel good’ action and having an all-women panel where the speakers just discuss what it is like to be a woman in the space. This doesn’t move things forward. We should be bringing very qualified women into all the main conversations,” Simpson said.