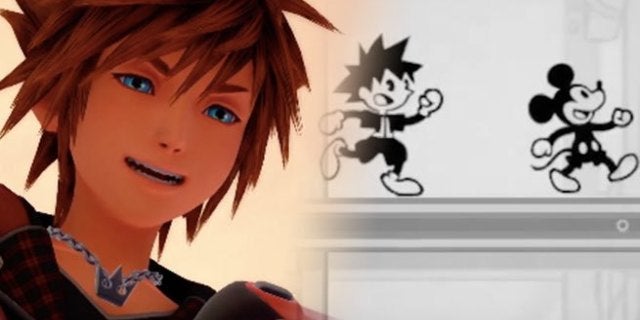 If you have been waiting for an update on Kingdom Hearts III, then Square Enix just came through for you all in a big way. Sure, the game may not have a release date as of yet, but gamers know a bit more about its mini-game options. So, if you check out the new trailer above, you can get your very first look at Classic Kingdom.

The new teaser trailer was posted to the official Kingdom Hearts channel on Youtube not long ago. The clip, as you can see above, shows off the original Kingdom Hearts trio as they play the title’s mini-games for themselves. You can check out the reel’s description below:

As you can see, the trailer shows Sora playing a bunch of mini-games which players will be able to test out themselves. Most notably, the protagonist is seen playing a version of Game & Watch that looks rather different than Nintendo fans are used to seeing. The classic LCD title has traded in its traditional stick man figure for Mickey Mouse and Sora, so gamers can get try out this stylized version of the handheld game for themselves. Game & Watch is also joined by several other LCD games such as The Barnacle Battle, The Karnival Kid, Giantland, and Musical Farmer.

Aside from these mini-game additions, fans are also scrutinizing this teaser trailer for any and all possible plot details. The video takes place in a town square which fans are already speculating about. Some are questioning if this could be a version of Traverse Town while others are curious if the French restaurant seen in the back could be indicating some sort of Ratatouille tie-in. However, the inclusion of three very familiar characters has others thinking about Twilight Town. Sora and his Disney comrades are shown hanging out with older versions of Hayner, Pence, and Olette from Kingdom Hearts II. The trio were close friends with Roxas in his world, so the characters’ reappearances have left fans with more questions than answers.

So far, there is no word on when this long-awaited Square Enix title will drop though recent rumors have indicated a November 1 release date could be slated. So, for now, it looks like Kingdom Hearts III will release sometime this year for Xbox One and PlayStation 4.

What do you think about these Kingdom Hearts III additions? Let me know in the comments or hit me up on Twitter @MeganPetersCB to talk all things comics, k-pop, and anime!