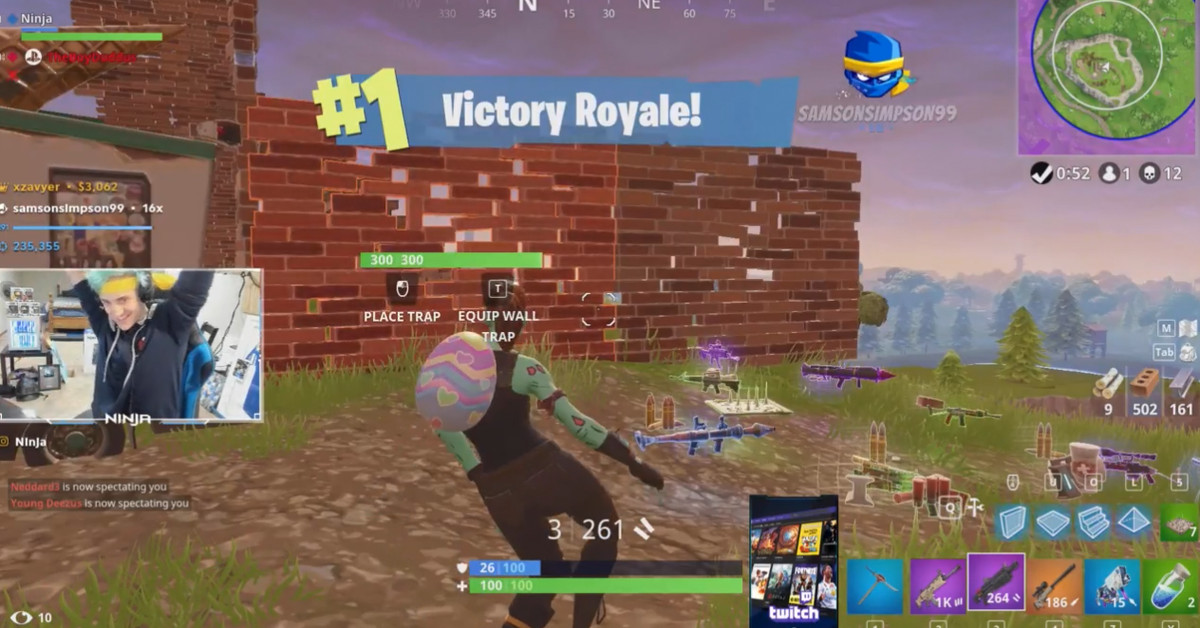 Popular streamer Tyler “Ninja” Blevins once again streamed Epic Games’ Fortnite with Drake on his personal Twitch channel this evening. The stream, which had more than 230,000 active viewers at one point, marks the second time the duo have paired up in the battle royale shooter, following a landmark stream last month with NFL player JuJu Smith-Schuster and rapper Travis Scott that broke the record for the most-viewed live stream on Twitch.

Drake, who plays on PlayStation 4 under the handle TheBoyDuddus, is a devout Fortnite fan who says he got acquainted with Ninja by watching him play on Twitch and seeing highlights of his best moments on social media platforms like Instagram and YouTube. In this particular stream, Drake appeared to be playing from a recording studio in London, with Drake mentioning potential latency issues from playing on the EU server. Yes, one of the world’s most popular rappers is bemoaning the perils of cross-continent gaming. What a time to be alive!

As of 9:20PM ET, Ninja and Drake had secured at least one duos victory, and they’re playing one more before Drake “has to go to work.” The final game the pair played involved Drake pledging to donate $5,000 to Ninja’s stream if he secured victory, which he did with a eye-popping 16 kills. Drake said he was a “man of his word,” and asked for the appropriate details to donate the money. Not a bad haul for a couple games of Fortnite.