The Nubia Z17S features a 5.73-inch LTPS TFT display with a screen resolution of 1080×2040 pixels. The handset is powered by Snapdragon 835 processor and runs on the company’s Nubia UI 5.1 based on Android 7.1.1 Nougat. The dual-SIM device sports a 12-megapixel Sony IMX362 sensor coupled with another 23-megapixel Sony IMX318 sensor offering up to 2x optical zoom and dual-tone LED flash. At the front, the handset offers two 5-megapixel front cameras with f/2.2 aperture. It features fingerprint sensor at the back and packs 3100mAh battery with fast charging support. The Nubia Z17S comes with USB Type-C port and supports up to 26W flash charge. 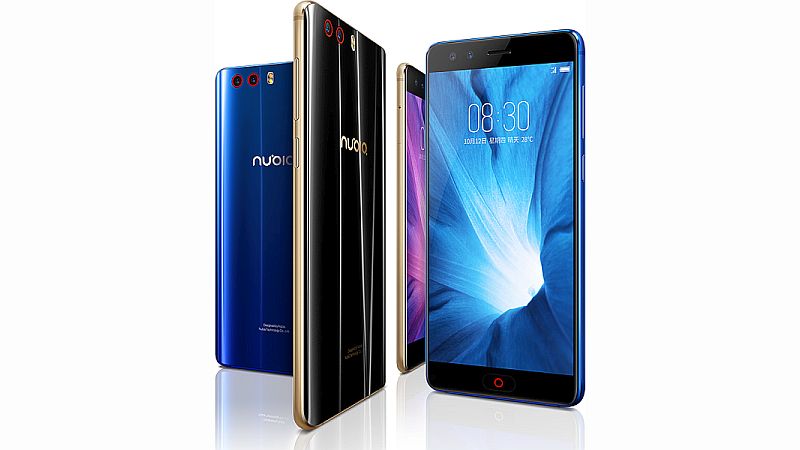 The Nubia Z17 miniS comes with a 5.2-inch full-HD display with curved glass and Corning Gorilla Glass 3. It is powered by octa-core Snapdragon 653 SoC coupled with 6GB of RAM. There’s 64GB inbuilt storage, and it supports dual-SIM. It runs on Nubia UI 5.0 based on Android 7.1 Nougat. The Z17 miniS sports two 13-megapixel Sony sensors (Monochrome + RGB) with f/2.2 aperture, NeoVision 7.0, and dual-tone LED flash. At the front, there’s a 16-megapixel sensor coupled with a secondary 5-megapixel sensor. The handset packs a fingerprint sensor embedded in the home button. It comes with a 3200mAh battery and ships with a USB Type-C port.