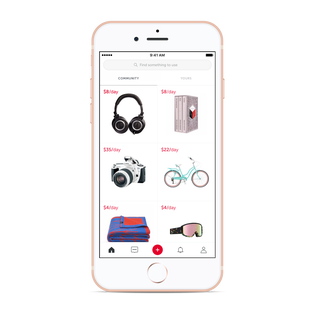 Becoming an entrepreneur in the past translated to “Oh, you don’t have a job?” but for the past 20 years, start-ups have been getting acquired for large amounts of money, and now everybody wants to be an entrepreneur. I’ve been hearing the terms scale, MVP, and “trying to close a round” more and more in my daily conversations with people. However, it seems the perspective of those on the outside of entrepreneurship looking in believe that once you “close a round” that you’re good to go and you’re off to becoming the next Elon Musk. That assumption is far from reality, in fact, when you close a round of funding, that’s when you’re just beginning to take responsibility for being an entrepreneur. You’re now the steward of other people’s money and the livelihoods of your team. The process of raising money can be a daunting task, but with the normalization of being a start-up company, you now even more avenues for raising money. These days, investors come in many forms—from micro investors on Kickstarter, to traditional VCs, to the founders of Cryptocurrency companies. I recently reached out to my friend Tom McLeod, founder of Omni, an on-demand storage platform, who recently closed a round of funding with a traditional and not so traditional mix. He recently attracted funding from Ripple’s CTO Stefan Thomas and Executive Chairman Chris Larsen on his last round. I was extremely curious about the semantics of this round and Tom was happy to answer my questions below:

You’ve closed a couple of funding rounds now, and a lot of entrepreneurs think that raising and closing capital is like it is in the show Silicon Valley? What’s your process, method, and secret sauce?&nbsp;

Ha, for better or worse, Silicon Valley does get a lot of things right—it’s the reason the show is so funny, but also so painful. Truthfully, there’s a vast number of challenges raising money in the Valley, many of which don’t make for good TV. The experience looks way different for men than it does for women or people of color, for one thing, and not everyone has a substantive VC connection they can call when they’re looking to raise. My approach—not just in fundraising but in general—is to develop real, meaningful relationships with people I like and trust as humans, and build a great business worth investing in. The secret sauce, if you can call it that, is having and selling a long-term vision that’s more than just dollar signs. Everyone who has invested in Omni did so because they believe in our vision of a cultural sea-change, not in a spreadsheet.

How did you attract a cryptocurrency to invest into Omni?

Just to clarify, the investment itself is from individuals on Ripple’s executive team, though we do have a business deal with Ripple Inc.

Last year I met Ripple’s CTO, Stefan Thomas, at a conference in Vienna. We ended up having an epic eight-hour conversation that planted the seed for the deal, and over the next six months, we worked closely with our teams to make it happen. The reason for the interest was because our visions for the future are in lockstep: At Omni, one way we see our company is as a ledger for your physical assets (i.e., stuff), and Ripple sees themselves as a connector of ledgers. Our visions for the future are aligned, in that we both see money and physical things moving through the world frictionlessly.