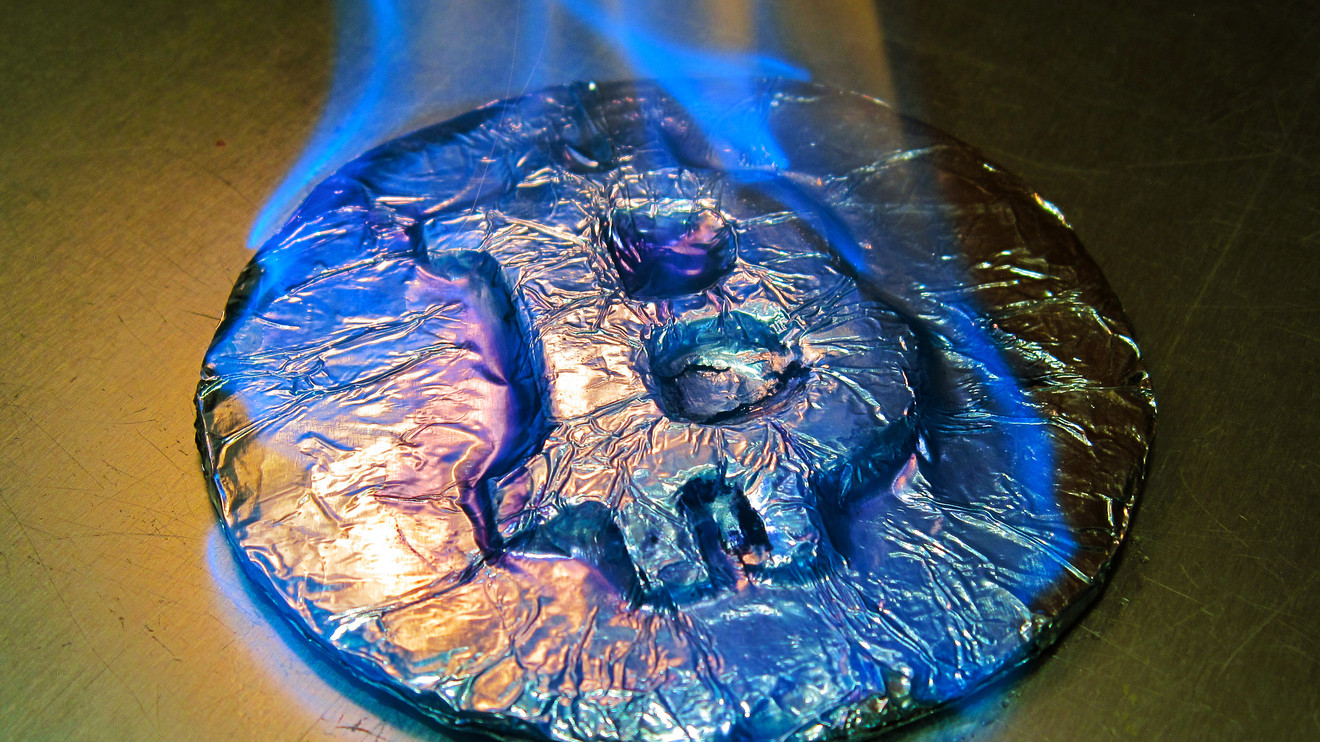 The blockchain economy is imminent, in one form or another. Little doubt remains that we will eventually move toward a world in which most of our transactions will be processed on the blockchain, and we will, over time, use cryptocurrency for our daily transactions. What remains to be seen is whether bitcoin or a competitor will be that cryptocurrency.

has a formidable first-mover advantage. Yet history has shown repeatedly that ‘me-too’ technology can improve on and dominate the first mover. Recall Webvan, which, despite having a valuation of almost $5 billion in 2001, failed to deliver on the promise of online grocery, paving the way for Instacart and others. Similarly, Myspace, one of the first social-media platforms, was eventually dominated by Facebook and other later arrivals.

What went wrong for Webvan is illustrative of one road bitcoin could take. Webvan’s high valuations prompted higher expectations that led to excessive expansion and subsequent collapse. Similarly, a per-coin valuation that recently peaked at nearly $19,000 and cheerleaders like the Winklevoss twins projecting a target of more than $320,000 have created unrealistic expectations for bitcoin.

Given the current state of the technology, bitcoin’s current price of around $7,000 — although still high compared to most of its history — is a relative disappointment. And this disappointment could lead to the demise of bitcoin.

In all competitive markets, the price at which a product is sold depends on the cost to manufacture it. A product can be priced at a premium only if it requires specialized knowledge or intellectual property that prevents other market participants from manufacturing and selling an identical product. For example, you may have a brand that others cannot replicate or a patent without which the product cannot be manufactured.

As a commodity, no such thing exists for manufacturing bitcoin and other mineable cryptoassets — with limited technical knowledge, anyone can mine bitcoins. Thus, the price of bitcoin must be close to the fully loaded cost of mining it (meaning you are modestly compensated for your time and capital outlay). Of course, underpinning the equilibrium value is an assumption that there is a use case for bitcoin, the value of which exceeds the cost of mining it.

Read: Here’s how much it costs to mine a single bitcoin in your country

The recent meteoric rise in bitcoin’s price attracted investors who were bound to be disappointed, because the price of bitcoin had far exceeded the cost of mining it. Not surprisingly, the investors who bought at these high prices had losses. But more importantly, the price spike also impacted the composition of bitcoin miners. The high prices attracted miners who realized that they could make arbitrage profits by mining and selling bitcoin in the futures market. With prices declining, these opportunistic miners are moving away from bitcoin.

The cost of making bitcoin is not a fixed-dollar amount; there is a feedback mechanism in mining any commodity. As the price of bitcoin increases, new entrants who want to mine bitcoin enter the market, increasing the effort required to mine a bitcoin, as its reward will be shared among a larger group of miners. Similarly, when the price of bitcoin falls and miners exit, the cost of mining decreases. However, the number of miners cannot fall below a certain level, because without the miners providing the computing power to maintain the ledger, the bitcoin blockchain will not remain viable.

If the price of bitcoin falls below its cost of mining, it will quickly go to zero.

The proponents of bitcoin would argue that we have seen large percentage declines in bitcoin prices before. Miners were providing the computing power when the price of bitcoin was in triple (or double) digits. But that was a different world — the participants in the bitcoin market were idealists and more interested in changing the world than making a fast buck — and they believed a decentralized monetary system based on bitcoin would enable them to get there. But the rapid increase in its value prompted traditional investors focused solely on their returns to enter the market. These investors were enabled by the exchanges, which improved the price discovery and liquidity by listing derivatives.

So, even though bitcoin has seen sharp declines before, there are three important differences from the recent decline:

• The magnitudes of past declines have never been as high as the magnitude of the recent decline.

• The losers in the recent decline are new investors who are unlikely to come back to bitcoin until there is much more clarity around bitcoin’s use cases.

did not exist before, and these markets allow miners to estimate their mining losses and profits at the outset. If I can buy in a futures market at a price below my mining costs, why would I ever mine for a sure loss?

Bitcoin’s recent decline may signify the beginning of a death spiral — if the price of bitcoin falls below its cost of mining, it will quickly go to zero. The blockchain technology is here to stay, but an improved coin might evolve, or governments might start issuing cryptocurrencies — in which case, bitcoin could become a victim of its own success.

Atulya Sarin is a professor of finance at Santa Clara University. He has written on currencies in his book “Foundations of Multinational Financial Management” (sixth edition) and has worked extensively as a valuation expert.