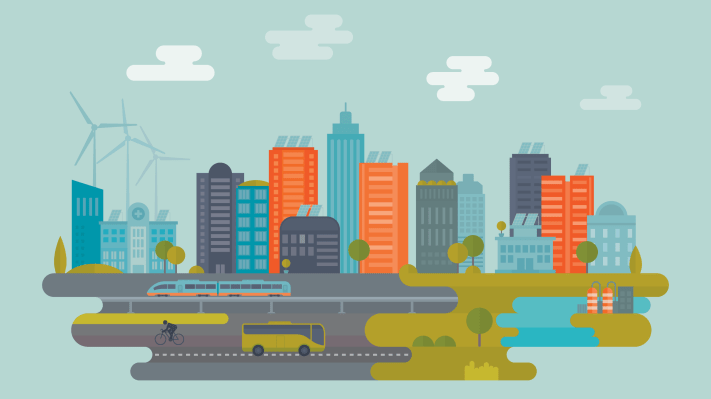 Google, more recently by way of parent company Alphabet, has been a prolific investor in startups across the globe by way of entities like GV and CapitalG. Today, it announced its newest effort in this area, specifically outside of the US. The search and Android giant is partnering with Orange Digital Ventures, the corporate venture fund of the French carrier Orange, on a new effort to find, fund, and potentially acquire startups in the EMEA region, and specifically in the areas of the internet of things, cybersecurity, cloud services, AI, fintech and connectivity solutions.

The two are not disclosing a specific fund size, nor are they talking about any financial terms in this deal at this point, except to note that the investments could potentially be made at any stage, from seed to growth, depending on the startup in question.

The two expect the first investments to be announced later this year.

“Our goal is to join forces in financing the most promising digital startups,” said Marc Rennard, the CEO of Orange Digital Ventures (ODV), said in an interview. “We will then work together to qualify them, and when a common interest is there, we will join forces to invest in them.”

To be clear, Google has confirmed to me that this is not an extension of GV or CapitalG but activity out of its corporate development arm, which also makes investments into companies when they are viewed as strategic to Google and a potential route to an acquisition. (One, slightly outsized, example of one these investments in a third party would be Google’s $1.1 billion deal to buy a part of HTC.)

“We are delighted to support Orange’s ecosystem of start-ups and innovation and to explore alongside them opportunities for co-investment in Europe, Africa and the Middle East (EMEA),” said Carlo d’Asaro Biondo, EMEA President of Google Partnerships, in a statement. “Orange’s ecosystem is consistent with Google’s know-how and our ability to accelerate the growth of start-ups. This partnership is a way to enhance our collective contribution to innovation in this region.”

Indeed, in a sense, the deal is mutually beneficial for both sides.

On the part of Google, the company has strong dealflow and outreach particularly among US startups, in keeping with it being based there, and when it comes to GV or CapitalG either in the US, Europe, or elsewhere, the efforts are not intended primarily to be strategic to Google’s own interests. But when it comes to connecting with startups in EMEA that might be useful companies for Google to work with and potentially acquire to expand its business, it may not be seeing as many of those as it wants to.

Rennard said that Orange, on the other hand, gets on average around 1,200 startups pitching it for investment each year, and that’s before you consider startups that might get introduced through other VCs it works with already like Partech.

The thinking here is that working with Google will help ODV better filter some of those opportunities to make sure that the most interesting startups with the most potential get spotted and backed, and also to help Orange and Google both get in on the best deals in what appears to be a competitive investing environment at the moment.

“Have we missed opportunities? Yes. Can we improve? Yes. Could we have invested in an Amazon or Google before they became what they are now? Yes, and maybe we should have,” said Rennard. He also admitted that Orange has found it a challenge to get in on some of the more obvious and interesting startups in EMEA.

“From time to time, it’s difficult to have a place at the table. When a startup decides to call for investors, they might cover all their needs from others, without any possibility of us entering too,” he said. “But with Google plus Orange, I think the company will think twice before rejecting us, so it may help us.”

There is another reason why it may serve Google well to do more in Europe. The company has been under a lot of scrutiny for its anticompetitive practices in advertising and in its Android mobile operating system. By investing in startups in Europe (and beyond) it’s one way for Google to position itself as a team player, supporting smaller tech businesses.

Orange and Google have been working together for some 10 years already in other aspects of their businesses including developing and building out connectivity solutions in Africa, which has also extended into developing cheap handsets together, and this investment plan is an extension of that as well.

Orange is no stranger to trying to work closer with tech companies to bring some of their ethos, culture, and rapid customer growth to their business — which, like many large carriers, continues to bring in huge amounts of cash and strong margins, but is often based on legacy services and therefore runs the risk of shrinking, being curtailed by regulators, or simply becoming less appealing to consumers. Previously, the company also partnered with Facebook to develop an infrastructure accelerator, also focused on emerging markets.

ODV was first established back in 2015 as a $23 million fund for early stage investments, a way for Orange to gain a better foothold in Silicon Valley, and has since grown to handling just under $500 million in investments across the world. Included in that, the carrier has also partnered with a number of other third parties, such as ad giant Publicis, to invest in companies that could potentially serve them to bring more cutting-edge technology into their businesses.