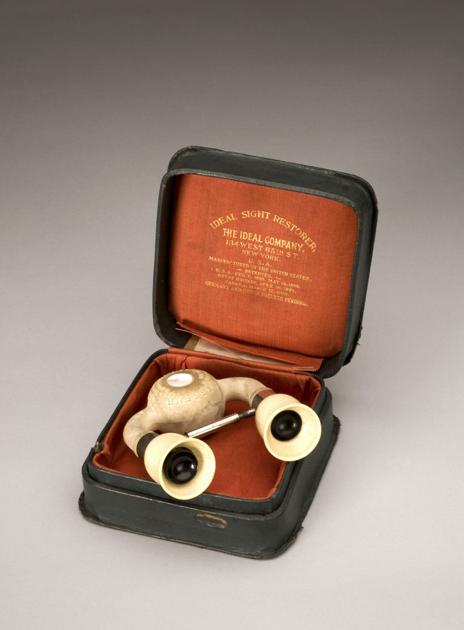 There are times in our lives when we have an illness or an accident for which would give anything if there were a quick cure. For centuries, some have taken advantage of this need and have tried to sell the public on a gizmo guaranteed to cure a malady. In reality this practice continues today – just spend some time watching late-night television.

The advent of electricity opened an entire venue of gadgets intended to make a buck for the seller and give hope to the buyer. Today we can’t imagine people actually paying money for something like an electric flesh brush to cure palpitations. Even so, this was a golden opportunity for the seller – they had a gadget powered from a source most people couldn’t even begin to understand and most often there were few cures for the malady at hand. Something like the electric belt or headband offered hope where none existed for a few dollars.

The medical profession of the past was not as extensive or monitored as it is today, so gullible folks could readily be sold a “cure” with few consequences if it didn’t work. The truth in advertising movement was in its infancy, so few people were going to stop an electric treatment ad touting the cure for “pain, weakness and nerve vital derangements” from a layman not a doctor.

Diagnostic machines were a hot item in the day as well. There were several cap or bonnet-like instruments that would fit over one’s head and give a synopsis of one’s health. For example, one machine would count a person’s head bumps and determine their problem and recommend a cure. This all played into the science of phrenology, defined as “a pseudo-science developed in the 19th century that said one’s personality, talents and mental ability could be determined by measuring different portions of the brain.”

This is an interesting venue, and there are collectors who enjoy the advertisements for these quack gadgets as much as the gadgets themselves. To further study this venue one might want to visit the Museum of Questionable Medical Devices located in the Science Museum of St. Paul, Minnesota. To just peruse their website is a trip unto itself – museumofquackery.com. This would be a good place for anyone interested in this topic to start their research.

Jean McClelland writes about antiques and collectibles for The Herald-Dispatch.