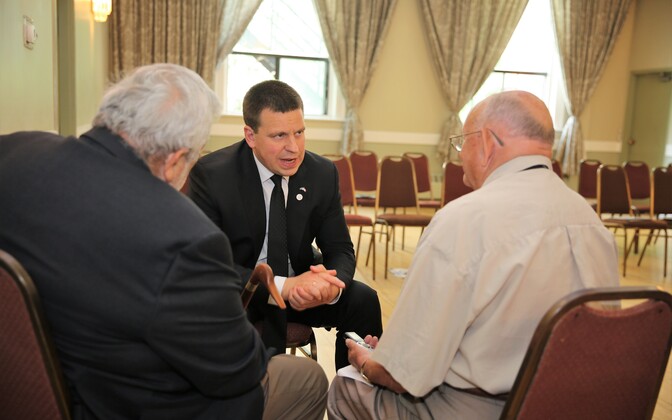 “There is some room for growth in the trade between Estonia and Canada. Last year, Canada was the 29th trade partner to Estonia and direct investments were modest. At the same time, the Canadian economy is near the top 10 mark in the world in terms of size, which is why I am convinced that Estonian companies will be able to find suitable niches for operating here,” Ratas was quoted by government spokespeople as saying. He expressed hope that the relations between Canadian and Estonian entrepreneurs will gain new strength, also seeing the mutual interest and desire to cooperate between the countries.

Ratas added that in addition to the enlivening of trade, there is definitely room for growth also in the cross-border trade of services.

The prime minister said that the cooperation desire of the entrepreneurs and investors is also increased by the free trade agreement of the European Union and Canada, which Estonia has approved. “The decrease in foreign trade restrictions, clear rules and a sense of security that the free trade agreement guarantees, are the basis for good economic relations,” Ratas said. For example, the agreement lowers the sales price of Estonian goods in Canada and makes the things Estonia offers more competitive.

As both Estonia and Canada belong in the Digital 7 network bringing together leading digital countries, representatives of Canada were very interested in how Estonia has built up the X-Road data exchange layer in information systems, e-services and IT systems as well as the e-state in general.

Ratas is accompanied on his four-day visit by a 20-strong business delegation, including entrepreneurs in the IT and electronics sectors, as well as business services, construction, manufacturing and tourism.