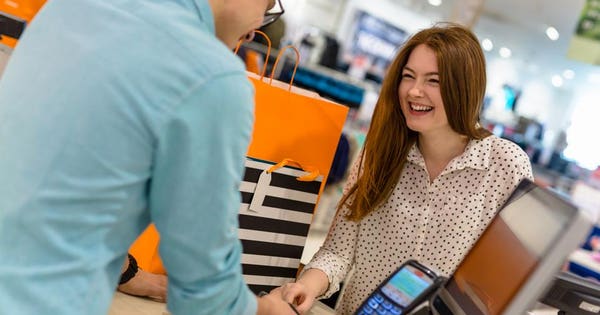 Faster than retailers have been closing stores, they have been shedding workers. This comes from a report in Wall Street Journal. With unemployment at historic lows, 3.9% and its lowest level since 2000, and the US economy adding jobs for the last 7 years and 7 months, the longest in history, the people losing their retail positions are likely to be weathering the storm. The same can not be said for the retailers that are left understaffed with their customers underserved.

The biggest job cutters – Macy’s, J.C. Penney, Kohl’s, Nordstrom, Target, Walmart – are also among the biggest losers in the increasingly competitive retail market. Retail stores and the personal touch that their retail employees can deliver is their greatest competitive asset against the onslaught of Amazon and online shopping. Yet brick-and-mortar retailers continue to shoot themselves in the foot by getting rid of the people resources that can make the real difference.

The aggressiveness with which retailers have cast off employees in an effort to reduce costs is staggering. Macy’s eliminated 52,000 workers since 2008 and Penney now staffs its stores with an average 112 workers, down from 145 ten years ago. The WJS also reports that Kohl’s, Nordstrom and Walmart all have experienced similar per-store staff cuts. In just six-months from October 2016-March 2017, the New York Times reported that some 89,000 workers in general merchandise and department stores were laid off.

But while these retailers may see benefits of reduced labor costs on their bottom line, they have failed to measure the impacts to the revenue top line. “Many retailers are at the tipping point of cutting too much labor,” Craig Rowley, a senior partner at executive search firm Korn Ferry International, is quoted. I’d say, rather, they have already tipped over that point.

Customers don’t have time to wait in lines or search out people on the sales floor to get help, ask a question or open locked display cases. And retailers can’t afford to let their in-store customers leave the store unhappy and frustrated or empty-handed. That’s where the real loses show, some $37.7 billion according to a study by Adyen, a credit-card processor, that found 86% of consumers say they left a store without a purchase when faced with long check out lines.

Time to invest in people for the greatest ROI

Retailers have been on a cost-cutting frenzy since the Great Recession. But where they started cutting bloated operational fat, they now have cut much needed muscle, contends business school professor at Texas A&M University Rogelio Oliva.

In lowering personnel costs to improve their bottom line, retailers are costing themselves dollars on the top line. “Retailers need to move past the inclination to minimize cost by understaffing stores because it has a big impact on profitability,” Oliva says. “They could generate more sales if they staff at the correct level. Stores should staff to maximize sales and profits, not to minimize costs . ”

Not just anybody, but the right body

But its not enough just to have warm bodies on the sales floor, these employees also must be trained and developed to realize a profitable return on investment. “Retailers are desperate to reduce costs, and labor is the biggest cost,” he says. “But it becomes a self-fulfilling prophecy. If you aim to minimize labor costs, eventually you are going to get what you pay for. The result is they get mediocre performance that basically confirms the attitude that employees don’t add value.”

This has created an endless feedback loop in measuring employee contribution to retail performance. “Overworked workers on understaffed retail floors can never provide good service,” he explains. “Which just reinforces management’s opinion that mediocre performance is what is expected so they don’t see the benefit of staff and the erosion continues. They have dumbed down the job to the point that they can pay whatever they’re paying if their goal is to minimize costs.”

In not seeing the real, measurable value of retail employees, managers have no incentive to develop or train them. They are simply a replaceable cog in the retail wheel. “If all you need is someone to stand behind a cash register, then if one of them leaves, you just hire someone for the lowest possible salary you can afford,” he says.

To realize the benefits of proper retail staffing, managers must invest in their essential human capital. “If you don’t train them and develop them, then they are replaceable and there’s no incentive for the employer to pay more,” he stresses.