First noticed by “That Damn Kid” on NeoGaf, Target currently has a listing up simply labeled “Bethesda: Game of Thrones.” To add a little fuel to the fire, we do know that Bethesda currently has two unnamed, large-scale products in the works.

There have been surprisingly few Game of Thrones-related games over the years since the show began, so it would be no surprise to see one get off the ground now, especially with the show on its penultimate season. And with the season finale of that season airing tomorrow, there may be an official announcement coming in the future if this is a real game.

Currently, there are a couple of Game of Thrones related games in the works. The first is the second season of Telltale’s game, and the second is a web browser MMO being developed by Bigpoint and Artplant. The web browser game was announced back in 2012 and has not had much news since. Game of Thrones season 2 from Telltale has no set release date, either.

Back in 2012, Cyanide Studio put out a game simply titled Game of Thrones that was an action RPG. Considering that is what people would be looking for in a Game of Thrones game, it’s been a while since that attempt was made.

And with a name like Bethesda attached, known for their open world and action combat, Game of Thrones may be a good fit to some fans. I’m sure plenty can imagine running around Westeros as a knight or what have you.

Of course, remember this has been no official word yet, so take it with a grain of salt.

While not a huge Bethesda fan, I won’t lie that being able to run around a well-realized Westeros would be a lot of fun. However, with no confirmation, this is just daydreaming at this point. I just hope that if this is the case, there is a unique story and not something just taken from the books or show with the character names swapped. Or just the characters themselves. There is plenty of room for more stories in A Song of Ice and Fire.

Have a tip for us? Awesome! Shoot us an email at [email protected] and we’ll take a look! 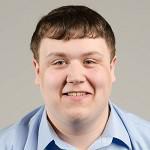 Editor in Chief at TechRaptor. Lover of some things, a not so much lover of other things.