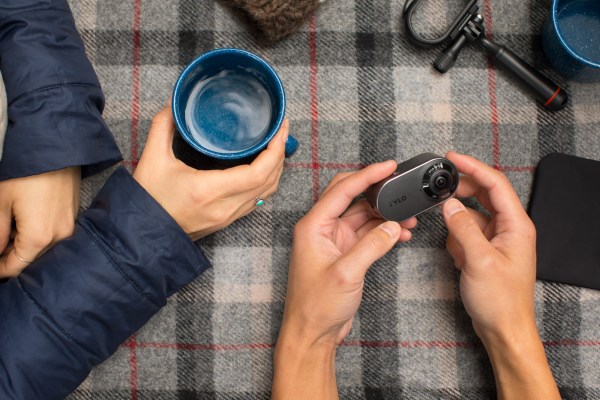 Rylo wants people to use 360 cameras to capture everything around them, then use software to determine what exactly they want after the fact. Today, the startup is adding a new feature to the app, a new feature to the camera and a new camera effect to keep things interesting on the company’s 360 camera that’s not really a 360 camera.

When it comes to functioning like an action camera, there are a few things 360 cams really aren’t suited for. For instance, when you’ve chest-mounted the camera, you can fairly expect that about half of its footage is not going to come out very well. For such situations, Rylo is building a 180-degree mode for its camera. The company said that mode will offer “increased resolution and better image quality.”

Indeed, 180-degree video has earned a few headlines since YouTube introduced a VR180 mode last year with the goal of making an immersive format that did more without forcing creators to reinvent all of the workflows. While Rylo’s single lens take will not be able to do so in 3D, the company’s focus is still more on punching out a traditional letterbox format rather than building content ripe for viewings on VR headsets.

For the camera’s time-lapse mode, Rylo is also going to be adding a cool new “motion blur” effect that seems pretty apt for creating the perfect montage.

Another feature coming to the Rylo will be Bluetooth remote capture. This is a fairly expected feature for a 360 camera, and will allow you to start and stop recording from your app over Bluetooth. What’s more useful is that users will also be able to switch modes so they can switch to snapping photos or dive into the new 180 mode without physically tapping on the camera itself.

These aren’t the biggest feature upgrades in the world, but count them as continued refinements to one of more interesting spherical cameras out there. These updates go live today on the company’s Android and iOS apps.