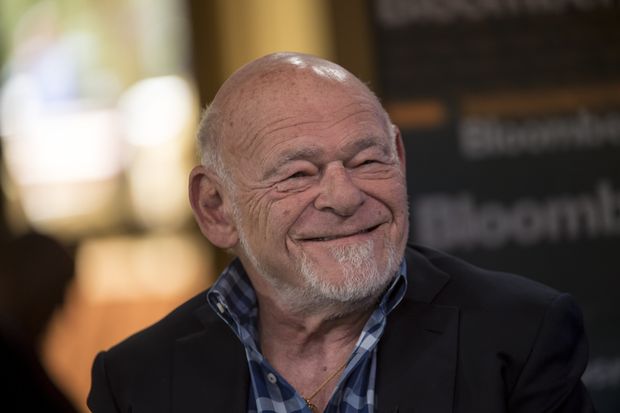 A venture led by

Group Inc. is investing more than $300 million in Argentine real estate, a vote of confidence in the economic overhaul being pursued by the three-year-old government of

The venture has purchased a portfolio of commercial property including an office park and mall in the Buenos Aires area and land for future development. It is also buying the developer of those two projects, a company named Rukan, which is being renamed ARG Realty Group.

ARG Realty plans to spend more than $200 million in the “next few years” to buy other properties and develop projects in the pipeline, said

“Argentina has been a country that’s been shut out of the capital markets for over a decade,” he said. “From a real estate perspective, it’s been starved.”

The deal is one of the largest foreign investments in Argentine real estate since Mr. Macri took office in 2015. He has scrapped currency controls and has been pushing forward a wide range of tax cuts and austerity measures designed to overhaul the country’s economy and attract investment.

Goldman is investing in the venture through its merchant-banking division, which operates as a private-equity firm. The deal marks the first time the division has invested in Argentina in more than 15 years.

Mr. Zell, who is chairman of Equity International, is a well-known U.S. real-estate investor with a career spanning a half century. He made a fortune—and earned the sobriquet of the “grave dancer”—buying distressed real estate in the early 1990s and profiting handsomely later. In 2007, he sold Equity Office Properties for $39 billion in the largest-ever leveraged buyout at the time.

Since then, most of his real-estate investments have been through Equity International, which focuses on building property companies in emerging markets and taking them public. Eventually that is what the venture hopes to do with ARG Realty, Mr. Heneghan said.

Equity International began eying Argentina five years ago, but the country was still “a bit of a mess” back then, Mr. Heneghan said, partly because of its history of defaulting on sovereign debt. Last year, Mr. Zell met with President Macri and was impressed by his plans, Mr. Heneghan said.

It is too early to gauge how successful Mr. Macri’s strategy will be.

“The question is: are they really on a path to fixing it and living up to their potential, or could they disappoint,” Mr. Heneghan said.

If Argentina disappoints, the venture has “downside protection” from the income from the office building and mall, he said. That net income amounts to a double-digit yield on the venture’s purchase price, he said.

Rukan was the real-estate-development unit of Grupo Pegasus, a South American investment firm with offices in Buenos Aires and Bogotá.

Jeronimo Bosch, one of the founders of Pegasus, will continue to work for ARG Realty as a senior executive on the management team. Also, some of the original investors in Pegasus, including Centaurus Capital LP, are participating in the new venture.

About $240 million of the Rukan purchase price is going for land, the operating business and the two buildings: a 50,000 square meter (538,000 square foot) office park named Urbana and the 45,000 square meter Tortugas mall north of Buenos Aires. The rest is capital for future growth in expectation the economy gains traction.

Mr. Heneghan said the venture is considering investments in all classes of commercial real estate.

Write to Peter Grant at peter.grant@wsj.com