Samsung last week refreshed its smartphone lineup with the introduction of dual cameras in Galaxy Note 8, and it seems like the South-Korean company is planning to continue this trend with its upcoming smartphones as well. Last week, Samsung was reportedly teasing the launch of another dual rear camera smartphone, the Galaxy J7+, in Thailand. Now, the live images and hands-on video of Galaxy J7+ have surfaced on the Internet, giving us a head-to-toe view of the smartphone.

Now, a Weibo user has now posted the live hands-on images of Galaxy J7+ that go inline with the reported teaser spotted in the earlier report. For the specifications, the Samsung Galaxy J7+ is said to sport a vertical dual camera setup on the rear side comprising of a 13-megapixel camera with an f/1.7 aperture and a 5-megapixel camera with an f/1.9 aperture. There will be a 16-megapixel front-facing camera on the smartphone. 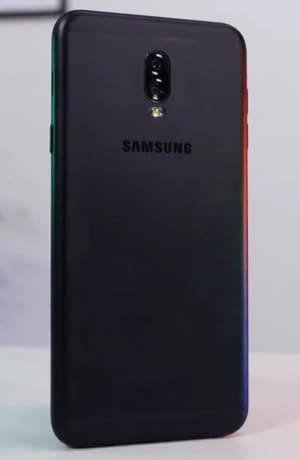 Apart from the camera specifications, the Samsung Galaxy J7+ is said to sport a 5.5-inch full-HD (1080×1920 pixels) Super AMOLED display, 4GB/32GB RAM and inbuilt storage memory with expandability via microSD card (up to 256GB), and a 3000mAh battery. The smartphone is also purported to have a metal unibody design similar to the Galaxy J7 (2017). It will run Android 7.1.1 Nougat out-of-the-box.

Apart from the dual cameras, also continuing is the placement of Bixby button at the left side on the Galaxy J7+, which was reported earlier. There will also be a fingerprint sensor likely embedded in the home button. There is no information about the price of the smartphone as of now.