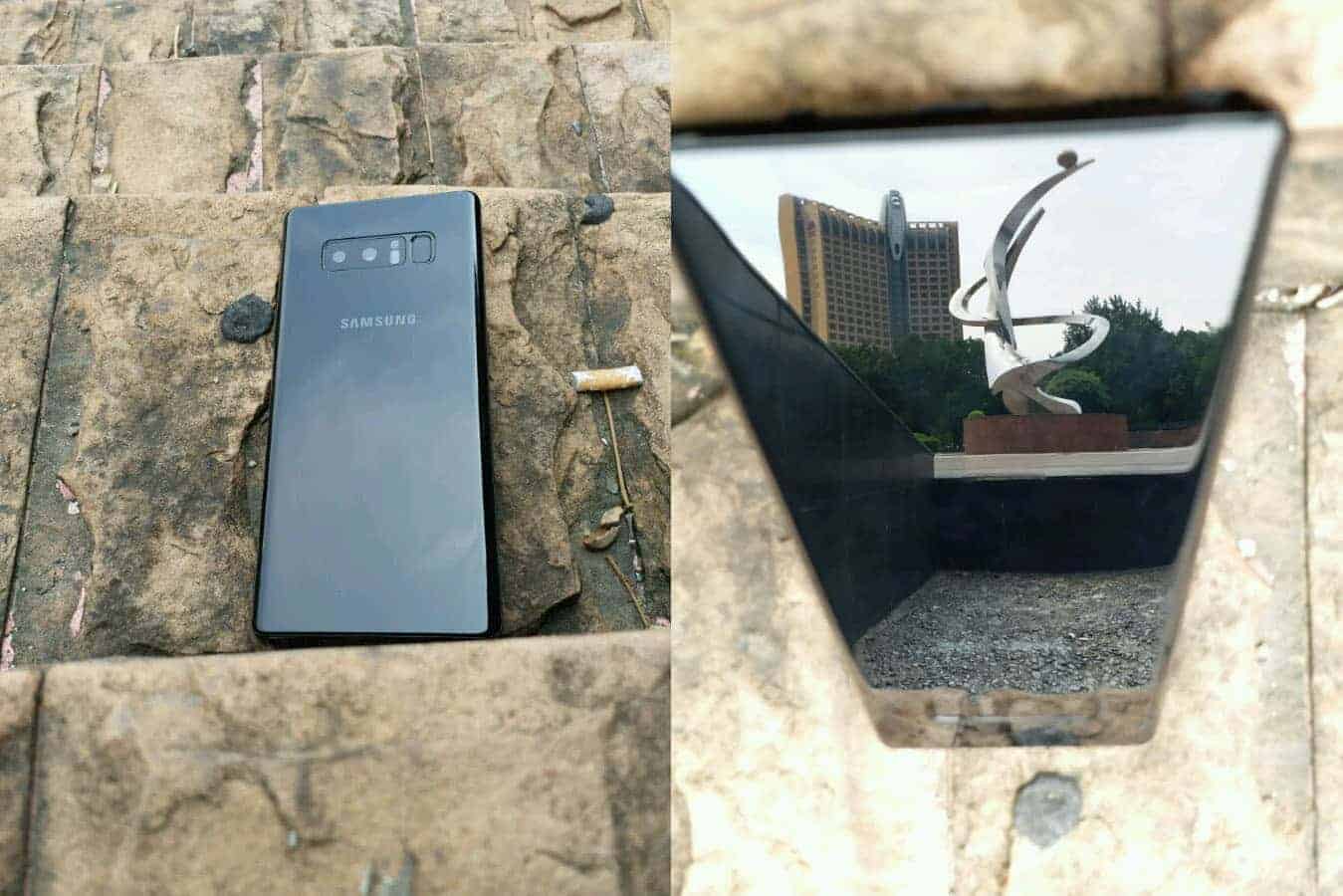 Seven real-life images depicting what’s thought to be a Galaxy Note 8 dummy unit appeared online earlier today after being shared by one industry insider from China. The photographs that can be seen in the gallery below may not show the actual smartphone, though the design of this placeholder unit is presumably identical to the finished product and is also largely in line with previous supposed sightings of Samsung’s highly anticipated Android phablet. The newly uncovered images hence depict a replica of a device that’s relatively similar to the Galaxy S8 and Galaxy S8 Plus, save for its more blocky design which loses aggressively rounded corners in favor of a more rectangular look, with the phone itself also featuring a dual camera setup with two sensors arranged in a horizontal manner and positioned to the left of a dual-LED flash, heart rate monitor, and a fingerprint scanner.

According to the latest leak and numerous older ones, the Galaxy Note 8 will be equipped with a physical Bixby button and feature a slightly larger version of the 6.2-inch Infinity Display found on the Galaxy S8 Plus, with this particular screen also adopting an 18.5:9 aspect ratio but with a 6.3-inch diagonal. The recently leaked photos show the bottom side of the phone which houses the new S Pen on the right, with industry insiders previously saying that Samsung’s latest stylus will come with a wide variety of new features allowing users to quickly select and translate sentences and convert currencies, among other things.

The Galaxy Note 8 is said to be powered by the Qualcomm Snapdragon 835 in the United States, while its international variant will supposedly ship with the Samsung-made Exynos 8895 which already debuted in the Galaxy S8 series. The flagship should have at least 6GB of RAM and 64GB of native storage expandable via a microSD card slot, and while the Korean OEM is also supposedly working on variants with 8GB of RAM and more internal flash memory, it remains to be seen whether those units will be available outside of select Asian markets, provided that they exist. The Galaxy Note 8 will launch next Wednesday, August 23, and is expected to be released by late September.