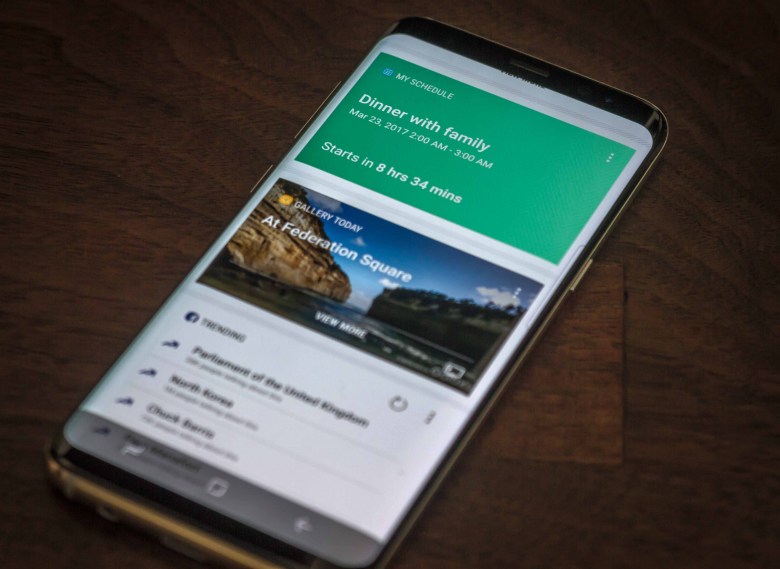 Some argued that Samsung set the bar too high for Bixby, given that the voice-enabled AI assistant played a central role in the Galaxy S8’s launch a few months back but was nowhere to be seen when the device went to market.

Bixby first arrived in its native Korea in early May, followed by the U.S. last month. Today, Samsung announced that Bixby’s voice smarts have expanded to more than 200 markets globally, including Canada, the U.K., Australia, and South Africa. The electronics giant likely highlighted these markets specifically because English is a native tongue in each of them, and Bixby is still only conversant in English and Samsung’s native Korean.

Bixby is lagging behind its rival assistants, including Apple’s Siri, which is conversant in 21 tongues (not including regional variants); Microsoft’s Cortana, which can speak eight languages; and Google’s Assistant, which as of this summer will be able to converse in five languages, with another four expected by the end of the year. Amazon’s Alexa currently only supports U.S and U.K. English, in addition to German.

English is, of course, the most widely spoken language when you factor in second languages, and is the lingua franca for many. But Bixby has only been trained in U.S. English, which means Samsung can’t promise it will understand your particular brand of English, and the company is hesitant to big-up Bixby’s language skills at the moment. Indeed, Samsung has watered down the original hyperbole regarding Bixby.

Bixby may not yet be on par with the likes of Siri or Cortana from a language perspective, but Samsung is adamant that it is investing resources in its smart assistant. In fact, Samsung went so far as to include a dedicated physical Bixby button on its flagship phones, which some users had taken to remapping to perform other functions, though Samsung eventually blocked this capability.

“The expansion of Bixby’s voice capabilities is an initial step in the continued rollout of Bixby functionality,” said Injong Rhee, head of R&D for software and services at Samsung’s mobile unit. “In the future, Bixby will have the learning power to offer more intelligent and personalized interactions and seamless connections across more devices.”

Samsung added that Bixby would support more languages in the future.