Improve self-driving car technology. We have a history in this country of confronting our fears to create a safer and more accessible world for all. 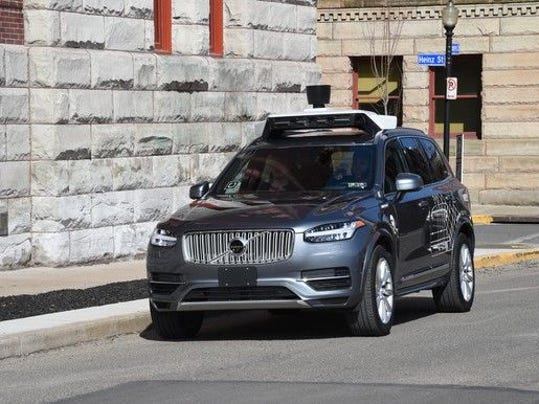 Recent news of the first pedestrian fatality caused by a self-driving car emanated like a shock wave across the tech industry. So many precautions had been taken, so many test trials run, so many possibilities accounted for — and yet, a life is lost. And several days later, the industry was rocked again when a driver in California was killed when his car crashed while in autopilot mode.

It’s a time of sadness and doubt, and one the industry cannot take lightly. Consumers have — quite rightly — called for increased scrutiny and greater accountability from tech leaders. And we owe it to them to fully investigate what caused this tragic accident. Only an ongoing, transparent discussion will create the sort of framework that combines consumer safety, company accountability and flexibility to advance self-driving technology and prevent this from happening again.

More: Your new self-driving car will be pioneered by a farmer

A key part of that discussion requires acknowledging the difficulties inherent in technological disruption.

Disruption — with all the change, uncertainty and sometimes pain it can bring — is not always an easy reality to accept. But we have a long, proud history in this country of confronting our fears and harnessing disruption to create a safer, fairer and more accessible world for all. Now is not the time to abandon an innovation such as self-driving technology, which has the potential to save thousands of lives every year and provide unprecedented mobility options for underserved populations.

This is true across the transportation spectrum. Few of us would want to return to a world where land or sea travel were our only options. Today more than 2.5 million people fly in the U.S. every day. And 2017 was the safest year for passengers in the history of air travel. But the safety and security that passengers have come to expect didn’t occur immediately.

It took years of investment and years of missteps to create the safe flight ecosystem we now have in this country. In 1956, for example, two planes collided mid-flight near the Grand Canyon. This tragedy led to renewed investment in air-traffic control systems nationwide and spurred the creation of the Federal Aviation Administration. The result? Mid-air crashes are now extremely rare, and we can travel virtually anywhere in the world safely and efficiently.

Self-driving technology has the same kind of potential.

More: Make an end-of-life plan or lose your money and choices in your dying days

POLICING THE USA: A look at race, justice, media

According to the National Highway and Traffic Safety Administration (NHTSA), more than 37,000 Americans were killed on the road in 2016 — and 94% of all serious traffic accidents are tied to human error, according to a survey taken from 2005-2007. There’s no denying that self-driving technology has a long way to go before it’s ready to be implemented on a large scale. But once it is, it could drastically reduce the number of fatalities on our roads and eliminate the problem of drunk and distracted driving altogether.

And while we must study and learn from the fatal self-driving crash in Arizona, we also need to recognize the facts: That same day, roughly 90 people were killed on U.S. roads due to human — not machine — error.

We must not let the perfect be the enemy of good.

Self-driving vehicles have the potential to eliminate the majority of accidents. Beyond America’s roads, countries around the world suffer from the same epidemic — each year, more than one million people die globally in traffic accidents. By allowing innovative companies to invest in and advance this technology, we’re offering the world a chance at a miracle cure for one of the greatest health crises of our time.

As artificial intelligence becomes more ubiquitous, we’re entering uncharted territory. But let’s not forget that swift, knee-jerk responses could set a precedent for decades to come and ultimately stifle innovations before we realize their full potential.

Innovation requires industry and government to communicate, as we safely transition to self-driving vehicles. The disruption brought about by this technology is inevitable – but how we address it will determine how quickly we achieve fatality-free roads.

Gary Shapiro is president and CEO of the Consumer Technology Association (CTA), the U.S. trade association representing more than 2,200 consumer technology companies, and author of the New York Times best-selling books, Ninja Innovation: The Ten Killer Strategies of the World’s Most Successful Businesses and The Comeback: How Innovation Will Restore the American Dream. Follow him on Twitter: @GaryShapiro