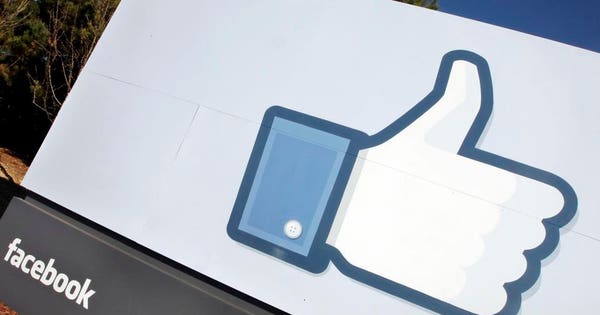 Digg is a social news website that launched in 2004. Digg saw rapid growth in 2008 and was reportedly in acquisition talks with Google back then. However, the talks with Google reportedly fell through and Digg ended up being sold in portions to different companies. For example, the website and technology sold to Betaworks, some of Digg’s patents were sold to LinkedIn and a number of staff members were hired by The Washington Post.

BuySellAds CEO Todd Garland told Fast Company that he feels Digg is a great property and “attracts a crowd that is like an internet subculture, in a way.” And he said that BuySellAds plans to streamline Digg and build up its ad stack. Plus Garland said that Digg will continue to have editorial independence.

Civil, a blockchain-based digital publishing platform company, also hired eight members of Digg’s technology team. Civil believes that this would be a way of exploring a larger partnership with Betaworks.

Facebook is still rebuilding its reputation following the Cambridge Analytica scandal in which the data of over 87 million users was exploited. So&nbsp;Facebook created a new ad campaign centered around its goal of keeping your information safe and protecting your privacy. The video campaign is called&nbsp;Here Together:

“We’re committed to doing more to keep you safe and protect your privacy. So that we can all get back to what made Facebook good in the first place: friends. Because when this place does what it was built for, we all get a little closer,” wrote Facebook in the video description.

The TV spot aired during the NBA Playoffs on Wednesday night.

On Wednesday, Facebook reported $4.99 billion in quarterly profits on sales of $11.97 billion. These numbers are well over Wall Street estimates of about $4 billion and $11.4 billion, respectively. Facebook’s stock price surged shortly after.

“Despite facing important challenges, our community and business are off to a strong start in 2018,” said Facebook CEO Mark Zuckerberg in the earnings release. “We are taking a broader view of our responsibility and investing to make sure our services are used for good. But we also need to keep building new tools to help people connect, strengthen our communities, and bring the world closer together.”

During the earnings call, Facebook chief operating officer Sheryl Sandberg acknowledged that the company thought about other monetization forms including a subscription model. However, Sandberg pointed out that there are 80 million Pages using Facebook on a monthly basis and 6 million are advertising on the platform. For Instagram, there are over 25 million business profiles — of which 2 million are advertisers.

Motherboard recently noticed that Facebook was being used by cybercriminals as a way to steal addresses, birth dates, social security and credit card details. Facebook ended up deleting the posts in question after it was flagged by Motherboard, but a number of the malicious posts remained online for years.

“These weren’t very hard to find. It was as easy as a simple Google search,” wrote Motherboard’s Lorenzo Franceschi-Bicchierai. “Most of the posts appeared to be ads made by criminals who were trying to sell personal information. Some of the ads are several years old, and were posted as ‘public’ on Facebook, meaning anyone can see them, not just the author’s friends.”

Independent security researcher Justin Shafer spearheaded the investigation and had notified Motherboard that this was happening. Facebook told Motherboard that it removes this type of material when it becomes aware of it. And Facebook said it is encouraging the community to report anything that they see that should not be on the social network.

Forbes reporter Kathleen Chaykowski reported that Facebook has made its internal community standard policies public, which describes in detail how the company decides what content to take down. As&nbsp;Facebook has 7,500 content moderators working in 40 languages, this document shows how they decide when to take down containing hate speech, nudity and bullying.&nbsp;Previously, Facebook had a shorter version of its community standard policies online.

Facebook is also adding a way for users to appeal content if it gets taken down. And the appeal gets reviewed by a moderator within a day. Plus Facebook is going to add appeals for additional types of content.&nbsp;Facebook uses a combination of artificial intelligence and manual reviews in deciding what to remove.&nbsp;

The Community Standards are split into several sections including violence and criminal behavior, safety, objectionable content, integrity and authenticity, respecting intellectual property and content-related requests.&nbsp;Facebook will also host a series of public summits around the world this summer to collect feedback.

“We decided to publish these internal guidelines for two reasons. First, the guidelines will help people understand where we draw the line on nuanced issues,” said Facebook’s VP of Global Policy Management Monika Bickert in a blog post. “Second, providing these details makes it easier for everyone, including experts in different fields, to give us feedback so that we can improve the guidelines – and the decisions we make – over time.”

According to Business Insider, Facebook is going to become much more transparent about political ads posted to its platform in the UK. All of these types of ads will be labeled as “political” and the company will only accept this type of content from authenticated accounts. Plus political ads will be placed in a searchable archive for 7 years so people can see how many times those ads have been viewed and how much they cost during that timeframe. And people will be able to see the demographics that were targeted by the ads.

Facebook has named former FCC chief Kevin Martin as its interim head of US public policy. Martin has replaced Erin Egan, who will continue to work as Facebook’s Chief Privacy Officer. Martin led the FCC between 2005 and 2009 and joined Facebook in 2015 as a VP for mobile and global access.

A Facebook spokesperson pointed out to CNBC that Egan was wearing both hats at the company. And so Egan will focus on her expanded duties as the chief privacy officer.

Martin is going to report to Joel Kaplan, the VP of global public policy at Facebook. Interestingly, Kaplan and Martin had worked together during the 2000 George Bush and Dick Cheney presidential campaign.

In a blog post, Facebook said that apps will no longer be able to automatically post content to your profile. A number of other deprecations were announced in the blog post, but the change involving automatic posting from apps was the most notable.

Archibong said that these changes are being made because data protections for people using the platform is top priority. And he said that if a business or service was impacted by the changes and there is an urgent need of resolution, then they can fill out a form about it and someone from the team will get in touch.

Blind, an anonymous work talk app and online community for technology company employees, had surveyed its users to ask if they had deleted their Facebook account following the Cambridge Analytica scandal.

The survey took place between April 13th and April 19th. Of the 5,000 users that responded, about 13.7% said “yes.” And of the users that still had a Facebook account at the time of the scandal, 41.3% said that they either deleted their account or clamped down their privacy settings.

The survey also revealed that 53.1% of the respondents did not delete their accounts or adjust their privacy settings and 9.6% said that they did not have a Facebook account to begin with.

Recently G Suite administrators received a notice that meetings that are created in Google Calendar for G Suite will be defaulting to Hangouts Meet rather than Hangouts video. Google said that the change was made based on customer feedback.

9to5Google pointed out that this is an aggressive move because Hangouts Meet does not currently support Internet Explorer or Safari. But the benefit of using Hangouts Meet is that it supports free phone calling in the U.S. and Canada via Google Voice and it has support for up to 50 participants. These changes are being applied starting May 21st.

Instagram has released a new data download tool so you won’t lose your uploads if you decide to deactivate your account or if you want it simply for file backup purposes. The data download tools allow Instagram users to pull their photos, comments, profile information, etc.

Instagram’s Data Download tool is accessible to all users on the web. And access to the Data Download feature over iOS and Android is being rolled out over time, according to TechCrunch.

On the web, you can find the tool by going to your profile page, tapping on Edit profile &gt; Privacy and Security &gt; Data Download &gt; Request Download &gt; enter your email address. After that, you will receive a link to download the data.

Instagram is currently testing several new features including reactions to stories, a slow-mo recording mode, a mute button for profiles and a calendar archive view. Some of these new features were found by computer science student Jane Wong (@wongmjane) and shared by social media consultant Matt Navarra (@MattNavarra).

The Instagram archive currently shows you a grid of older stories. However, Instagram appears to be testing a feature that showcases stories in a calendar format. This would make finding older stories much more intuitive.

In case you want to stop seeing posts that are shared by one of your Instagram connections, then a Mute feature can come in handy. This reminds me of the ability to “Unfollow” a friend on Facebook without having to “Unfriend” that person.

Instagram appears to be testing a slow-motion mode for its stories feature. This may make it easier than pre-recording slow-motion videos and then importing it into Instagram stories.

Wong also pointed out that Instagram is testing a feature that adds reactions to stories. This is similar to the way Facebook has reactions built into its stories feature. This would allow viewers to express how they feel about the content.