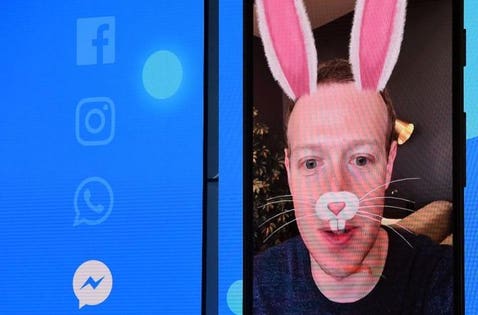 This past week, Facebook hosted its annual F8 conference at the McEnery Convention Center in San Jose, California. A number of new products and features were announced at the event.

There are 200 million users on Facebook that are listed as single. So Facebook is now getting into the dating game by creating a matching service akin to Tinder.

This feature will allow users to create a dating profile on the social network. And the dating profile will only be visible to Facebook users that are not friends with each other and also opted in. Plus dating profiles will not show up on the News Feed.

Facebook will match users based on their preferences. And mutual friends will also be taken into account for the matches as well. The dating feature will start being tested later this year.

To my understanding, some of the dating profiles may appear alongside local events and within the Groups sections. If there is a potential match, then the two interested parties will be able to communicate through a designated inbox. And the dating service will be built within the main Facebook app.

“This is going to be for building real, long-term relationships — not just for hookups,” said Facebook CEO Mark Zuckerberg on stage at F8 via The Verge.

Shortly after Facebook made the announcement about this feature, Match Group’s shares dropped 17%. Match Group is the parent company of dating services like Match.com and Tinder.

There is a new upcoming augmented reality feature that allows businesses to leverage the Camera Effects Platform which integrates augmented reality into Messenger. When someone interacts with a brand on Messenger, the business can suggest the user open the camera — which will have contextual AR effects pre-populated with the filters. After a user takes a photo or video with that filter, it can be shared to their story, in a group or in a conversation. Or they can simply save it to their camera rolls.

“Blending AR effects and messaging solves a real problem for people shopping online. There are so many situations where we need to visualize a product before we feel comfortable buying it,” said Facebook’s VP of Messaging Products David Marcus. “We often seek input from our friends and family before making a purchase. This feature — launching in closed beta — leverages the nature of messaging to help people get valuable, instant feedback about purchases, customizations, and more, without ever needing to set foot in a store.”

Some of the AR effects available at launch include ASUS, Kia, Nike and Sephora. Nike will be using Messenger to debut a new set of sneakers. And Sephora will make trying makeup easier with a group of “looks to try on and share.” Businesses that are interested in signing up for the service can join the waitlist.

At the F8 conference, the Messenger team announced that it will offer translations service within its platform via the M digital assistant.

How will it work? When users connect through Marketplace and receive a message in a language that is different from the default language, M will ask them if they want to translate the message. This feature should help drive commerce between buyers and sellers who previously struggled with language barriers.

The translation service will work for English and Spanish in Marketplace for conversations in the U.S. first. The translation feature will be rolled out in the “coming weeks” and the plan is to expand the functionality in additional languages and countries.

Currently, businesses and customers exchange 8 billion messages per day on Messenger. And this is up from 2 billion during the same period last year.

Facebook is in the process of revamping the design of the Messenger app. The redesign makes the app faster, more intuitive and brings a “dark mode.”

As part of the redesign, the bottom of the app will feature three main navigational buttons. And the camera and video chat icons will remain at the top-right of the app.

At the F8 conference, Facebook also announced a 3D photos feature, which allows users to create 3D images using their smartphones. The new 3D Photos feature is expected to arrive this summer.

“We’re announcing that people will soon be able to take 3D objects from News Feed into Facebook Camera AR experiences with one tap,” said Facebook in a blog post. “We also announced 3D Photos, coming this summer — this is a new media type that lets people capture 3D moments in time using a smartphone and share on Facebook.”

This past week, the Chicago Tribune published an article about how the Chan Zuckerberg Initiative donated $14 million to Chicago Public Schools (CPS) and LEAP Innovations, which would go towards its personalized learning programs. The CPS and LEAP estimated that the grant will bring personalized learning to 100 more schools. And the funding will go towards training teachers and principals. Plus the funding will be used for redesigning classrooms, purchasing technology and procuring other classroom resources.

“We’ve been living with an education system that is very one-size-fits-all,” said LEAP Innovations founder and CEO Phyllis Lockett via Chicago Tribune. “We end up losing kids that are a bit behind, and disengaging kids who are showing competence but aren’t able to move on because the rest of their class isn’t there yet.”

Forbes contributor John Koetsier recently published an article about how Facebook is implementing a hate speech checker for some users. Koetsier posted a screenshot of the feature on his article showing how Facebook placed a message asking whether a status he wrote contained hate speech. Koetsier’s status was actually about an experience he had while playing the Fortnite game.

It appears that Facebook is trying to learn how people are reacting to the new tag as part of a larger effort to curb hate speech. But it seems to confuse people when it gets added to areas where it does not belong. For example, it seems to be appearing alongside content that does not contain any vulgar words at all.

Facebook is reportedly planning to launch two smart speaker products internationally first due to privacy concerns in the U.S. following the Cambridge Analytica scandal, according to CNBC. One of the smart speaker products is a larger device called a “Portal,” which is believed to be the size of a laptop and would function similarly to the Amazon Echo Show. And the smaller version would be like the Amazon Echo.

The speakers would connect directly to Messenger so users could chat with their contacts easier. And the devices would be able to respond to commands via the M artificial intelligence digital assistant.

It is believed that Facebook was going to announce the speakers at the F8 Developer Conference this past week if the Cambridge Analytica scandal did not happen.

Facebook is hiring two external advisers to handle alleged bias problems on the social network. Axios said that one adviser will audit Facebook’s impact on minority communities. And the other adviser will guide Facebook through the alleged biases against conservatives. Facebook CEO Mark Zuckerberg was questioned about these issues during congressional hearings last month.

Each of those frameworks have their own strengths, but switching between can be inefficient. PyTorch 1.0 resolves many of the problems by combining both of the powerful platforms. “Instead of needing a framework for training/research and a framework for production, now you only need to use PyTorch 1.0 and you can seamlessly go from research to production in one framework,” said a Facebook spokesperson via TechCrunch.

Last year, Facebook worked with Microsoft to create the Open Neural Network Exchange (ONNX), which makes movements between the frameworks easier. And ONNX has been integrated into PyTorch 1.0 so it is interoperable with other frameworks.

PyTorch 1.0 is going to be released in beta later this year. Microsoft will be supporting the framework in Azure and Amazon is going to support PyTorch 1.0 in its cloud products as well.

This past week, it was reported that Facebook fired an employee who was accused of accessing user profiles for stalking purposes. If the victims of that employee worked at Facebook, then they would have been alerted according to The Wall Street Journal’s sources.

The tool that would have alerted the employees was reportedly known as the “Sauron alert.” But it was renamed to “Security Watchdog” in 2015. Sauron is the reference to the evil all-seeing eye character in the Lord of the Rings.

There is a small group of employees at Facebook that have access to user accounts including posts, photos and private messages. Those employees mostly work on the security teams at the company. However, their access is “closely monitored.”

Generally, employees with this capability use it for investigating potential criminal behavior after legal requests, testing new features and other help desk purposes. If a Facebook employee uses the internal software, then they have to provide a reason why — which is read by managers later on.

These revelations were brought to the attention of the media and Facebook management by a security consultant, who had called out the problem on Twitter.