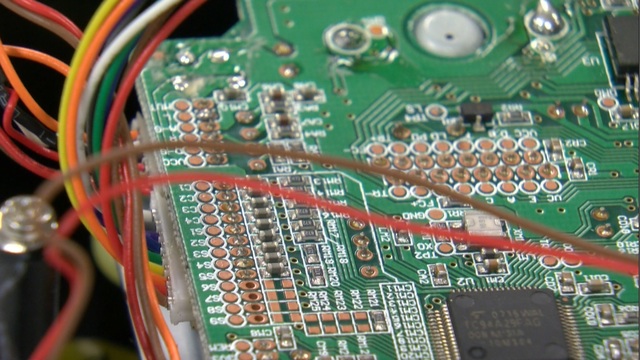 WATERLOO, Neb. (KMTV) – Imagine buying an expensive gadget for your child and then it comes apart all of a sudden because of a school assignment.

At Douglas County West Middle School, this is a new way of learning.

Screens, screw and the motherboard were gone when 3 News Now visited the school recently. But to be graded for the work, students will need to put the items back together.

“You just have to figure out a path or a way,” he said.

Wright said the goal is clear, but also “It’s mostly just a praying that you did it right.”

STEM teacher Dan Maline calls it reverse engineering. Recently the district incorporated the discipline into the junior high curriculum, something Maline says is being written out with each project and assignment.

The district’s high school already has a successful robotics team, which Maline helped coached, as recently seen in August when it dominated a global competition in China.

The fever for STEM – standing for science, technology, engineering and math – runs hot at the moment because of jobs.

Maline knows a lot of traditional trades are disappearing. At 12, 13, 14 years old, thinking about college and a career are not far off.

“It’s about getting kids like this who can come in passionate about what they’re doing and able to do it and hire them.”

A nearby neighbor in Valley is investing into these students: 3M, the major manufacturing company. It’ll provide safety equipment and engineers to teach basic electrical.

In the meantime, it’s back to putting their Kindle together.

Afterwards, they’ll create their own inventions – and maybe make something they can patent and we’ll use in the future.