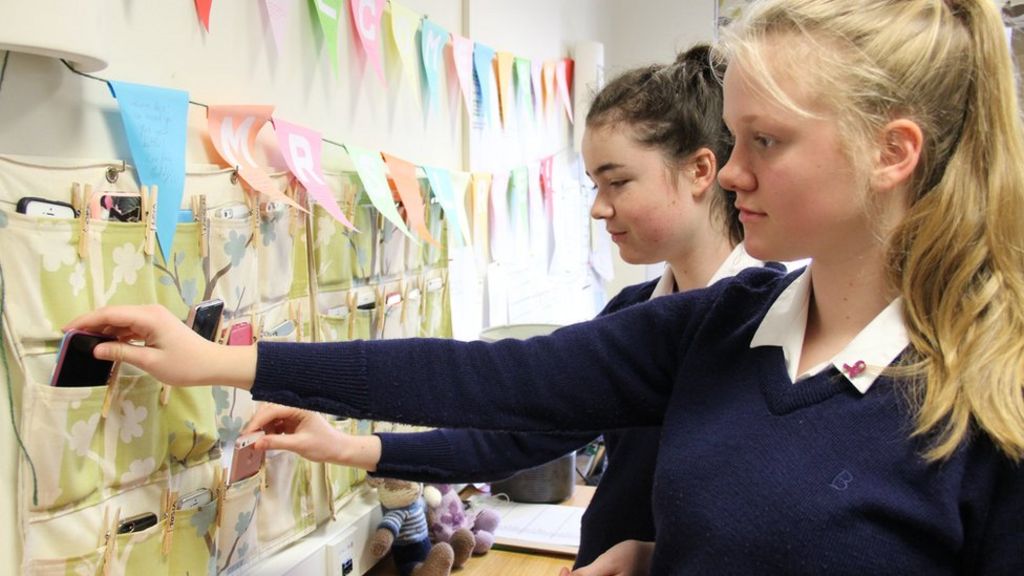 Almost two-thirds of schoolchildren would not mind if social media had never been invented, research suggests.

A survey of almost 5,000 students, mainly aged between 14 and 16, found a growing backlash against social media – with even more pupils (71%) admitting to taking digital detoxes to escape it.

Benenden, an independent girls boarding school in Kent, told BBC News that its pupils set up a three-day “phone-fast”.

Some girls found fears of being offline were replaced by feelings of relief.

Sixth former Isobel Webster, 17, said: “There’s a feeling that you have to go on Instagram, or whatever [site], to see what everyone’s doing – sometimes everyone’s talking about something and you feel like you have to look at it too”.

Prefects at Benenden set up a temporary ban on mobile phones and social media in March, after concerns that younger pupils were spending too much time on their phones in their rooms.

Headmistress Samantha Price said: “In the run-up I was worried about how the girls would cope, but afterwards they were wondering what all the fuss had been about and said we should do it again – but for even longer next time, which I found incredibly reassuring”.

The survey of state and independent schools in England, by the Headmasters’ and Headmistresses’ Conference (HMC) and Digital Awareness UK, found that 57% of young people had received online abuse and 52% said it makes them feel less confident about themselves.

Some 60% thought that their friends show a fake version of themselves on social media.

Chris King, chair of the HMC and Headmaster of Leicester Grammar School, said the findings were among “the first indications of a rebellion against social media”.

He said they remind us that teenagers “may need help to take breaks from [social media’s] constant demands”.

Some 56% of those surveyed said they were on the edge of addiction.

At Benenden, the girls’ phones are taken away from them during lesson time but given back during lunch breaks and in the evenings.

One Year 10 pupil, Pandora Mann, 14, said she was a bit annoyed at the phone-fast initially, but soon realised “we don’t enjoy our phones as much as we think we do”.

“In terms of the way we view ourselves and our lives negatively,” she explained, “I think people put what they see as their best image forward – it’s not always the real image.”

Isobel said that the ban stopped her from sitting in her room scrolling through social media and encouraged her to spend her work breaks chatting to friends.

She said it reminded her “what it was like before” – when as a Year 7 (aged 12) she would spend more time socialising in person.

The feedback in the HMC survey was not wholly negative, with students identifying memes, filters/lenses and storytelling features, such as Snapchat Stories, among the things they like.

Sixth former Flora Macpherson, 17, was surprised at just how many teenagers surveyed said they would rather social media did not exist.

For her, the most annoying thing about not having access to it was being unable to message groups of people.

Flora said: “I use it for the logistics – for extra sport practice, if we’ve got a big match on – we’ve got message groups for the firsts and seconds netball and lacrosse teams”.

The school still has notice boards, but its pupils rely heavily on messenger groups. Isobel said she has a Facebook messenger group for every subject.

“If you have a question, normally at least one person will see it within 10 minutes,” she said.