Our definition of a gadget for the purposes of this article is simply awesome techy stuff that you’ll want to show off to your friends. Who doesn’t love gadgets? Ever since James Bond first stepped into Q’s lair, we’ve been excited what inventions each new year will bring. The gadgets below range from audio to cooking to gaming to making sure your pets get fed. Here are the 10 best gadgets to be released in 2017: 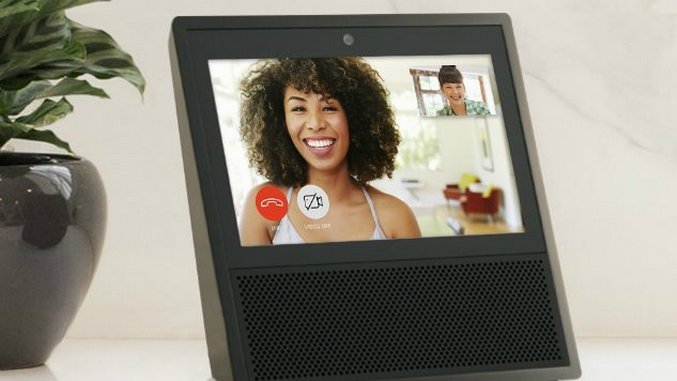 While the Show works largely the same way as a traditional Echo, it shakes up the formula by including a 7-inch touchscreen and camera, allowing users to employ the device for video calls and consuming content like YouTube videos. The Show is another indication that Amazon is looking to push its Alexa platform as fast as it can, before the likes of Google and Apple can catch up. The Show is just $50 more than the original Alexa device, and it offers a host of new functionality thanks to the screen. It offers the same functionality as the original Echo—you can set timers with it, ask trivia questions, control various smart home devices—but it also adds an extra layer of contextual information thanks to the new visual element. Now, you can get lyrics to a song on the screen while listening to it via the included speakers, you can check in with your security cameras and, of course, perform voice and video calls (so long as the other user has the Alexa app). —Eric Walters 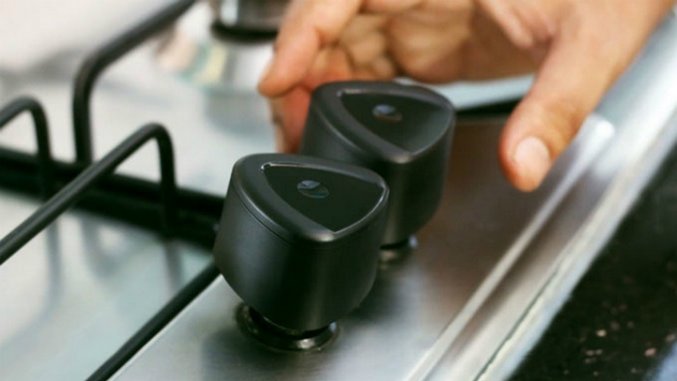 There’s a growing trend of smart cooking appliances taking over our kitchens, but too many of them require purchasing a brand new stove or other major appliance. Klove Knob is a new gadget that aims to revolutionize your cooking, without requiring you to purchase anything more than a simple knob. The stove knob can be retro fitted to any modern stove, immediately providing you with voice-assisted interactive recipes, and some very useful safety features. Working as an intelligent conversational cooking timer, you can tweak it to check the cooking time based on the vessel you’re using, as well as the quantity of ingredients involved. It’ll even learn your preferences and patterns over time. Basically, it’s the kind of simple gadget that hopes to soon make you wonder how you managed to live without it. Are you the kind of cook that’s great at being distracted at a pivotal moment? That’s who Klove Knob is aimed at. Not just working as a safety aid, it’ll also provide you with hundreds of easy to follow recipes that you simply listen to and follow the actions, all through its smartphone app. Plus, through a geofencing feature, it’ll even remind you to switch the stove off before you leave the house. Installation is simple, merely requiring you to remove your existing knob, fixing a spindle adapter onto your stove, and slotting the Klove Knob on, meaning you’ll be ready to go in no time. —Jennifer Allen 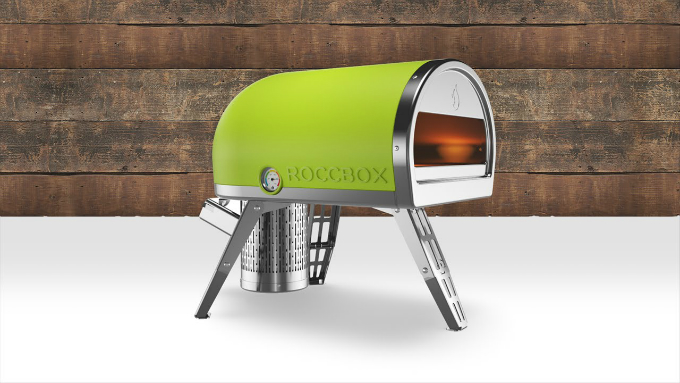 A luxury purchase for most at $600, Roccbox is a portable wood and gas stone oven that you’re going to love. It’ll cook a pizza in 90 seconds, while remaining light enough for one person to carry around. Whether you’re using it in your garden or taking it camping with you, it’s a souped up barbecuing experience. It’s even pretty stylish to look at. Consider it a long term investment if you’re a fan of al fresco cooking. —Jennifer Allen

At $150, the SmartFeeder is not an impulse buy, and it doesn’t do much beyond its primary function to appeal to a wide market of consumers. It’s also intended to be used for a single pet, meaning that if you have more than one cat or dog, you have to buy additional feeders, which causes the price to balloon quickly. But, if you’re a single pet household and interested in smart home technology, the Petnet SmartFeeder does a fantastic job with its main objective: feeding your pet the right amount of food at the time you specify, no matter what. —Eric Walters 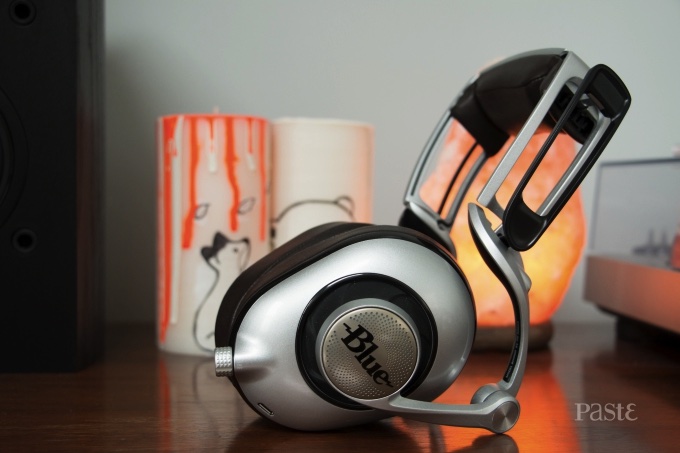 Blue is best known for its excellent, affordable array of microphones, which are recommended by everyone from musicians to YouTubers. The company’s approach with its lineup of microphones has always been simple: Make the best possible product and sell it at the best possible price for consumer. The company’s other hardware endeavor has far less exposure, and a different approach. Blue’s headphones aren’t about wooing the budget-conscious crowd, but instead impressing the stingy audiophile demographic; people who know their audio and are willing to invest large amounts of money to find the best equipment, and best sound, possible. It does offer two, the Lola and Sadie, that are more in the affordable range at $250 and $400 each, but the crown jewel are the Ella at $700. Nothing like these cans, with their metal and leather finish, planar magnetic drivers and built-in headphone amplifier, exist in the company’s line of microphones. This is the most premium, and highest-ticket, item Blue makes. If you’re an audiophile looking to up their equipment but not ready to lay down the astronomical amount of money some of that equipment calls for, the Blue Ella headphones are a phenomenal choice. Their combination of hardware and sound is unmatched by any pair I’ve had the pleasure of testing in the past year. The Ellas are, without a doubt, an exceptional pair of headphones. —Eric Walters 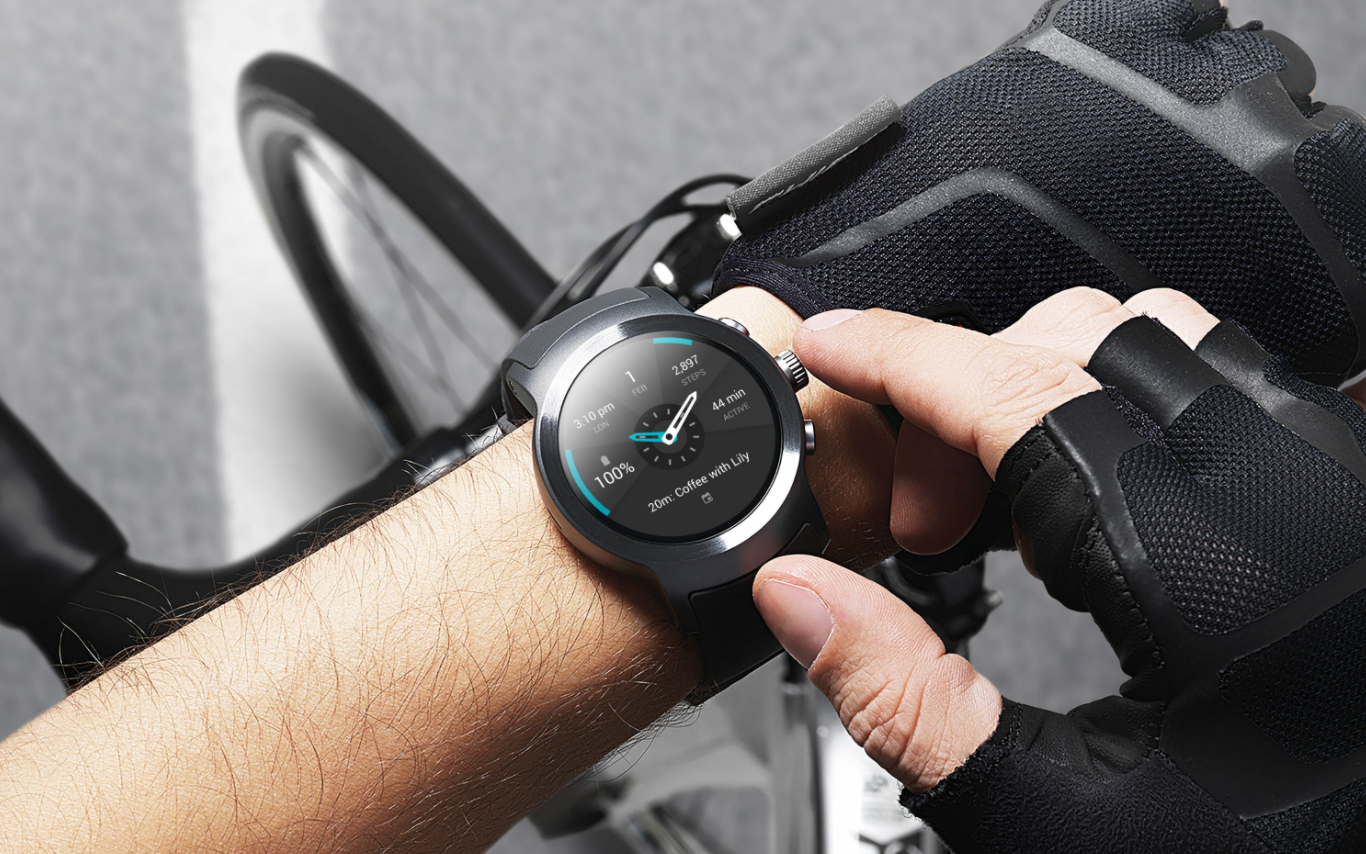 LG has, rather quietly, been building up momentum in the Android world, taking advantage of Samsung’s recent woes to steam ahead with not just an impressive line of new phones, but their own special takes on Android-based smartwatches. They are the first manufacturer out of the gate to release a watch natively running Android Wear 2.0. Ruggedly built, with smooth lines and a comfortably weight, the LG Watch Sport is definitely a watch that says something. It has all the features you need for daily wear and working out, but comes up short in battery life. Considering that caveat, the Sport is close to being my favorite Android Wear watch, even if it isn’t the choice for traveling or really long days. —Jason D’Aprile 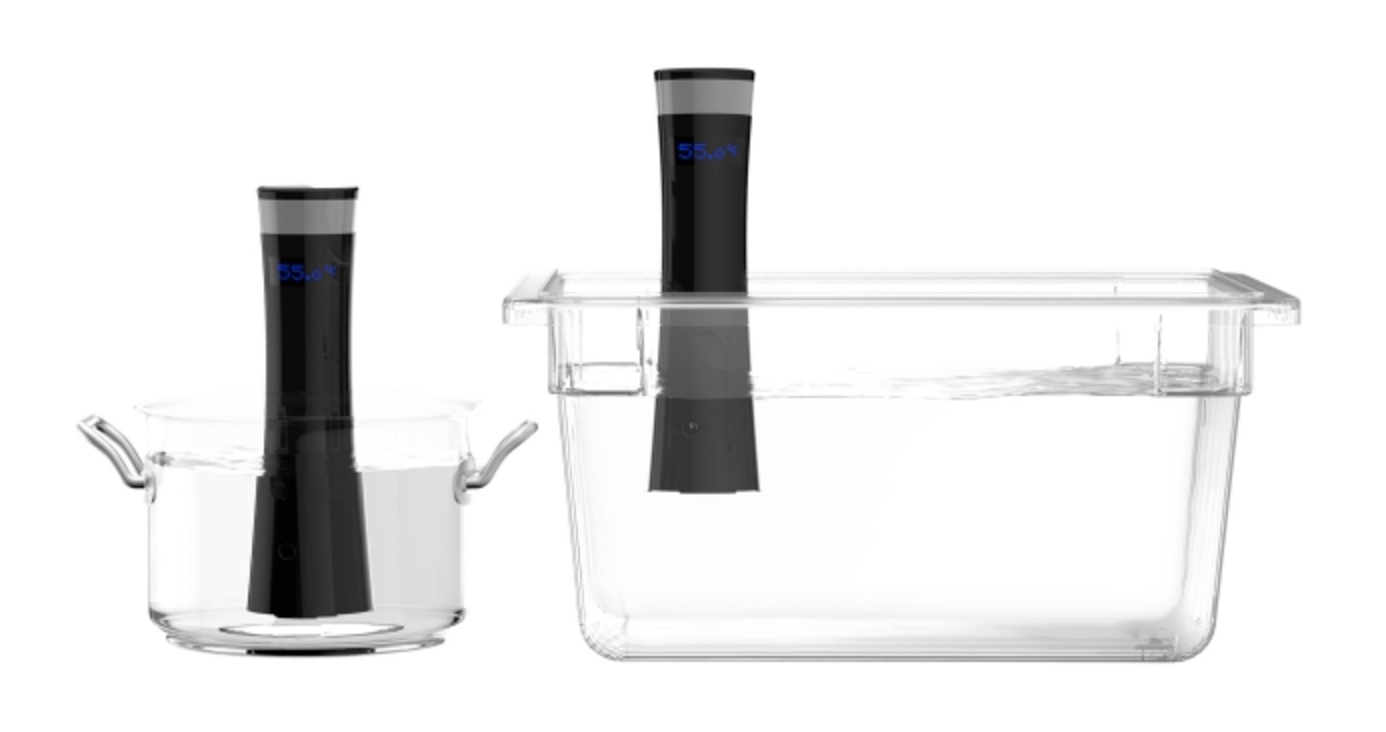 While the benefits of sous vide are geared more towards carnivores than herbivores, there are plenty of recipes out there to delight regardless of which way your palate sways. Sansaire’s entry into this space brings home cooks a beautifully designed appliance that will help you make juicy, moist steaks. And even though sous vide gained popularity with steak aficionados, allowing you to prepare moist cuts of meat like you’d get at fine restaurants at a fraction of the cost, the Sansaire Sous Vide Machine is also good for other ingredients: poultry, beans, eggs, fish, pork, vegetables and even desserts. Lacking the frills of its rivals, Sansaire places the attention on the the ingredients and the painless simplicity in helping home cooks prepare decadently delicious meals without much effort. —Chuong Nguyen 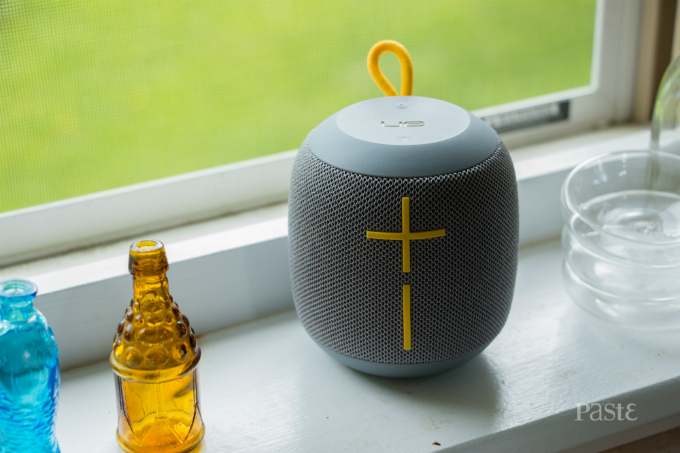 Ultimate Ears’ line of portable Bluetooth speakers have long been favorites among nearly everyone in the tech industry and consumers alike. They combine a distinct style with rugged, durable construction and excellent sound to create some of the best portable audio options in the marketplace. The company’s 2017 venture, the $99 Wonderboom, is another solid addition to the ever-growing, but consistently excellent, Boom line. If the original UE Boom, and its successor the Boom 2, are beer cans, then the Wonderboom is a mini keg. Unlike the Roll 2, which was formerly the most affordable offering from UE, the newcomer’s design is more in line with that of its older brethren. It retains the 360 degree soundscape but is shorter and wider to make it more compact. It looks exactly like what would happen if you simply smushed a Boom 2. The best audio equipment melts away. It doesn’t leave you questioning the sound, but simply presents your audio in a way that’s satisfying, in a way that lets you focus on the music. Instead of wondering about highs, mids and lows, you just listen. Ultimate Ears has understood that from the beginning, and it’s shown. The Wonderboom is no different. At $99, UE’s latest product may be the best bang for your buck in the portable Bluetooth speaker market. —Eric Walters

Gramovox has created a great, mid-tier record player and figured out how to make it play horizontally and look fantastic while doing it. The only real fault, so to speak, is the price.
You could walk away with a pretty great home stereo set-up for the $550 this thing will set you back, but that’s where you have to make your own decision. Yes, you could arguably get a “better” set-up for that kind of cash, but it certainly won’t be this cool. The Floating Record Player may not be for everyone, but if you think it’s for you, you’ll fall in love. —Trent Moore

Nvidia understands all too well that its $200 Shield TV streaming box is aimed at a couple of very specific audiences. Gamers would be first and foremost, with the little box’s impressive power to play exclusive Android games and stream PC games. The famous PC hardware maker is betting big on PC gamers to find the Shield their streaming box of choice. The second audience, however, is likely people who want the absolute most powerful 4K-able streaming box on the market. If you just want a streaming box for video, there are definitely cheaper alternatives, but Nvidia is planning for the future in this small box that offers a lot of really impressive features. —Jason D’Aprile