Even though CES is known for TVs, robots, and cars, it’s also known to offer a dazzling assortment of smaller pieces of tech that can only be described as “gadgets.” This year’s show offered a pretty interesting assortment of breakthrough technologies, so we roamed the show floor and dug through all the press releases to find eight of the coolest gadgets announced during CES 2018. Some of which ship in just a few weeks, while others might never see the light of day if the past is prologue. 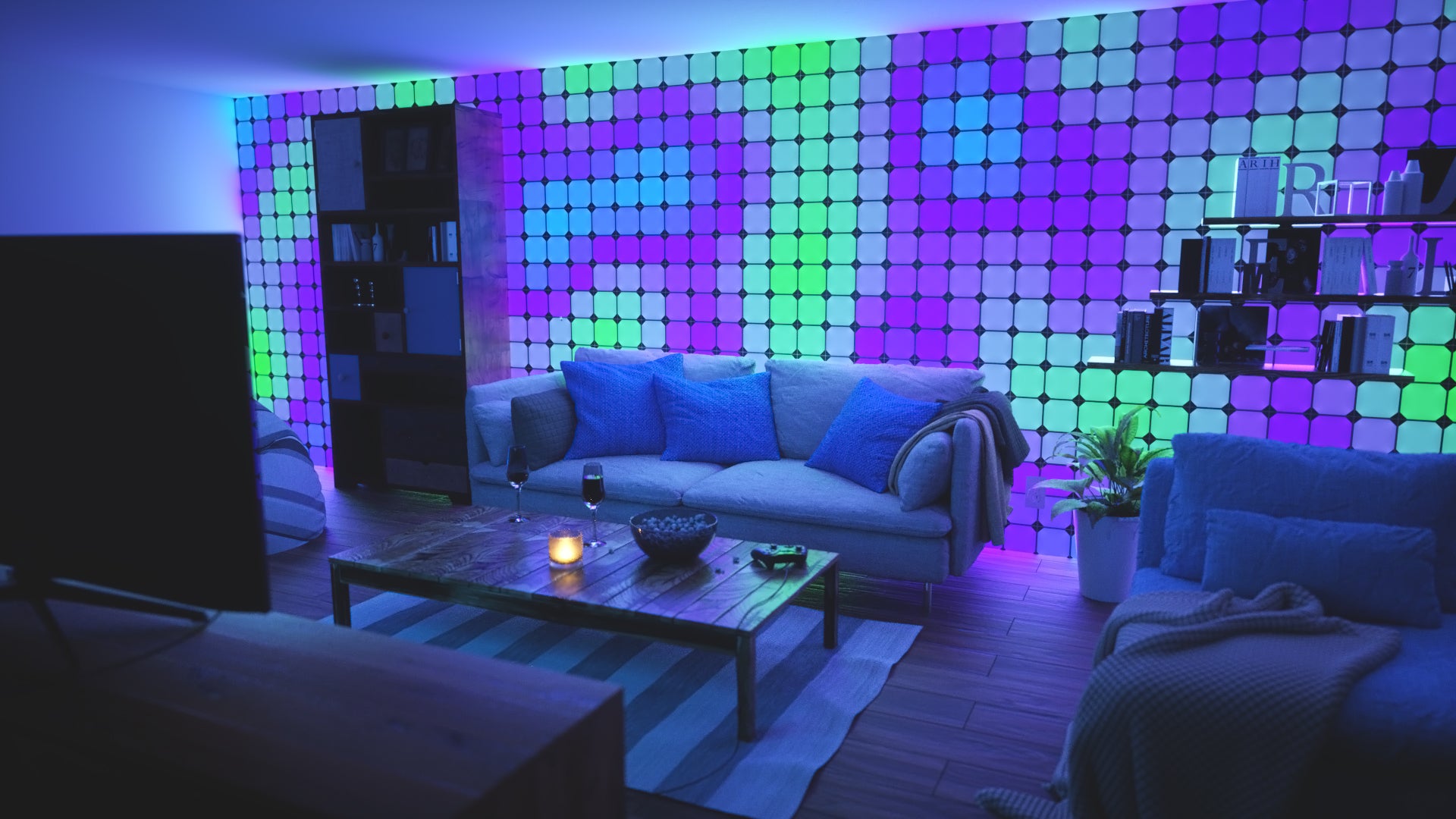 A wall of lights that change color depending on the music streaming out of a nearby device sounds fun, right? That’s exactly what Nanoleaf has been doing for the past few years, and it’s about to get better in 2018. At CES, Nanoleaf announced new square light panels that are touch sensitive. Tap a panel to turn it on or off, change color, or adjust brightness. There’s also a new 12-sided remote that’s up for pre-order right now.

The bad news? Nanoleaf doesn’t have an official product, price, or release date for the new square panels just yet.

L’Oreal isn’t a company that comes to mind when talking about the biggest consumer electronic’s show on the planet, but here we are, talking about L’Oreal.

The UV Sense is a tiny wearable that sticks to a fingernail or on your sunglasses. The tiny sticker then tracks the amount of UV rays you’re exposed to, and after it syncs with your iOS or Android device, the app will chart your UV exposure and help you make decisions on when to go inside or put on sunscreen. And since it doesn’t have a battery, you don’t need to worry about charging it before heading outside. UV Sense will ship this year.

There’s no shortage of battery packs and accessories to help you keep your favorite devices charged up away from home or the office. However, a new MacBook Pro sleeve from Incase is super appealing. With a 14,000mAh battery, a USB Type-C port, and a USB Type-A port, the sleeve can charge your Macbook Pro without adding much bulk to your laptop when it’s inside. The sleeve isn’t cheap though, as it will sell for $199 when it begins shipping in Q3. It will be available for the 13-inch and 15-inch MacBook Pro.

So you want a fitness monitor, but hate the idea of wearing something on your wrist or having to worry about charging yet another device. What do you do?

Check out the Spire Health Tag. This small gadget sticks to the inside of your bra, shirt, pants, or pajamas. Once adhered to your clothing, you don’t have to do a thing. The tag will automatically sync with your phone and give you updates on your overall health including heart rate, sleep quality, breathing patterns, and stress levels.

If it sounds a bit crazy, I’d have to agree. But these things look awesome. You can order right now, but it looks like the next available delivery isn’t until March. A single tag costs $49, or you can buy a pack of eight for $199.

CarPlay and Android Auto make it safer to use a smartphone when you’re driving. Up until recently, users have been required to use a USB cable to connect the phone to the head unit in a vehicle.

At CES, JVC, Kenwood, and Pioneer each unveiled wireless Android Auto compatible receivers. With wireless Android Auto support, you can hop in your car, start it up, and your phone and receiver will work as if there was a tethered connection between the two. Meaning Google Assistant, Waze, and all of your music will just be a few taps or voice commands away.

Ever wondered how much water certain appliances use in your home. Or what about how much water is used when you take a shower compared to, say, one of your kids?

The Phyn Plus water monitoring is installed on your main water line, and over time it learns the unique vibration of each appliance and faucet water flows through. Alerts arrive on your phone if a leak is detected, allowing you to remotely turn off the water to your home.

It’s pricey at $850 plus the cost of installation by a professional plumber. But for those who want to conserve water and avoid a potential flood in your home, it’s a wise investment.

Taking a memorable video with a shaky hand isn’t good. Until now, the fancy handheld gimbal systems that make it possible to take incredibly smooth video no matter how much you move or shake have been expensive.

The Osmo Mobile 2 from DJI not only has all of the features of the previous version, but it’s now just $129. For reference, the original Osmo Mobile was $299 when it first came out. Think of the Osmo Mobile 2 as a really fancy selfie stick.

You can order the Osmo Mobile 2 from Apple or B&H Photo. It begins shipping Jan. 24.

Drones are one of those gadgets that can be hard to persuade yourself to buy since a crash is impossible to avoid. The thought of an expensive and beloved device crashing to the ground and breaking is just too stressful.

The Tello drone, made in partnership with DJI, Intel, is $100 and wicked smart. Not only can it take off from your hand, and then return right to your palm, but you can control it via gaming controller connected to your smartphone via Bluetooth. It includes soft flexible propellers with guards, and a collision detection system to help you avoid disaster. Plus if you take your hands off the controls Tello will just hover until you come back. Naturally, it has an HD camera and can do all sort of acrobatic tricks.

Tello will be available in China in January, and the rest of the world, including the US, some time after March 2018.