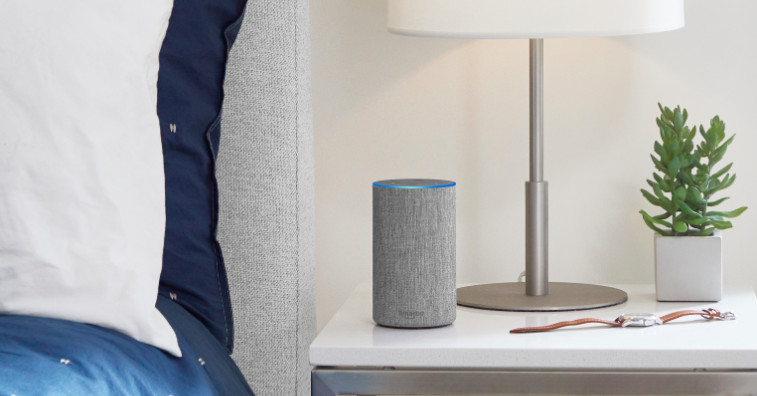 Amazon on Wednesday announced five new Alexa-powered Echo devices in a dizzying product rollout that can comes across as either impressively ambitious or insane and unfocused.

There was an upgrade to the original Echo that is smaller and cheaper at $100; a touchscreen Alexa-powered alarm clock called the Echo Spot for $130; and the Echo Plus with a smart-home hub embedded in it for $150. Then there were tiny Echo Buttons for to be used for trivia or games at $20 a pop, and even a $35 Echo Connect gadget to turn your home phone line into an Alexa-powered speaker phone.

Add the existing Echo Dot, Echo Show, Echo Tap and Echo Look to that portfolio, and that gives Amazon nine different Echo gadgets in a little more than two years.

Alexa, what’s up with that strategy?

One theory — well, my theory: Amazon hasn’t found one, single no-brainer use case for the Echo, so it’s releasing different form factors that can push different behavior.

The Echo Look is designed specifically for fashion advice. The Echo Show and new Echo Spot have touch screens, making them well-suited for video calls and video clips.

There’s also the new Echo Plus, which is built to be a hub to a smart home, making it easier for consumers to use voice commands to control in-home systems like lighting or heating. And the new $100 flagship Echo, which comes with improved sound that may make it a popular choice for those who prioritize music streaming over other Alexa features.

You get the idea.

The beauty of Alexa is that all of these devices come with the same brain that can offer many of the same experiences. But tweaks to body that sits around the brain — the hardware — can produce different behavior.

Amazon may find enough people that see value in enough different use cases for all of these different devices to succeed. But, more likely, some new Echos will drive use cases that become way more popular than others, helping Amazon to focus more on fewer variations over the long-term.