The FrankOne coffee maker, fresh off a successful crowdfunding campaign, is now available for purchase, and I got a chance to test out one of the first run of these funky little gadgets. While it won’t replace my normal pourover or a larger coffee machine, it’s a clever, quick and portable way to make a cup.

Designer Eduardo Umaña pitched me the device a little more than a year ago, and I was taken by the possibility of vacuum brewing — and the fact that, amazingly, until now no one from Colombia had made a coffee maker (it’s named after Frank de Paula Santander, who kicked off the coffee trade there). But would the thing actually work?

In a word, yes. I’ve tested the FrankOne a few times in my home, and, while I have a couple reservations, it’s a coffee making device that I can see myself actually using in a number of circumstances.

The device works quite simply. Ground coffee goes in the top, and then you pour in the hot (not boiling!) water and stir it a bit — 30-50 seconds later, depending on how you like it, you hit the button and a pump draws the liquid down through a mesh filter and into the carafe below. It’s quick and almost impossible to mess up.

The resulting coffee is good — a little bit light, I’d say, but you can adjust the body with the size of the grounds and the steeping time. I tend to find a small amount of sediment at the bottom, but less than you’d get in a cup of French press.

Because it’s battery powered (it should last for ~200 cups and is easily recharged) and totally waterproof, cleaning it is a snap, especially if you have a garbage disposal. Just dump it and rinse it, give it a quick wipe and it’s good to go. It gets a bit more fussy if you don’t have a disposal, but what doesn’t? 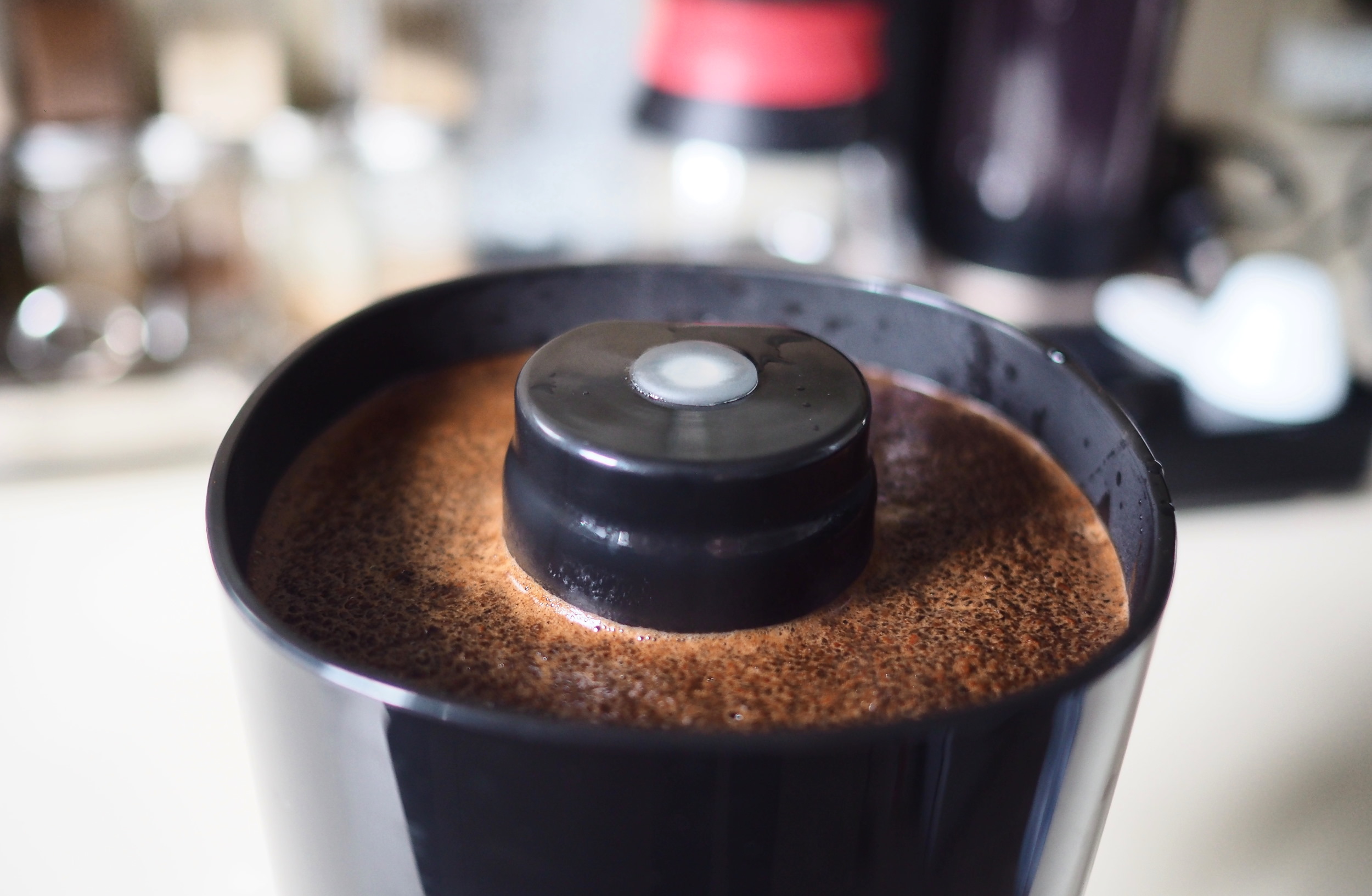 I can see this being a nice way to quickly and simply make coffee while camping — I usually do a French press, but sometimes drip, and both have their qualities and limitations. The FrankOne would be for making a single cup when I don’t want to have to stand by the pourover cone or deal with disassembling the French press for cleaning.

It’s also, I am told by Umaña, great for cold brew. I didn’t have the heart to tell him that I don’t really like cold brew, but I know many do, and Umaña promises the FrankOne works wonders in a very short time — four minutes rather than an hour. I haven’t tested that, because cold brew tastes like bitter chocolate milk to me, but I sincerely doubt he would mention it as many times as he did if it didn’t do what he said.

There are, I feel, three downsides. First, you’re pretty much stuck with using the included glass carafe, because the device has to create a seal around the edge with its silicone ring. It didn’t fit in my biggest mug, but you might find an alternative should the carafe (which I have no complaints about — it’s attractive and sturdy) crack or get lost. 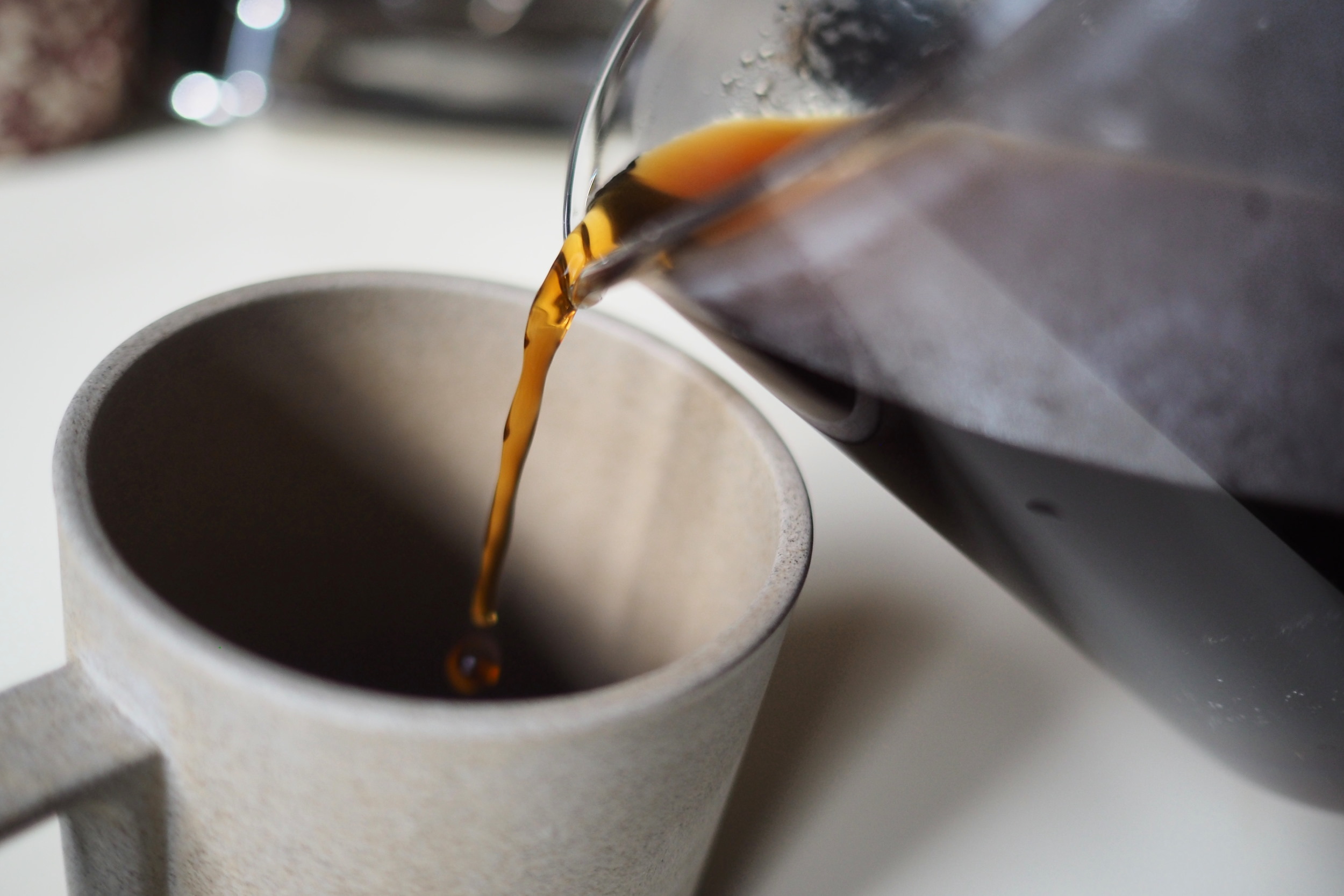 Second, it doesn’t produce a lot of coffee. The top line as indicated in the reservoir is probably about 10-12 ounces — about the size of a “tall” at a coffee shop. Usually that’s a perfect amount for me, but it definitely means this is a single-serving device, not for making a pot to share.

And third, for the amount of coffee it produces, I feel like it uses a lot of grounds. Not a crazy amount, but maybe 1.5-2x what goes into my little Kalita dripper — which is admittedly pretty economical. But it’s just something to be aware of. Maybe I’m using too much, though.

I reviewed the Geesaa a little while back, and while it’s a cool device, it was really complex and takes up a lot of space. If I wanted to give it to a friend I’d have to make them download the app, teach them about what I’d learned worked best, share my “recipes” and so on. There was basically a whole social network attached to that thing.