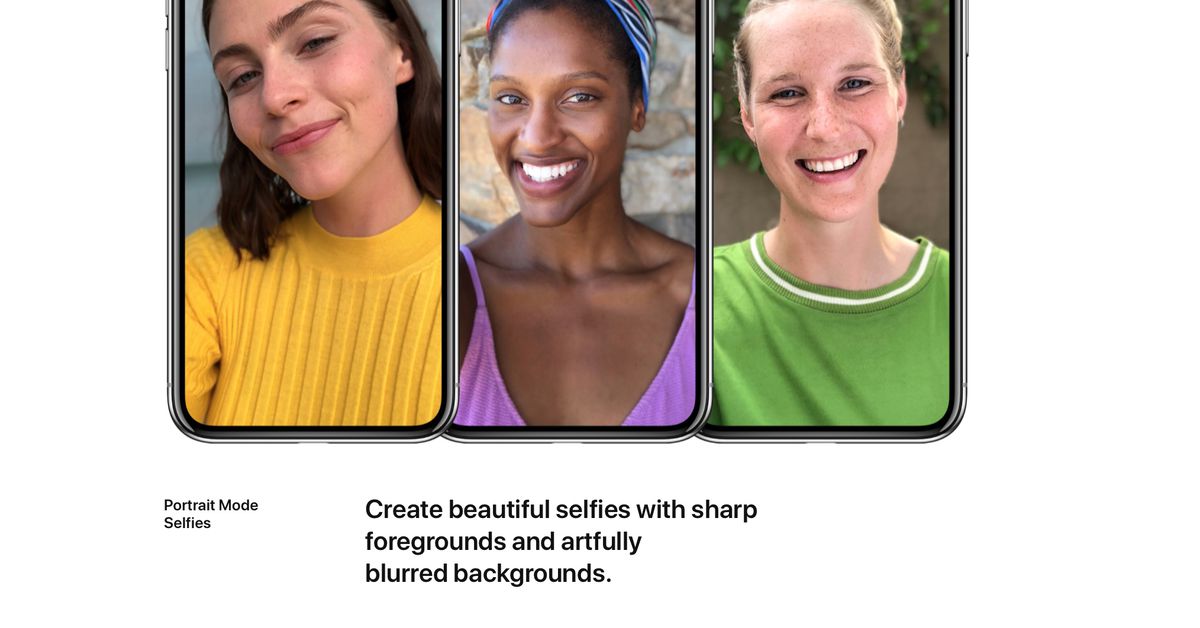 The biggest news out of Apple’s event yesterday was the debut of its wild iPhone X. Apple saved the device for last and took its time expounding the phone’s technical feats, yet the highlight of the presentation was far more carefree: an overview of animated emoji, a selfie portrait mode, and Snapchat filters.

The iPhone X represents, in Apple’s words, “the future of the smartphone.” Its Super Retina display has essentially no bezels. Its cameras are loaded with new hardware to support facial recognition, and the home button is replaced by gesture controls. Although it’s impressive to some, those details aren’t going to sell this $1,000 phone.

Most regular consumers don’t care about Apple switching to OLED or using a new processor. Instead, they’re interested in how this expensive device will improve their daily lives, one in which they’re frequently interacting with other people through social media. For this presentation, Apple talked directly to the young adults.

Apple needs the youths: they’re the epitome of cool; they set the trends; and they have disposable income. They’re crucial consumers, and Apple requires both their money and loyalty to succeed. The launch of the iPhone X yesterday made this point clear. What delights young people about iPhones? Apple knows the teens love emoji; they love to talk to their friends on iMessage; they loves taking selfies; and supposedly, they love Snapchat, too, especially the AR lenses. The new iPhone X is designed for them.

So of course, Apple partnered with Snapchat to launch lenses that show off its new depth-sensing cameras, including a glittery mask. With the phone fixed on his face, Craig Federighi, SVP of software engineering, pointed out the “detail over the eyes” and the “quality of the tracking.” I enjoy Snapchat because it provides an excuse to take a selfie, and with its presentation of the iPhone X, Apple fully recognized that its front-facing camera is as important as its rear-facing ones.

Phil Schiller, SVP of worldwide marketing, said during the event that, “people love to use [front-facing cameras] for taking selfie photographs.” He sounds desperately out of the loop, but he isn’t wrong. In response to this revolutionary human behavior, the company is now letting people use portrait mode, which blurs the background of an image, when taking a selfie. (No longer will we need to ask our friends with an iPhone 7 Plus to take our portraits on vacation.) The new portrait lighting mode will also work with selfies. That’s nice. Schiller calls these features a “breakthrough for photos you can take for selfies.” Again, he sounds out of touch, but it’s a valid point.

Apple also sold the phone through the availability of personalized emoji. “Many of us like to communicate with emoji,” Federighi said, and now, we can “breathe our own personality into our favorites.” You’re using emoji to talk to friends, and maybe they represent how you feel, so you might as well animate them in your likeness. They’re “so fun, you’ll want to share them,” Federighi said. You know who enjoys sharing? Young adults and influencers.

Diehard Apple fans track processor upgrades, Apple-made GPUs, and additional hardware, but Apple knows all it needs to do to sell phones is continue to make ones that take better selfies than last year’s model. The iPhone X epitomizes that strategy more than any iPhone before.