Nintendo announced last week that Bethesda is bringing its popular shooter games like Doom and Wolfenstein II: The New Colossus to the Switch hybrid handheld and home game console. That’s a big departure for both companies, as mature-rated titles haven’t been a staple of Nintendo consoles.

I went to a preview event and played the beginning of Doom on the Switch. I used a game controller to control the action, and watched it unfold on the Switch’s 6.2-inch screen. You can also plug it into a TV and watch it in 720p resolution on a TV.

I played the entire game — a reboot of the original 1993 title — in 2016 when Bethesda and id Software launched it on the PC, Xbox One, and the PlayStation 4. But it was a surprise to see Doom on a Nintendo machine. You have to spend the beginning of the game — and, for that matter, the entire game — punching in the faces of demons and shooting them with all sorts of weapons.

It says something about the changing game industry. The average age of a gamer in the U.S. is 35, according to the game trade association the Entertainment Software Association. And since Nintendo has been making consoles for decades, I’d wager the average age of Nintendo gamers is even older. 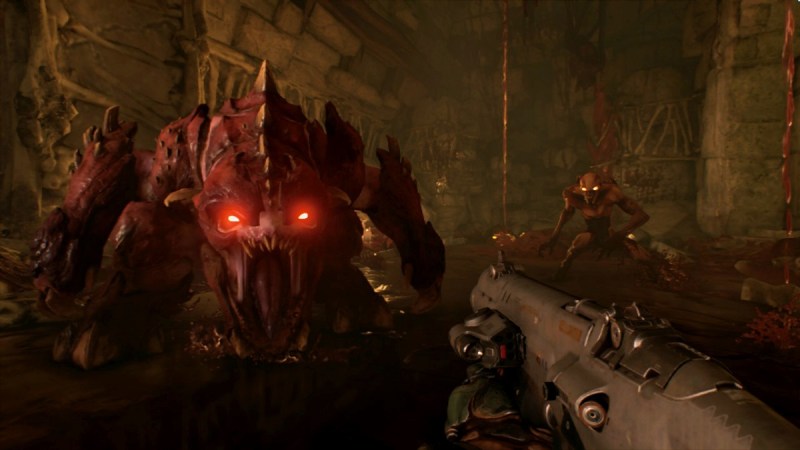 Above: Doom looks reasonably good on the Switch.

But while Nintendo markets the Switch to millennials, nongamers probably think that Nintendo consoles are aimed at kids. They might get a little worried again that game companies like Bethesda are bringing violent games to Nintendo consoles and therefore exposing kids to violent content.

Doom and Wolfenstein II are relentless when it comes to intense violence. Even on a small screen, you’ll feel the adrenaline rush of the kill-or-be-killed action. You have to always keep moving and shooting. And to its credit, the Switch kept up with the task of displaying the graphics in rapid fire.

The Switch version of Doom comes out this year, and it will have the single-player campaign and multiplayer combat as well. I didn’t get a chance to try multiplayer, which is the real test. But Bethesda plans to make all of the game’s multiplayer downloadable content available on the Switch. 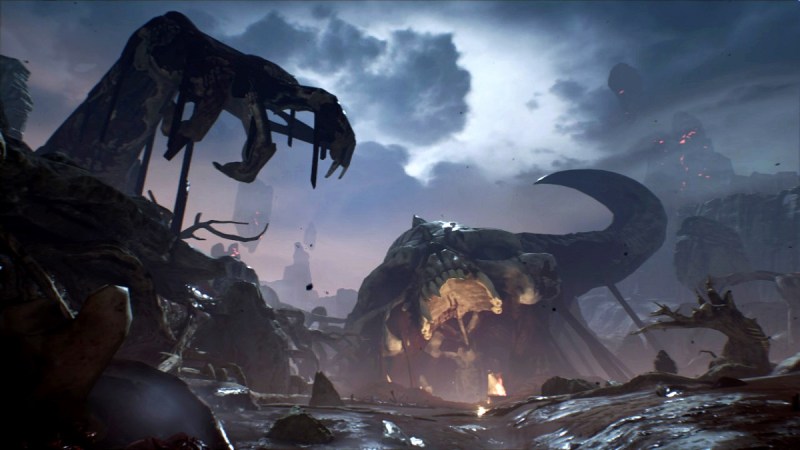 Above: Bethesda hopes there is pent-up demand for Doom on the Switch.

It’s been 15 years since Doom was on a Nintendo console. Bethesda previously announced that the Elder Scrolls V: Skyrim is also coming to the Switch.

“We haven’t done anything on a Nintendo platform in forever,” said Pete Hines, vice president of marketing and communications, in an interview with GamesBeat. “I don’t know what the exact size is, but some number of people who own Switches have never played Skyrim before. It’s a new thing for them, and for folks who have played the game, the ability to take it on the road — you’re going on a trip or commuting to work, it’s a great time.”

He added, “Doom is a completely different kind of game from what everyone else is doing. It’s a very visceral, violent, bloody, fun first-person shooter. We’re excited. They both have their place in what’s going on with that platform.”

Hines said it hasn’t been a huge challenge to get Doom to run on the Switch, at least in comparison to other platforms.

“Every time you go to a new platform, there’s always going to be challenges in terms of how they do this or do that differently from the PC,” he said. “But we feel like we have something that represents the game and looks really good. Some games may look as good as Doom on the Switch, but I’m not sure that anything looks better. It’s an impressive-looking game and it’s still really fun to play.”

We’ll see how well Nintendo’s network holds up in online play, but from what I’ve seen so far, Doom is going to work well on the Switch.