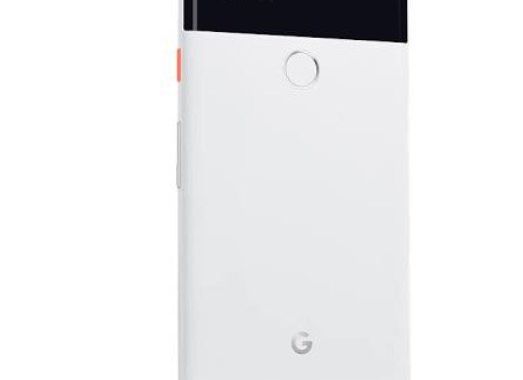 Google is hard at work getting the Pixel 2 and Pixel 2 XL ready for its October 4 launch party. But, in the meantime, pricing and even more pictures of Google’s upcoming flagship smartphone have leaked.

Droid Life has the details on the Pixel 2 XL, which the report says is the phone’s official name. After Google’s shut down of the “value oriented” Nexus brand, the first Pixel phone was criticized for being a bit too expensive. For 2017, Google doesn’t seem too interested in addressing those complaints and is reportedly upping the price of the XL another $100—it will start at $849. There is, at least, a baseline of 64GB of storage, and you can jump up to a 128GB model for $949. There’s no SD card slot on the Pixels, so this is the only way to get more storage.

Droid Life says the Pixel 2 XL will come in two colors, not “black” and “white” but “black” and “black and white.” The black version is what you would expect—all black everything—although the metal body seems to be a dark gray or matte black, while the Pixel’s trademark glass window is a deep, glossy black. The “black and white” color gets a little crazy, with a white body, black glass window, and a cheeky orange power button.

Droid Life also has pricing for the smaller Pixel 2, which it says is staying the same price as the original: $649. Again, it’s getting a bump to 64GB, with a 128GB option for $749. The colors here are “black” (which looks just like the 2 XL), an all-white version, and one version called “Kinda Blue.” One interesting difference between the Pixel 2 XL and Pixel 2: they swap the positions of the camera and flash arrangement! The Pixel 2 XL has the camera on the left, while the Pixel 2 has it on the right. Also, keep in mind the front of these two devices look totally different. The Pixel 2 XL has a modern, slim bezel design, while the Pixel 2 looks just like last year’s model.

There’s no new confirmation on the specs, but, last we heard, we were expecting the usual “2017” loadout: a Snapdragon 835 SoC and 4GB of RAM. The Pixel 2 XL gets a 5.99-inch, 1440p OLED display, while the Pixel 2 is expected to have a 4.97-inch, 1080p OLED. Both phones will have squeezable frames like the HTC U11, dual front-facing speakers, an always-on display mode, and, sadly, no headphone jacks.

We’ve got plane tickets for Google’s October 4 San Francisco event, so we’ll cover all the announcements live as they happen!