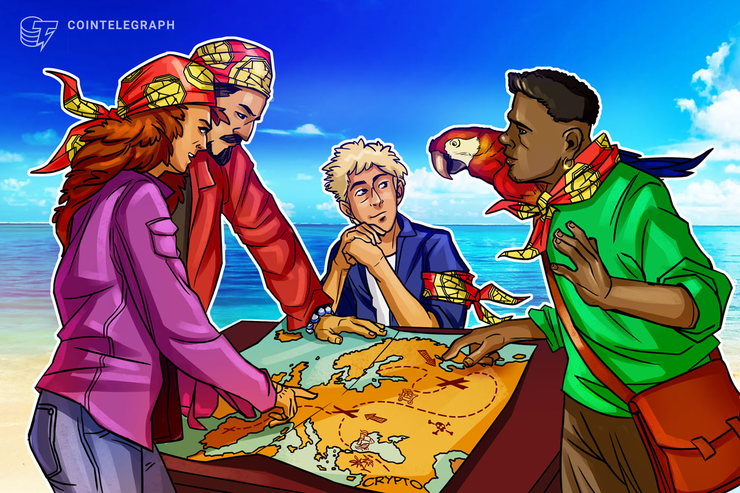 Part of the appeal of digital currencies is their global nature. Since the vast majority of digital currencies are not sponsored by an individual state, the hope was that the crypto world could be largely borderless. This has turned out to be a bit of a pipe dream. It turns out that countries actually do matter when it comes to digital currencies, as they have the power of the law and the ability to regulate.

It very much matters if an individual trader is located in China, where almost all cryptocurrencies are outlawed, rather than Japan, which has created a comprehensive system for using and trading currencies.

We’ve moved past the period in which many countries had their proverbial “head in the sand” when it comes to digital assets. There is a growing realization that the digital asset economy is a permanent part of the economic landscape, as well as an increasing wrestling about how this will work. While every individual provider may have preferences about the direction they would like regulation to take, a broader consensus is that a systematic, combined approach in as large a market as possible would be useful.

One of the greatest chances for this cooperation exists in Europe. The European Union and its related financial institutions have already produced regulatory regimes that guide equities, fixed income and derivatives trading across large portions of the continent. Digital currencies are next.

When it comes to the forefront of securities, the two leaders have tended to be the Financial Conduct Authority in the United Kingdom and the European Banking Authority. This isn’t to say that the French or Germans don’t play important roles in certain areas, but in general, broad legislation starts elsewhere.

The EBA has been strongly in favor of finding common ground — partially as a way to prevent abuse. A report issued at the beginning of the year by the agency said, “Divergent approaches to the regulation of these activities are emerging across the EU. These factors give rise to potential issues, including regarding consumer protection, operational resilience, and a level playing field.” Regulators were concerned that poorly aligned policy leads to a “race to the bottom,” where criminals take advantage of loopholes to get beyond the spirit or intention of the law.

Meanwhile the FCA has been looking to provide clarity of its own. In July, the regulator described crypto assets as “a small, complex and evolving market covering a broad range of activities.” While not everyone may agree with the stated size of the market, the document makes useful distinctions about security tokens and e-money tokens — which do, in fact, fall inside existing rules — and the so-called “unregulated tokens” that fall outside of the framework. The FCA does not have the right to expand the agency’s remit, but only to clarify what already exists. These rules evolved in the process toward the final guidance, showing how this area very much remains in flux.

No matter what happens with Brexit, the European Union is intent on continuing this process of bringing things together. Earlier this month, EU Financial Services Commissioner Valdis Dombrovskis pushed for a common framework. “Europe needs a common approach on crypto-assets such as Libra. I intend to propose new legislation on this,” he said in an interview. This was considered so important that these remarks were uttered in hearings around his proposed reconfirmation.

With the political willpower on the rise, the next step is execution. As someone who sits at the intersection of institutional and retail crypto, I am cautiously optimistic that we will come through this process with a result that makes long-term sense for the industry’s development. What we need to avoid is the knee-jerk reactions of certain politicians who have attacked proposals like Libra before understanding exactly how these exist. Criticism and revision is part of the process, but I encourage as much information gathering as possible. Sending questionnaires to industry members, as well as holding hearings and comment periods are all valuable tools. This should continue.

I also hope there’s a consideration for the global nature of the industry. Much as with privacy policy, the European Union has a chance to impact how things develop beyond its borders. If it succeeds in pushing toward a common sense approach to crypto assets, it would be easy to see other countries and regions taking a similar path. It may lead to a world where borders really do start to disappear for digital assets.

The views, thoughts and opinions expressed here are the author’s alone and do not necessarily reflect or represent the views and opinions of Cointelegraph.