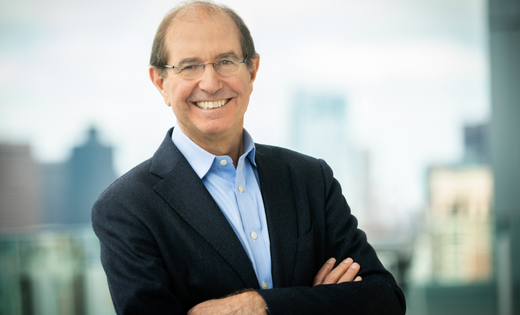 Silvio Micali has been an MIT professor since 1983 in the electrical engineering and computer science departments. He’s the recipient of the Turing Award, as well as RSA Prize in cryptography, which is named after RSA encryption that underpins the Internet.

The cryptocurrency landscape is rife with misinformation, incompetence, and questionable roadmaps. Many projects attempt to surpass the Bitcoin standard but lack the characteristics that make it sustainable and effective.

There are, however, a few projects that are worth looking into.

One of those was built from the ground up and leverages a lifetime of cryptography research and real-world applications. Silvio Micali witnessed first-hand the technical limitations of early approaches, such as the “scalability trilemma.” It refers to the inherent trade-offs between scalability, security, and decentralization of blockchain networks.

Micali started Algorand in 2017. He’s a pioneer in zero-knowledge proofs (ZKPs), verifiable random functions (VRFs), and probabilistic encryption. Algorand is developing innovations in the cryptography and blockchain fields, and has raised $260 million from investors in the open-source technology company as well as token auctions from the Algorand Foundation.

Silvio Micali has been an MIT professor since 1983 in the electrical engineering and computer science departments. He’s the recipient of the Turing Award, as well as RSA Prize in cryptography, which is named after RSA encryption that underpins the Internet.

His work as co-founder of probabilistic encryption, ZKPs, and VRFs is legendary. ZKPs and VRFs have applications in next-gen privacy and security.

ZKPs are referenced as “crypto magic” and underscore the anonymity-oriented protocols of cryptocurrencies like ZCash and ZCoin. Monero recently introduced Bulletproofs, an off-shoot of ZKPs, for enhanced efficiency and privacy.

Algorand has gained attention for groundbreaking tech in cryptography, distributed consensus, and game theory incentives. But its design wasn’t always popular with industry observers, particularly some of the early proponents of proof-of-stake (PoS).

There are several blockchain platforms tinkering with the consensus model of PoS. From Cosmos’ Tendermint-based PoS to Ethereum’s planned transition to PoS in “Ethereum 2.0,” the goal is to enhance Bitcoin’s scalability and performance.

But Micali viewed many attempts at implementing PoS as misguided.

The Algorand team designed Pure Proof-of-Stake (PPoS) as the consensus model of its network. PPoS enables the transaction throughput similar to those of large payment processors, without sacrificing security or participation of the nodes in the network—two common criticisms of PoS implementations in blockchains.

The Algorand blockchain cannot be forked.

At a high level, forks of public blockchains result in two competing chains, where consensus by the community ultimately determines which is the original “primary” chain. For example, Ethereum forked into Ethereum Classic, and Bitcoin Cash is a fork of Bitcoin.

Forks are highly contentious. They can split the community into entrenched tribes, and lead to security vulnerabilities.

In Algorand, a confluence of PPoS, self-selection using VRFs, a series of voting steps, node architecture, and partition resilience prevent forking. According to Algorand:

“Even when the network is partitioned into multiple non-connected networks, Algorand’s blockchain does not fork and users’ balances remain secure. An adversary is never able to convince two honest users to accept two different blocks for the same round. All transactions that appear on the blockchain are always final.”

The team observed the security missteps of earlier PoS implementations, specifically concerning security and the logic of achieving consensus, and improved upon them with a bootstrapped PPoS consensus design. Algorand’s performance and security are innovations on conventional PoS models, which itself was designed to improve the performance and scalability of Bitcoin’s PoW.

Building public blockchains from scratch also has noticeable advantages over Ethereum’s full-scale transition from PoW to PoS. For example, Ethereum 2.0 has been undergoing development for a couple of years, with the final release not slated until 2021. This all is happening while developers have to work around applications already functioning on the network and adding to the blockchain’s size.

The Algorand team explicitly designed the platform with the idea of catering to large scale payment processing, enterprise uses, mainstream user adoption, and a vision of a “borderless economy” from scratch.

As a result, it’s evident why investors like Arrington XRP Capital backed a $60 million funding round to build applications directly in the Algorand ecosystem, which came on the heels of Algorand’s $200 million public raise earlier this year.

In a market full of missed opportunities, many developers and investors are betting big on Micali’s lifetime of experience in the field of cryptography, and his keen eye for where to make a meaningful impact.