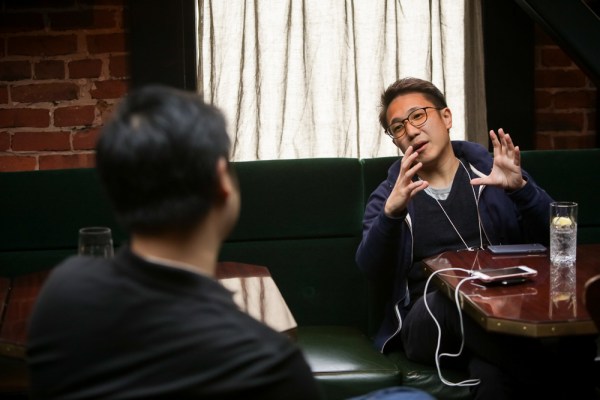 Most brand-new venture funds don’t start life with $180 million in capital commitments, especially if they are launched by people who have not worked as venture capitalists before, and particularly not if those people want to focus narrowly on the global interactive entertainment industry.

That Makers Fund is the culmination of all of these things makes it one of the more interesting debut funds about which we’ve heard (and we hear about a lot of new venture funds).

We talked earlier this week with firm cofounder Jay Chi, who previously spent eleven-and-a-half years at McKinsey & Co., where he says he led its global video games practice. We asked how he and cofounder Michael Cheung — a McKinsey alum who more recently spent a year as a senior director with Tencent Holdings —  managed to put the fund together and what they are aiming to do.

TC: You’ve closed on $180 million for your first fund and it’s not even officially closed yet. That’s a pretty big opening statement.

JC: We figured if we’re trying to do something, we want enough capital to move the needle. Fifty million for a gaming and interactive entertainment fund isn’t enough. We think the Series A is where you can make the biggest dent.

TC: Who are your investors?

JC: We’re not allowed to [name] them, but it’s institutions and family offices and high net worth individuals, mostly across Asia, from Japan to Korea.

TC: How did you persuade them to invest in you?

JC: People in the gaming world know me. I’ve been a whisperer and long-time advisor in this business, helping my friends make a lot of investment decisions at both the early and very late stage. I’ve never been a portfolio manager before, but I’ve seen a lot of successes and failures and I think LPs look at the history of my involvement in industry and also my passion for the industry.

TC: Does Michael have any investing experience?

JC: He had some investing experience in his previous role and he has made angel investments.

The gaming industry is only 40 years old, and it’s very unique. On the one hand, it changes rapidly; it’s at the forefront of technology, driving monetization and engagement. But it’s also fickle. It’s like a new dish. If you aren’t familiar with a certain type of cuisine, it’s hard to tell if one dish is better than another.

Not many are willing to invest in early-stage companies as a result. That means there aren’t enough enough experienced thinkers and investors in this space to help the many real founders and tide them over. We’re here to bridge that gap.

TC: All over the world, correct? Am I right in thinking you are targeting 13 cities globally that you see as interactive entertainment hubs?

JC: Yes. If you want to have a strong impact in gaming, you have to do it globally. By nature, it’s a global market, with hubs in Montreal and Vancouver and Seattle and the U.K, and the Nordic region and Seattle, L.A., Austin, and San Francisco.

It’s not as complicated as you might think. It’s a very global community.

TC: What size checks are you writing?

JC: We’re writing $1 million to $10 million checks, mostly at the Series A stage, though we’ll dabble in seed if we can find some good cases. We also lead when we invest, and we usually take a board seat.

TC: How many companies have you already backed with this new fund?

JC: We’ve made around 12 investments across the value chain, from content to interactive entertainment to back-end technologies to information data providers in the space. I believe we’re picking the cream of the crop of the companies, too. We have a database that tracks the deals we’re seeing and since May, we’ve reviewed 600 pitches. I think that’s probably 80 percent of what’s in the space.

TC: Are many of these VR related? Is that an area of interest, or an area to avoid?

JC: We invest in VR but we won’t do as much. There are enough dedicated VR funds out there that I don’t think another adds much. I’m a long-term believer, but from an investor perspective, i think the opportunity is around broader interactive entertainment.

TC: Interactive entertainment, even more broadly, is very hits driven. Why isn’t that a concern for you?

JC: If you really look, something new is happening every 12 to 24 months because the target segment is very young and attention spans are very short. You had Pokémon Go. Now Fortnite is taking over in schools across the U.S.

We’re focused on what the next 18 to 24 months holds but also on the sustainable ways that we can help these companies grow over a four- or five-year range. For example, one of our theses centers on cloud-related development tools for game space. It’s a big shift, with more complexity and calculations or computation required in cloud for the types of experiences that we’ll see coming to mobile and PCs. One of our related investments is in Genvid, whose interactive streaming technology allows a viewer to actually touch the screen and impact the game state. It sounds like sci fi, but we’re getting to a stage where spectators can participate, too.

TC: You’re hopping on a plane shortly leaving San Francisco. Where are you based?