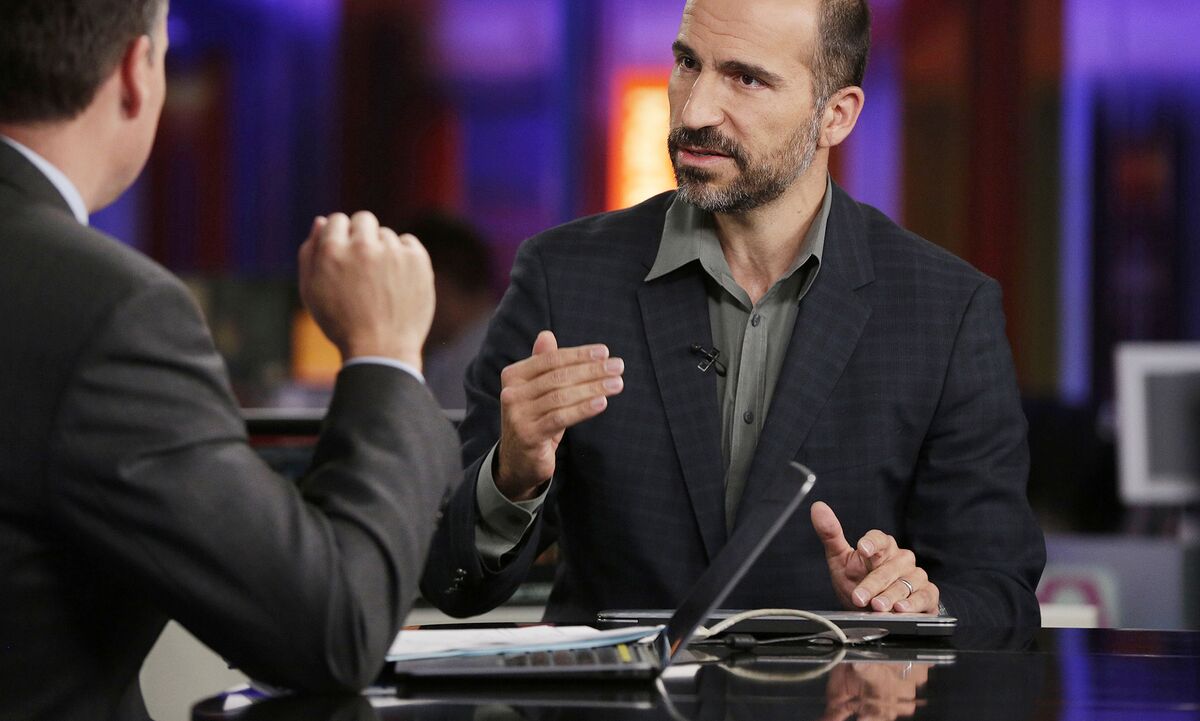 Dara Khosrowshahi acknowledged some of the myriad challenges he’ll face as chief executive officer of Uber Technologies Inc. but described the job as the “opportunity of a lifetime.”

Speaking publicly for the first time since getting picked to run Uber, the outgoing Expedia Inc. CEO suggested he plans to tackle allegations of sexual discrimination and systemic cultural issues at the ride-hailing giant. While Khosrowshahi indicated he intends to take the position at Uber, he declined to discuss the status of his appointment, as did his current and future employers.

“Uber is a company that is redefining the transportation industry on a global basis; to be part of that story is something that is interesting and would be a real privilege,” Khosrowshahi said in an interview at Expedia’s headquarters in Bellevue, Washington. “Are there difficulties? Are there complexities? Are there challenges? Absolutely, but that’s also what makes it fun. I am not in this to coast. I’m in it to get my hands dirty and build a team and do something that people will look back on with tons of satisfaction.”

Khosrowshahi, 48, was chosen by Uber’s board Sunday to replace Travis Kalanick, who resigned as CEO on June 20. The San Francisco-based company has been through an exhausting 2017 so far, with a string of self-inflicted scandals. At the end of a contentious CEO search, Khosrowshahi emerged as the dark horse, beating out better-known candidates, such as Hewlett Packard Enterprise Co.’s Meg Whitman and General Electric Co.’s Jeffrey Immelt.

There’s still a bumpy road ahead at Uber. Khosrowshahi will need to hire several top executives, including a chief financial officer. The company also plans to appoint an independent chairman. Two board members — Uber’s co-founder and the company’s largest shareholder — are currently engaged in a courtroom fight. Venture capital firm Benchmark is accusing Kalanick of fraud and asking him to turn over the three board seats that he controls. Kalanick called the suit “a fabrication.”

And while Uber is on an encouraging growth trajectory, it lost $645 million on $1.75 billion in revenue in the second quarter. The company is looking to bring in additional capital from investors including SoftBank Group Corp., a move that should buy time before an initial public offering.

Taking the company public was in the new CEO’s job description, and Khosrowshahi suggested he’ll be ready for the green light. “At some point, I expect the company to be public, but that’s up to the board,” he said.

Although Expedia has a better track record than most tech companies in terms of hiring women, he said the industry could do more. “It’s definitely a problem inside the technology industry — not just gender discrimination. Diversity is an issue within technology, within Expedia,” he said. “You look at the problem and solve it one step at a time. You solve it by first recognizing it and then working it. It requires real candor and real honesty.”

Expedia Chairman Barry Diller said Monday that Khosrowshahi is likely to take the job at Uber. Khosrowshahi said he didn’t go out searching for a new role. “This is not something I was looking for,” he said. “I love Expedia. I was fully intending to stay here. It’s definitely the opportunity of a lifetime.”

Expedia’s stock has fallen 3.5 percent since news of Khosrowshahi’s expected departure. “I view daily, short-term stock volatility as really about sentiment,” he said. He expects a replacement CEO “sooner rather than later.”

— With assistance by Gerrit De Vynck