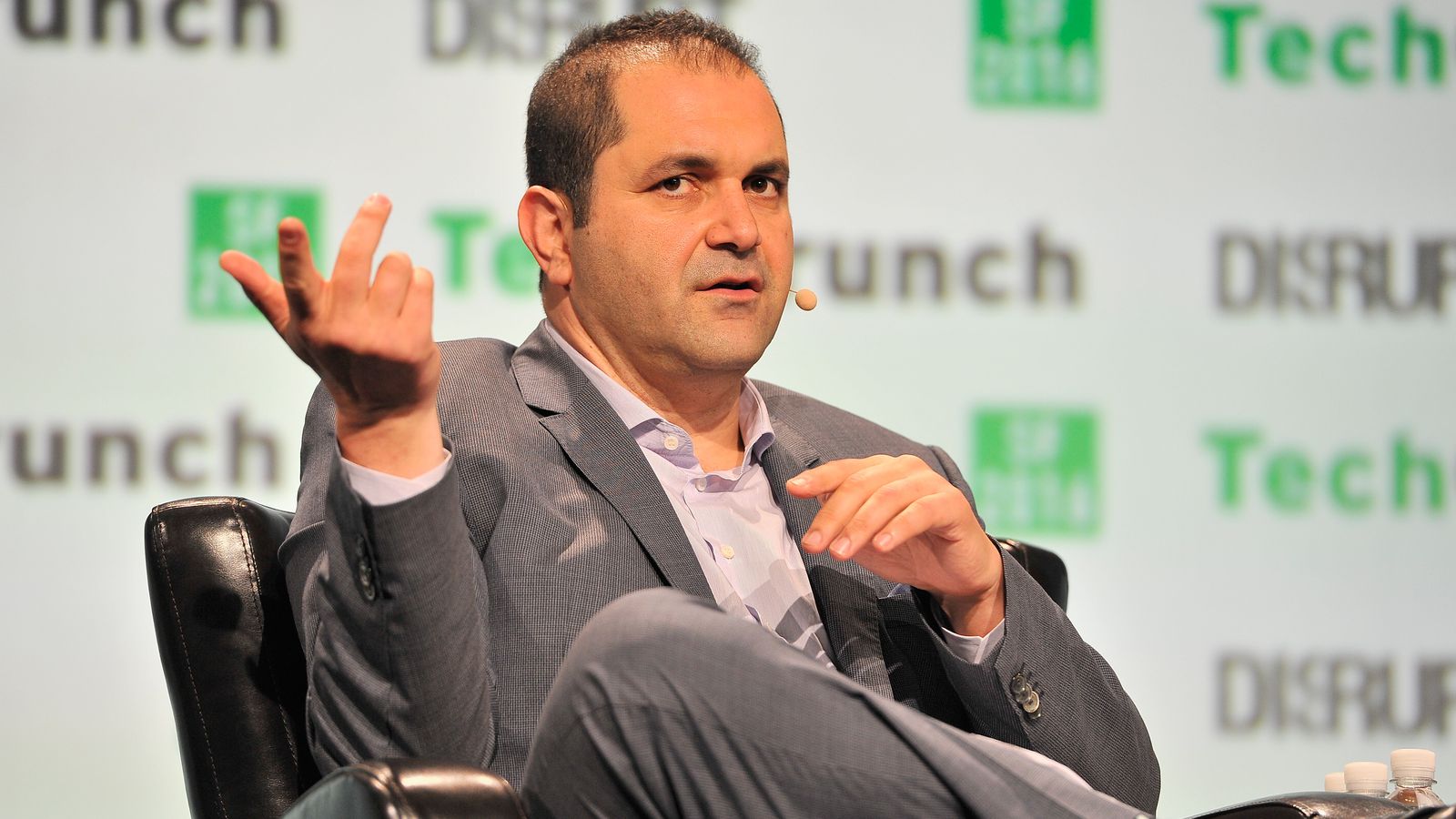 Uber investor Shervin Pishevar has filed a legal documents and also sent a letter to the board of the car-hailing company today, saying he had to “intervene” in the lawsuit brought by Benchmark against ousted CEO Travis Kalanick.

Yes, more mess at Uber, which must come as a shock to one and all. You can read the legal docs he has filed below, which call for the litigation to be sent to arbitration, among other things.

Pishevar has previously sent a letter asking for Benchmark to step down from Uber’s board and also offering to buy a big part of its stake. He alleged in the new missive that the Silicon Valley venture firm is plotting to take over the board, is messing with governance rules and is trying to push through its own CEO candidate, Meg Whitman.

Ouch on this issue: “Benchmark’s dirty tactics and strong arming extend even beyond this lawsuit; for example, in a carefully orchestrated charade, Benchmark is currently trying to cram down, on its own arbitrary timetable, its own preferred CEO candidate, Meg Whitman, with inaccurate denials that she is a candidate.”

Whitman has indeed said numerous times and quite loudly and publicly that she was not going to be the Uber CEO; and she is also not appearing at a board meeting tomorrow, where the final two candidates are presenting their visions of Uber’s future.

So Shervin versus Meg here, I guess. You pick! I’ll duck!

It’s all very complex and even uglier than you might imagine, all coming out of the lawsuit that Benchmark filed against Kalanick.

I would explain further, but just read it, since it will just get worse tomorrow:

Chairman of the Board Directors

Dear Uber Board of Directors.

I write to inform you that, along with Steve Russell, I have come to the conclusion that I have no choice but to seek to intervene in the unfortunate lawsuit that Benchmark Capital has brought against Travis Kalanick, the founder and former CEO of Uber.

As you know, I have tried in every way possible to convince my friends at Benchmark to drop this lawsuit, to end their public campaign against the founder and the company, and to divest their shares under a proposal which would reward them hugely for their investment.

I have called for Benchmark to resign from the Board by proposing a specific plan that would allow Benchmark to reduce its holdings so that the rest of the Board can move forward constructively to address the challenges of building our company, securing new infusions of major capital, and recruiting a world-class CEO to oversee our continued growth.

Instead, Benchmark has refused to meet with me to address these concerns. I asked as a friend to “have a rational, adult conversation,” to “have a conversation and try to make peace on behalf of all.” Benchmark told me they looked forward to talking with me “when this is over,” but saw no possibility of “a meaningful conversation” with me about these issues.

But they have been more than willing to talk to others, inappropriately, and in violation of their fiduciary duty. They reached out directly to employees in a letter, which is utterly inappropriate for a venture capital firm to do. Benchmark principal Kris Fredrickson helped recruited Gautam Gupta , the head of finance and effectively the acting Uber CFO, to another company where he owned shares without ever informing Uber; in fact, Frederickson told his partner and Uber board member Bill Gurley six months earlier, but Gurley never told Travis Kalanick, exacerbating the crisis facing the Company in May 2017 when Gupta left. Even more troubling, we have been told that Benchmark has been conferring with Lowercase Capital with respect to adverse action against Uber, indicating that they are seeking to remove Arianna Huffington from the Board and, in clear violation of their fiduciary duties, wrongfully leaked highly confidential details from the investigation by former Attorney General Eric Holder.

Benchmark even intruded itself into staff recommendations made by Holder, urging — contrary to the CEO’s wishes — that Holder recommend that the General Counsel be retained, rather than offered a promotion, lest that be seen negatively; yet another inappropriate intrusion by a venture capital investor, this time in an independent investigation

And perhaps most tellingly of all, Benchmark appears determined to insert its own candidate as CEO, Meg Whitman, prior to addressing any future issues, telling me that they “see no meaningful discussion without an acceptable CEO candidate being hired … uninfected by improper influences.” The “improper influences” here are Benchmark’s own efforts to control the company. They have no interest in reaching a peaceful accord which will allow this great company to grow even more, to recruit a world-class CEO, to secure further important funding. Clearly, they have a different agenda than ours.

Benchmark’s investment of $27 million has grown to some $8.4 billion because of the outstanding leadership of Travis Kalanick and his team. Benchmark recognized as much, even as it was encouraging Travis to resign. For a venture capital firm to then turn around, having threatened Mr. Kalanick with a public campaign if he did not resign, and then launch the campaign anyway — complete with the filing of a frivolous lawsuit notwithstanding an arbitration clause that prohibits such lawsuits from being brought in the first instance — has unfortunately convinced us that Benchmark is not operating in good faith, does not have the company’s best interests at heart, and instead is seeking to take advantage of the current circumstances to try to take control of the Board.

Conduct so completely at odds with Benchmark’s fiduciary duty cannot be left unanswered, particularly at this terrible time for Mr. Kalanick and his family. We all owe a huge debt to Travis and his team for their tireless work in imagining, creating, and building Uber. I know how proud Bonnie Kalanick was of her son’s work, and it is an affront to her memory which we cannot silently tolerate that her passing should become the occasion for a secretive and personal assault on her son by those who, by sheer dint of his hard work and determination and that of his team, he has made wealthy beyond all their other investments.

The lawsuit brought by Benchmark seeks to cancel the Voting Agreement amendments adopted in 2016, when the Saudi Government’s Public Investment Fund made a $3.5 billion dollar investment in Uber. The Agreement was amended to give the Saudis the right to designate a board member; and to give founder and CEO Travis Kalanick three seats he had the right to designate. No one objected at the time; nor did they object any time in the next year. It was only after Mr. Kalanick took a leave to deal with his family’s personal tragedies that Benchmark for the first time took the position that Mr. Kalanick should be forced to resign and to give up his right to appoint additional Board members — supposedly because he had withheld information that Benchmark in fact knew all about.

There is no basis for canceling an agreement entered into by sophisticated investors each advised by counsel. We have a direct and substantial interest in not allowing the governance of the company to be unilaterally changed at the insistence of one party in violation of the procedures requiring written consent to amend. And there is no basis for Benchmark’s decision to ignore the comprehensive arbitration provision which governs all disputes arising out of that Agreement in favor of a high-profile filing that paints the company in a negative light to serve Benchmark’s own interest in a public campaign against the founder.

We are seeking to intervene in the lawsuit because if Benchmark insists on trying to use the courts to try to take over this company, we are committed to doing everything we can to try to stop this abuse.

We continue to hope that a way can be found for Benchmark to move forward, having profited so handsomely from the work of Travis Kalanick and many others, and to do so without inflicting gratuitous harm on the company which we have all supported, and for which we continue to have the greatest expectations.

And here are all the files to peruse too: