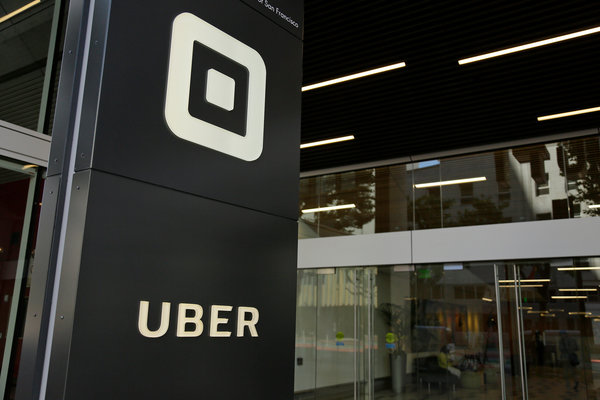 SAN FRANCISCO — Uber has spent the past eight months reeling from a series of corporate scandals. Yet those have done little to deter people from hailing an Uber for rides.

That became clear on Wednesday, when the ride-hailing company shared its latest financials with investors. According to the disclosures, Uber’s gross bookings continued to increase in the second quarter, while its losses narrowed. Trip requests from riders also more than doubled over the past year.

The numbers were a reminder of how much people have grown accustomed to using Uber as a transportation option, even as the company is grappling with multiple challenges. In June, Travis Kalanick resigned as Uber’s chief executive after accusations that the company had become a hotbed of sexism and bullying. Benchmark, a major shareholder, has spent the past few weeks clashing with other Uber investors as it tries to oust Mr. Kalanick from the company’s board.

Yet while some investors and outsiders have expressed concern that Uber’s business was in jeopardy because of the internal dysfunction, Wednesday’s results showed a positive trajectory for the business.

In the second quarter, Uber’s gross bookings rose to $8.7 billion, up 17 percent from the previous quarter. Uber’s adjusted net revenue — or the amount of money earned after paying out its drivers — jumped to $1.75 billion from $1.5 billion over the same period. Ride requests increased 150 percent from a year ago, though Uber did not disclose the number of rides requested.

Losses narrowed to $645 million from $708 million in the previous quarter, or about 14 percent less than a year earlier. While Uber executives have historically been willing to spend billions of dollars to plow into new markets around the world, some of that spending has been reined in over the past year in countries like China and Russia.

Uber is a privately held company, so it is not required to disclose its financials. But the company’s results have often been reported by the news media in the past few quarters, and the growth of the business has provided a bright spot while Uber continues to struggle with its management and governance.

The latest financials were earlier reported by Axios. Uber declined to comment beyond confirming the numbers.

Even with growth in Uber’s business, investor confidence in the company is precarious. Recently, Vanguard Group, T. Rowe Price Group Inc. and two other mutual fund firms marked down the valuation of their Uber holdings.

Fidelity Investments, another giant mutual fund firm, held its Uber estimate steady at $48.77 a share as of June 30.

Michael Ramsey, an analyst with Gartner, said the lower valuations by some of the mutual fund companies were most likely a proactive accounting strategy for the funds that signaled an internal dialing down of their confidence in the San Francisco-based start-up.

“They have to take a hit on their finances now to do it,” he said of the mutual funds, “but with all of the drama around Uber and its growth trajectory and leadership shake-up right now, there are a lot more signs out there that their valuation may be too high rather than too low.”

Uber is currently valued at around $68.5 billion, making it the most highly valued private start-up in the world. The company has raised more than $10 billion in debt and equity, and it holds more than $6.6 billion in cash, down from $7.2 billion at the end of the first quarter.

There may soon be more clarity on what exactly Uber is worth. This month, the company’s board voted to advance preliminary proposals by two investment groups — the Japanese conglomerate SoftBank and the Dragoneer Investment Group — to buy shares in the company. The board is also considering an offer from a consortium led by Shervin Pishevar, an early Uber investor, to buy shares.

While the proposals include measures that would maintain, at least on paper, Uber’s $68.5 billion valuation, the investment groups would potentially gain some of the company’s shares at a discount. Whatever that discount may amount to is likely to be heavily scrutinized.