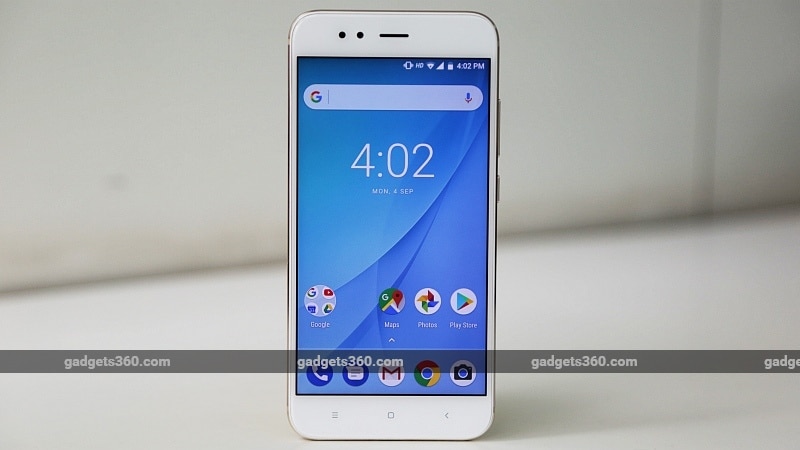 Here’s everything that you need to know from this week in one place. One of the highlights was the global launch of the Xiaomi Mi A1 at an event in New Delhi. The phone is the result of a joint effort between Xiaomi and Google, and the result is a pretty impressive phone with specs similar to the Xiaomi Mi 5X, but near-stock Android on the software front, coupled with a few Xiaomi touches such as the Mi Camera, Mi Remote, and Mi Store apps.

As we noted in our review of the Xiaomi Mi A1, the software implementation is really good, and the phone’s dual camera approach works well. It’s also a good-looking phone, but the battery life is a little disappointing. The Xiaomi Mi A1 comes with a 3080mAh battery that lasted for roughly 15 hours with heavy use; and what’s more, on our HD video loop test the phone only lasted for 10 hours and 18 minutes, which is decidedly average.

Android One Is Anything But Dead, Google Reaffirms With Xiaomi Mi A1

The phone is a part of the Android One initiative which Google launched three years ago, but unlike the phones which were launched under that project, this is a fairly powerful phone that will be sold in dozens of countries. “Until now Android One smartphones were only available in lower range of specs. Today we want to confirm and reinforce that Android One is no longer just about low-end smartphones,” Jon Gold, global director of Android programs said at the launch of the Xiaomi Mi A1.

The other phone this week that got a lot of attention was Samsung Galaxy J7+, which was listed on Samsung’s Thailand website. This phone also has dual-cameras on the rear, and a dual-app function to run two WhatsApp accounts at the same time. The Galaxy J7+ costs THB 12,900 (roughly Rs. 24,800), and will hit the market on September 15.

With Torrent Sites Facing the Heat, Pirates Get Creative With Google Drive and Other Services

The dual-SIM phone has a 5.5-inch full-HD display, and a 2.4GHz octa-core processor, paired with 4GB of RAM and 32GB storage. On the rear, the Samsung Galaxy J7+ has a 13-megapixel and a 5-megapixel sensor, while there’s a 16-megapixel sensor on the front. The phone has a 3000mAh battery.

Aside from the phones, there were also a couple of interesting new plans announced by Indian telcos. Airtel announced its Rs. 349 pack with 28GB of bundled data, and “unlimited” calls. The calls are actually restricted to 1000 minutes per week after which you will be charged 10p per minute for calls to other Airtel numbers, and 30p per minute for calls to other networks. Aside from the weekly limit, there’s also a daily limit of 250 minutes.

Aside from Airtel, BSNL also got into the act, offering a Rs. 429 for 90GB data plan – once again, the daily usage of data is capped at 1GB, but the validity is up to 90 days. That works out to approximately Rs. 143 per month for 1GB data daily, along with unlimited calling, but the plan is only available for prepaid users, and is not available in the Kerala circle. BSNL also rolled out low-cost plans of Rs. 8 and Rs. 15, which have 30 days and 90 days of validity, and set call rates to 15p per minute to BSNL numbers, and 35p per minute to other numbers.

Meanwhile, Vivo launched the Vivo V7+ which goes on sale from September 15. The new phone is priced at Rs. 21,990, and comes with a large 5.99-inch HD display, with an 18:9 ratio. The phone is powered by an octa-core processor and has 4GB of RAM, along with 64GB storage.

The Vivo V7+ has a 16-megapixel rear camera with dual-LED flash, but the standout feature is the selfie camera, which has a 24-megapixel sensor, f/2.0 aperture, and a “moonlight glow” selfie light. The phone also packs ins a 3225mAh battery.

The Lenovo K8 Plus was also launched in India this week, priced at Rs. 10,999. The phone has a dual-camera setup and a large 4000mAh battery, and it is running near-stock Android. The phone also supports Dolby Atmos for the speaker and headphone performance.

The Lenovo K8 Plus has a 5.2-inch full-HD display, a 1.69GHz octa-core processor, 32GB storage, and 3GB RAM, with a 4GB RAM variant that’s planned for a Diwali release. On the rear, the phone has a 13-megapixel sensor and a 5-megapixel depth sensor, while there’s an 8-megapixel camera with a wide-angle lens.

A new brand, called 10.or (Tenor), launched its first smartphone in India, the 10.or E. With two variants packing 2GB RAM/ 16GB storage and 3GB RAM/ 32GB storage respectively priced at Rs. 7,999 and Rs. 8,999, the phone will be sold exclusively via Amazon India. It packs a 5.5-inch full-HD display, and a large 4000mAh battery. There’s a 13-megapixel rear camera, and a 5-megapixel front camera.

How Indian Smartphone Makers Lost the War Against Chinese Companies

Meanwhile, according to a leak, Google’s next smartphone the Google Pixel 2 will come with IP86 water resistance and an always-on display. There is also a strong chance that Google will ditch the 3.5mm jack, according to tips. There were also leaked renders showing the Huawei Mate 10 ahead of its launch next month. The company’s official render for the Huawei Mate 10 already gave us a glimpse of the smartphone’s design, and the new leaks showed the full design.

Of course, the big news that many people might want to know about is related to next week’s big launch – the big Apple event. Reports say that the iPhone 8, iPhone 8 Plus, and iPhone Edition will go up for pre-orders from September 15. It is rumoured that Apple will price its OLED iPhone starting at $999 (roughly Rs. 64,000) in the US. However, a recent Bloomberg report claims that Apple will have to wait till 2019 for LG to be strongly equipped to meet the Cupertino giant’s OLED demands, which could negatively affect availability. Rumours also suggest there is no 512GB variant of the iPhone Edition variant – only 64GB and 128GB options.