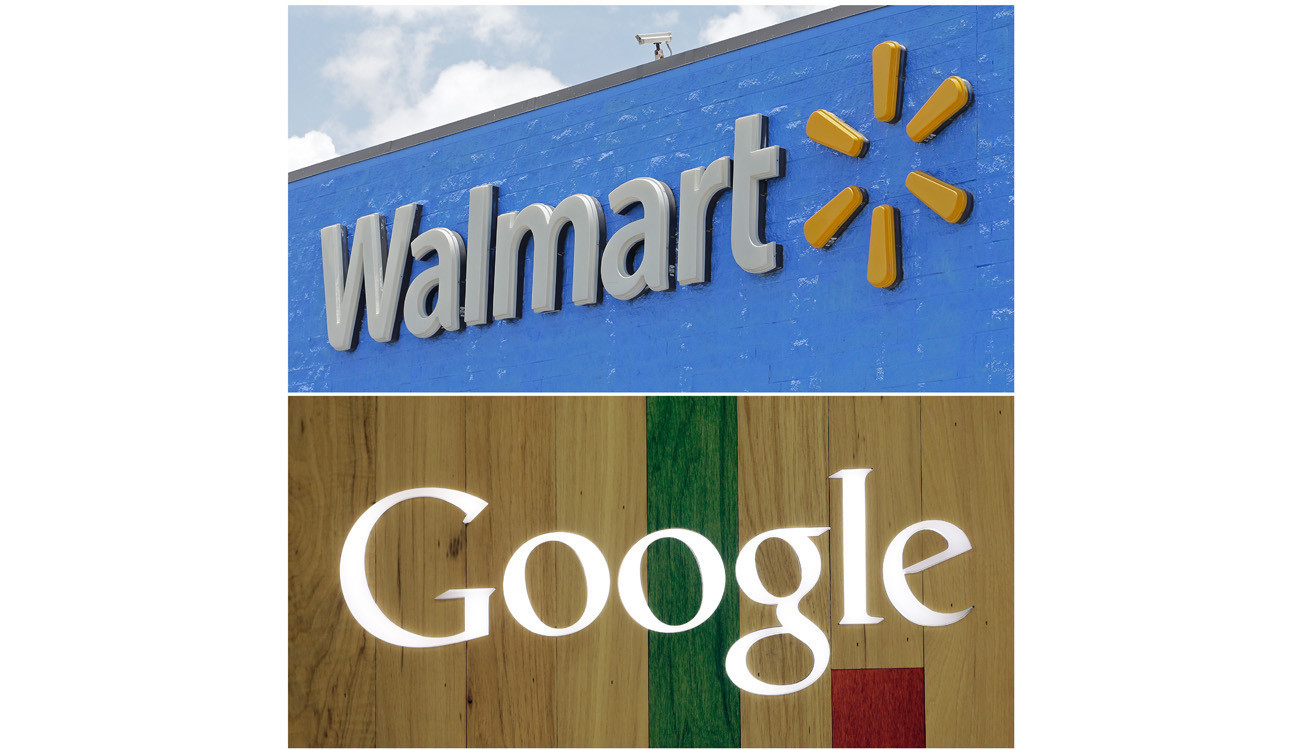 Walmart is diving into voice-activated shopping. But unlike online leader Amazon, it’s not doing it alone.

The world’s largest retailer said Wednesday it’s working with Google to offer hundreds of thousands of items from laundry detergent to Legos for voice shopping through Google Assistant. The capability will be available in late September.

It’s Google’s biggest retail partnership — and the most personalized shopping experience it offers — as it tries to broaden the reach of its voice-powered assistant Home speaker. And it underscores Walmart’s drive to compete in an area dominated by Amazon’s Alexa-powered Echo device.

The voice-activated devices are becoming more mainstream as they become more accessible. Even Apple has one coming out this year. Walmart has said Google’s investment in natural language processing and artificial intelligence will help make voice-activated shopping even more popular.

And Lore said the personalization of the partnership means people can shout out generic items like milk, bread and cheese, and Google Assistant will know exactly the brands and the size that the user wants.

Google introduced shopping to Home in February, letting people use voice to order essentials from more than 40 retailers like Target and Costco under its Google Express program. But that was far behind the Echo, available since late 2014.

Walmart, which has more stores than any other retailer and the largest share of the U.S. grocery market, is also working hard to close the gulf online between itself and Amazon.

Amazon generally has been building its network of services on its own, using its $99-a-year Prime membership with same-day and even one-hour shipping options to develop loyalty.

It’s also been drawing in customers with its Alexa-powered devices. Amazon doesn’t give sales figures for Echo, but Consumer Intelligence Research Partners estimated that it’s sold more than 10 million Alexa-powered Echo devices in the U.S. since late 2014. That includes the core $179 Echo as well as the less expensive and smaller Echo Dot and the portable Amazon Tap.

To be more competitive with Amazon, Google Express is scrapping the $95-a-year membership starting Wednesday, allowing shoppers to get free delivery within one to three days on orders as long as the purchase is above each store’s minimum.

Walmart is integrating its Easy Reorder feature — which has data on both store and online purchases — into Google Express. Shoppers who want to reorder their favorites have to link their Walmart account to Google Express.

While one of Walmart’s biggest advantages over Amazon is its massive number of stores, Amazon’s nearly $14 billion offer for Whole Foods could shake up the landscape.

Walmart says it will be tapping its 4,700 U.S. stores and its fulfillment network next year to offer more kinds of customer experiences using voice shopping. For example, shoppers can tell Google Assistant they want to pick up an order in a store. Lore said the company wants to make voice shopping as easy as possible.

“That’s why it makes sense for us to team up with Google. We know this means being compared side-by-side with other retailers, and we think that’s the way it should be,” Lore wrote in a corporate blog post.

Independent internet analyst Sucharita Mulpuru-Kodal, who was unaware of the Google deal at the time of the interview, says Walmart is going in the right direction, though it has a long way to go. She noted that partnerships with companies like Uber enable the discounter to get the business “up and running” and it will be able to learn a lot.