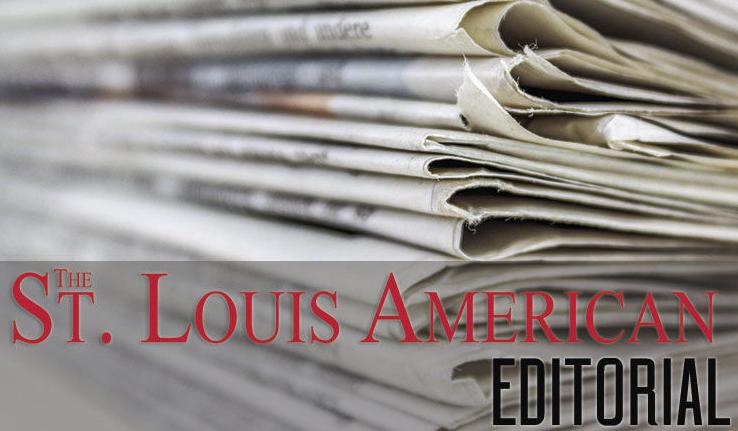 Better Family Life, Inc.’s renewed strategies for community outreach call to mind an urban legend that continues to haunt North St. Louis. The so-called “Team Four Plan,” many people continue to believe, was a secret development strategy intended to lay waste to majority-black North St. Louis by concentrating public and private investment in developing the diverse Central Corridor and majority-white South Side. The truth is messier than the legend – this so-called “plan” actually was a mash-up of a development memo (crafted by Team Four Architects), an unrelated map of the city, and two unrelated board bills. None of it was secret, and none of it was enacted into law or policy. However, public and private investment have been focused on developing the diverse Central Corridor and majority-white South Side, and much of majority-black North St. Louis is so disinvested that it does look like it was intentionally laid to waste.

What Team Four’s Memorandum 6B actually proposed was three types of areas that would receive different strategies for investment: Conservation Areas, which would be maintained in their current state of relative health; Redevelopment Areas that would be targeted for redevelopment; and Depletion Areas, whose poorly chosen name had something to do with the sprouting of an urban legend. So did the fact that these “Depletion Areas” – that is, areas “experiencing severe problems requiring redevelopment but where reinvestment had not yet begun,” as William Albinson of Team Four Architects wrote in The American in 2008 – were heavily concentrated in majority-black North St. Louis. However, Team Four did not recommend merely letting these areas go to ruin and depletion. Rather, as Albinson wrote in this paper, it advised that “spreading scarce redevelopment funds thinly across all depletion areas would not work” and therefore “the city should make commitments to specific locations before turning them into redevelopment areas.”

It’s a redevelopment strategy sometimes described with the medical term of “triage,” where the incoming wounded are sorted into categories depending on how urgently they need treatment and how likely immediate treatment would save a life. The “Depletion Areas,” in this metaphor, are the parts of the city in need of so much investment to be saved that a perennially cash-strapped city would be better off investing in other areas of the city that are closer to coming back to life. Though Team Four’s memo was not secret – it was submitted as part of the 1975 St. Louis Draft Comprehensive Plan, a public document – and it was never enacted as policy, St. Louis has been developed – and underdeveloped – very much along these lines. And though Team Four did not take racial equity into account when making its proposal (it would take St. Louis almost a half-century and a suburban uprising before it would start taking racial equity into account), the areas that have been depleted are mostly places where mostly black people live, and many black lives have been ruined right along with their neighborhoods.

In 1975, when the Team Four memo was written, St. Louis’ population had declined to just over 500,000, a decline of 40 percent since mid-century, and the city’s finances were in shambles. The city’s decline in population and tax base have continued until today, along with a host of other worsening macroeconomic conditions, including departure of company headquarters, loss of high-wage manufacturing jobs, flight of downtown retailers with their sales taxes and accessible jobs, and erosion of outdated housing stock, leaving the city’s “Depletion Areas” more depleted than ever. The city budget submitted last year had to plug a $17 million deficit, due largely to lower-than-expected sales tax and payroll tax collections.

James Clark, vice president of community outreach for Better Family Life (BFL), knows this history, he is busy standing it on its head, and he needs help – including from the financial powers that invest in development. Rather than allow “Depletion Areas,” considered in human terms, to go to further ruin while concentrating efforts on people and places that would be easier to save, Clark and his team are going right at the heart of urban decay. The name of the effort – the “Resourcing Ground Zero Initiative” – is well chosen; it could just as well be called the “Resourcing Depletion Areas Initiative.” BFL is canvassing eight of St. Louis’ most challenged neighborhoods, with staff drawn from those neighborhoods, bringing social services directly where they are most needed. They also are fighting the opioid crisis by taking resources right to where drug sales take place in open-air drug markets and have organized conflict de-escalation centers where they intervene between individuals at immediate risk of resorting to gun violence.

We commend Clark and the rest of BFL leadership. St. Louis leaders may not have consciously followed a master plan to neglect the neediest areas of our city and let them go to ruin, but that has happened – to disastrous effect. Clark and BFL are now trying exactly the opposite approach. They are diving into the wreck and trying to save those who would appear to be the farthest from salvation. It is incredibly difficult work, and its positive effects may not be immediately evident, but we believe it is a promising approach because it is so different from the approach that has failed and is failing. Clark is calling for the Black Church to join BFL in this work, and clergy and the faithful are desperately needed. Equally needed are the financial powers that neglected these parts of the city and these citizens while focusing development elsewhere. BFL’s outreach efforts have received critical funding from the Missouri Foundation for Health, Civic Progress and the Regional Business Council, but more is needed. Robust macroeconomic growth is what is needed in the St. Louis region, more than anything, incuding the city, but community outreach into our most desperate and dangerous areas like BFL is attempting can only make St. Louis a safer and more attractive place to live and invest.

As Jason Q. Purnell’s landmark study on racial disparities makes it clear, we don’t address the neediest cases merely for their own sake; we do it “For the Sake of All.” We will never have a healthy, safe or equitable St. Louis if we do not remedy the neighborhoods and human beings we left depleted. These remedies will require investment, and it is urgent that these investments be made.