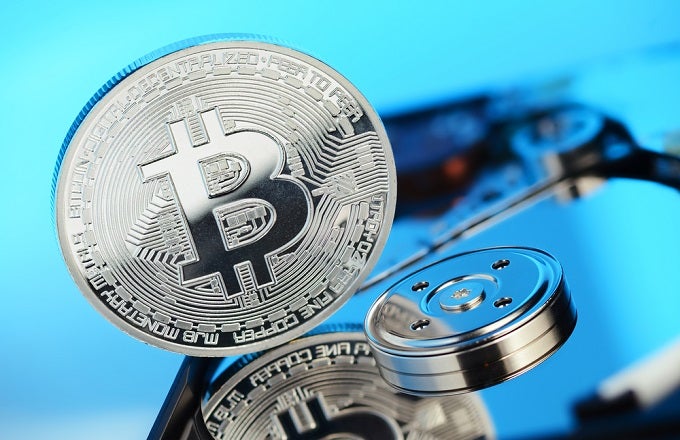 Cryptocurrencies have come a long way from their relatively obscure origins. While the mainstream financial world may have once disdained digital currencies as tools for criminals, terrorists or rebellious individuals frustrated with traditional money, in the past months the industry has made significant progress in establishing itself as a legitimate and (potentially) world-changing space.

Digital currencies like bitcoin (BTC) and ether have paved the way, growing massively in unit value, user bases and daily transaction volumes—and dozens of new cryptocurrencies have followed in their path. That being said, cryptocurrency is not without its detractors. Many skeptics continue to argue that the space is a speculative bubble ready to burst. Another type of criticism that has not gotten as much notice, however, is one having to do with the environmental impact of digital currencies. In this article, we’ll explore potential impacts that digital currencies could have on the environment and present some different viewpoints about how this may play out into the future.

Most digital currencies follow the model of bitcoin, the earliest cryptocurrency to gain widespread adoption and success. As a decentralized token, bitcoin is not linked to a central bank. Rather, new bitcoins are generated through a process known as “mining” in which computers around the world solve complicated mathematical problems, earning BTC as a reward.

The entire system is supported by and based on blockchain, a technology that acts as a distributed digital ledger to record all past transactions. Information on the blockchain is shared among the nodes of the network, or individual computers and mining rigs all around the world.

Adherents of the cryptocurrency concept argue that digital currencies offer numerous advantages over fiat money due to their complicated, anonymized setups. However, according to a report by CNN, the process of mining BTC and other digital currencies requires a staggering amount of energy. Indeed, as of December 2017, bitcoin used about 32 terawatts of energy per year, according to data by the Bitcoin Energy Consumption Index, published by Digiconomist. This amount of energy could power roughly 3 million households in the U.S. While BTC may offer advantages over traditional means of transaction, it requires far more energy than Visa Inc. (V) uses for the billions of Visa card transactions each year, which is equivalent to the power used by just 50,000 U.S. homes.

One concern that environmentalists have about bitcoin and other digital currencies is that they tend to require more and more energy as they become more popular and as their value increases. In the case of bitcoin, for example, the mathematical puzzles miners are required to solve in order to receive a BTC reward get increasingly difficult as the value of the coin goes up. This means that they also require more computing power and, in turn, more energy.

All of this has combined to link cryptocurrencies with fossil fuels in a way that many investors have yet to acknowledge. Meteorologist Eric Holthaus has argued that “bitcoin is slowing the effort to achieve a rapid transition away from fossil fuels.” Much of the bitcoin mining taking place today happens in China, where teams of miners have set up massive rig operations in rural areas in which land and electricity are inexpensive. Researchers at the University of Cambridge have indicated that much of the electricity used in these mining operations has come from inefficient coal-based power plants that were constructed in rural areas of the country in advance of large construction projects many of which never materialized. As a reference point, quoted in a recent report, the energy demands of a single bitcoin mining project in Inner Mongolia were the same as those required to fly a Boeing 747. (See also: How Much Does it Cost to Mine Bitcoin Around the World?)

The burning of coal and other fossil fuels is currently a major source of electricity worldwide, both for cryptocurrency mining operations and a host of other areas. However, coal burning is a significant contributor to climate change as a result of the carbon dioxide that the process produces. A report by CBS News indicates that the opinion of Glen Brand, the director of a Sierra Club chapter in Maine, is that bitcoin and other digital currencies “[threaten] progress we are making toward moving toward a low energy, low carbon economy.”

Many miners of bitcoin and other digital currencies have taken a defensive stance. Indeed, the Cambridge researchers found that several big mining operations believed that their environmental impact would be significantly lower than that associated with a physical extraction process for oil or another precious natural resource.

Other miners point to new strategies and tools which aim to make the mining operation less dependent upon massive amounts of energy. HydroMiner, for example, is a Vienna-based company that utilizes renewable hydroelectric power for its mining operations. Co-founder Nadine Damblon takes a less reactive view of the impact of mining on the environment. According to Futurism, Damblon believes that this question is the latest iteration of “an old argument.” She continues by saying that “people used to say that the streets would be no longer usable because they would be covered in horse manure—not long ago they said Google’s search engine would use up all the world’s energy.” Damblon is of the opinion that cryptocurrencies are likely to become increasingly efficient as they continue to evolve and develop. At the same time, however, Damblon and her team have worked to find a method of mining that focuses on renewable energy sources.

Between pessimistic analysts and defensive miners, who is right in the debate over the impact of digital currencies on the environment? While the amount of energy used in the mining process is huge, analysts don’t necessarily agree on the exact figures. Beyond that, there’s one line of thinking that suggests that the benefits of digital currencies, including added efficiency in payment processing and the ability to help individuals avoid inflation, may actually outweigh the environmental toll.

One central issue that complicates the debate about the environmental impact of digital currencies is the fact that it is exceedingly difficult to measure the impact itself. Considering that bitcoin and most other digital currencies are anonymous, generating a reasonable estimate of worldwide energy usage trends associated with this industry is problematic. Dutch bitcoin analyst Alex de Vries, however, believes that the numbers don’t bode well. As of January 2018, de Vries suggested that even the most energy-efficient mining rigs possible would still use 13 terawatt hours of electricity in total. For comparison, that’s as much electricity as the entire country of Slovenia uses. Assuming that many machines are not, in fact, as efficient as possible, de Vries believes that the actual amount of energy used to mine for bitcoin could be much higher, and it’s likely only increasing as more and more miners begin to try their hand at the process. De Vries remains pessimistic, saying that “it’s a massive problem … we’re basically consuming thousands of times more energy for something we can already do at the moment.”

Will miners use less electricity as it becomes more efficient to mine? Or will they simply continue to operate at the same energy levels (or perhaps even greater ones), because it will then yield them greater rewards for their efforts? Either way, digital currencies could be headed for an important reckoning.