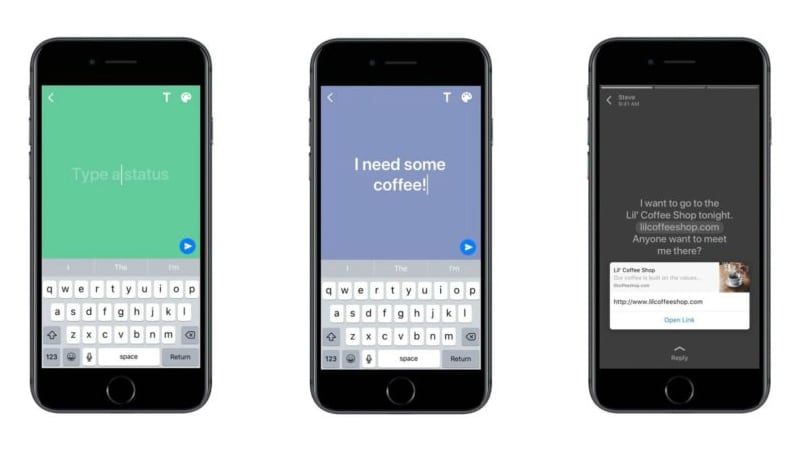 After testing it in beta for a while, WhatsApp has finally introduced coloured text statuses to its Android and iPhone apps. This feature was first introduced by Facebook late last year on its Android app first, allowing its users to write their status update with a colourful background, font, and emoji combination.

WhatsApp has confirmed that the coloured text feature is rolling out to all users on Android and iPhone in an emailed statement to Gadgets 360. However, not all users are seeing this feature go live even after updating to the latest update. WABetaInfo reports that on iOS and Android, it has been remotely activated, and full-fledged rollout is awaited. While some users may see the feature, others will see it pop up soon. For iPhone users, the pen icon now shows up next to the camera icon in the new Status bar. Clicking on the pen icon brings up the option to type a status, choose a font, emoji, and the background colour as well.

When you’re done writing the status and making the necessary changes, you can then hit the green arrow key to send the text status, just like how you send media content now. The status will then be published on WhatsApp for all your contacts to see. For Android users, the floating pen icon shows up at the bottom of the Status tab, above the camera icon. The tipster also confirms that WhatsApp for Windows Phone does not support this feature, and on the Web, you can only view these text statuses for now, and not create them.

Furthermore, the tipster claims that the iPhone app will now support more stickers, and bring an improved chat search feature as well. The stickers are disabled for now, but will be switched on in future releases. Lastly, WhatsApp v2.17.50 for iPhone also brings the ability to bold, italicise, and strikethrough text from the typing bar itself. Just tap and hold the word you want to format, and select the option from the floating options that appear.