Snapchat released the second generation of its Spectacles camera sunglasses Thursday in the hopes that several improvements and new features will deliver better results than the initial version of the product.

The new Spectacles cost $149.99, including the charging case and cable, and are available via Spectacles.com in the U.S., Canada, France and the U.K. Starting May 3, they will also be available in Austria, Belgium, Denmark, Finland, Germany, Ireland, Italy, the Netherlands, Norway, Poland, Spain, Sweden and Switzerland.

Spectacles were introduced in late September 2016, with the company simultaneously announcing its name change to Snap Inc.

It marked the beginning of the company’s effort to identify itself as a camera company rather than a messaging app. Those efforts continued with Snap’s first television spot, “A New Kind of Camera,” which debuted during the Final Four in March.

The camera-sunglasses were available at first in November 2016 only via Snapbots, vending machines that appeared in select locations for just a day at a time. They were available for purchase via Spectacles.com in February 2017 but only in the U.S. And they finally made their European debut last June via both the vending machines and the website.

However, despite all of the hype, Snap sold just 220,000 first-generation Spectacles, and the company recorded a $39.9 million nonrecurring expense in the third quarter of 2017 due to “excess inventory and purchase commitment cancellations.”

A Snap spokesperson said nearly all of the messaging app’s 3.5 billion daily Snaps are captured via phones, but it expects this to change, adding that the company will continue to ensure its hardware capabilities keep pace with camera technology and continue to monitor how Spectacles fit into the lives of its community.

Snap also said it learned from past mistakes and that selling the new Spectacles exclusively via the website will enable it to more accurately predict demand for the product.

Michael Pachter, managing director of equity research at Wedbush Securities, was unimpressed, saying, “I don’t understand their fixation on this device. The first version was a flop, and this version doesn’t appear to do anything differently. It also looks the same, at least to me. I am confused about what Snap’s management expects to accomplish, but I expect another flop without as much media attention.”

Version No. 2 of Spectacles are water-resistant, and users can capture photos or videos in shallow water.

Spectacles users can capture photos or videos in shallow water 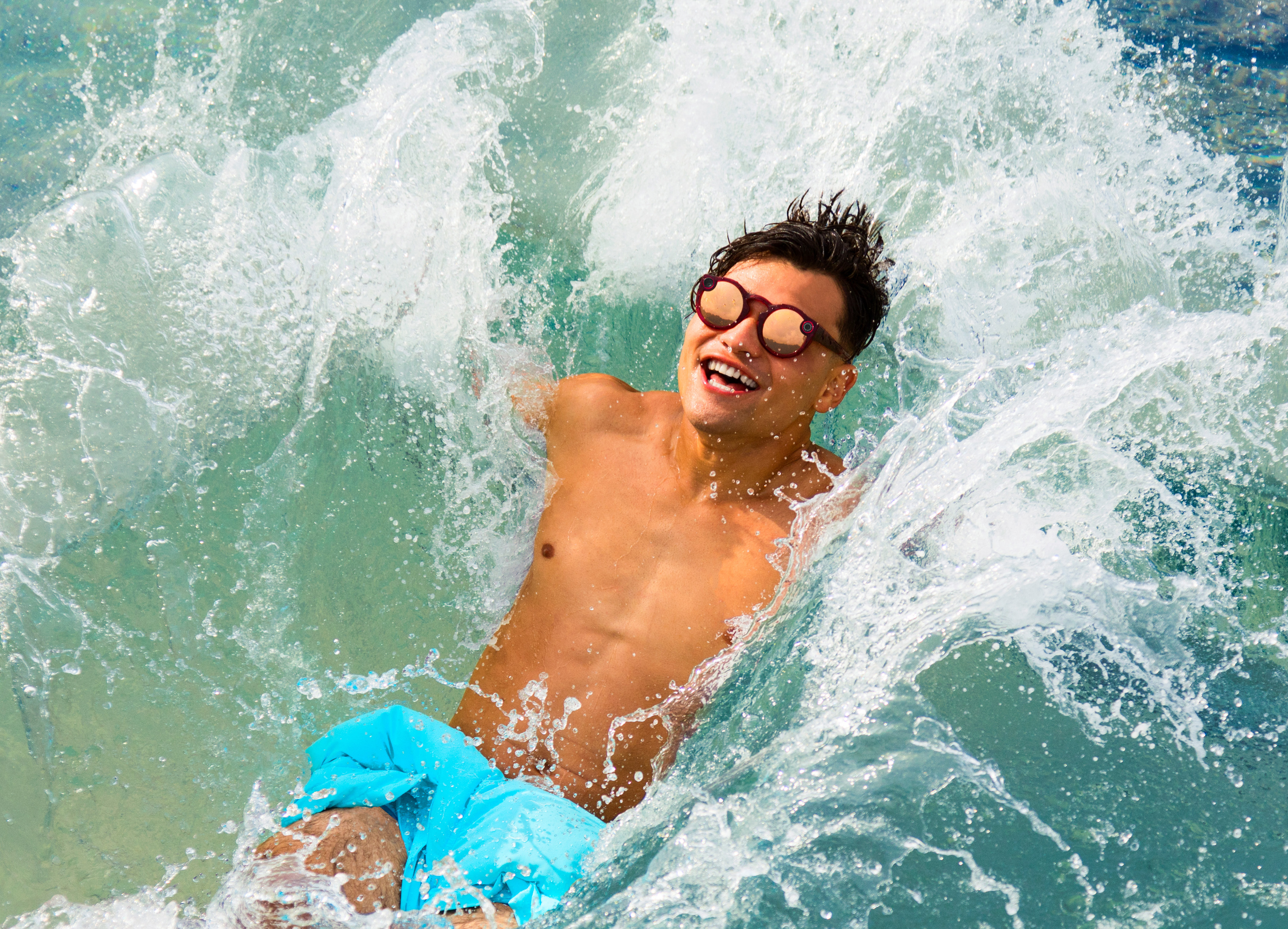 The electronics within the new Spectacles are sleeker and weigh less, leading to a temple area about one-third smaller than version No. 1 as well as a 20 percent reduction in the size of the charging case.

The new Spectacles are available in three colors— onyx, ruby and sapphire—with two lens shades available for each color. Prescription and polarized lenses are available thanks to a partnership with Lensabl.