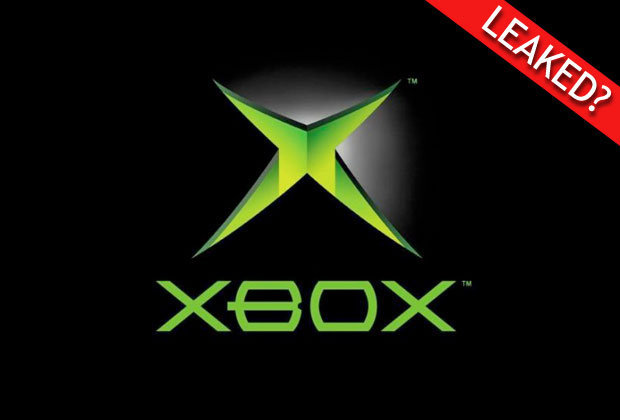 Microsoft failed to add to their ever expanding Xbox One backwards compatibility library this week but we might have learnt more about some original Xbox games which could become available.

In 2016 games like Red Dead Redemption, the Bioshock trilogy, the Mass Effect trilogy, and The Elder Scrolls IV: Oblivion were added. While in 2017 the biggest release so far has undoubtedly been Call of Duty: Black Ops 2.

A Twitter user by the name of @GamerTagstic (via BloodyDisgusting.com) claimes to have found several Gamespot listings for original Xbox backward compatible games.

Included in the leaks were Ninja Gaiden Black and Ninja Gaiden, The Punisher, Mortal Kombat Deception, Buffy The Vampire Slayer, Doom 3 and more.

However, even if this does turn out to be a false lead, it does offer up an interesting proposition.

In total, 478 Original Xbox games were made available on the Xbox 360 via Backwards compatibility and you would think that the vast majority of these could come to Xbox One, assuming there’s no legal reason to prevent them coming out.

All of these games, along with past backwards compatible additions will be greatly improved by the release of Xbox One X, which Xbox devs have previously said will make older titles “smoother, look better and load faster” on Microsoft’s new flagship console.

*** Take a look at some of the best Xbox One Backwards Compatible games, below ***

As fans might know, at Microsoft’s E3 2017 conference Xbox boss Phil Spencer announced the news that Original Xbox games were finally coming to the Xbox One backwards compatibility service, something he’d been teasing for quite some time.

Speaking to Giant Bomb immediately after the announcement Spencer said that the lineup of Original Xbox games “won’t be as big as Xbox 360,” which is supposedly related to music rights in some games.

Equally, Spencer has also said that some key features that won’t work when playing these original Xbox games.

“Most OGXbox games didn’t have [widescreen],” Spencer said when asked on Twitter.

“We run the OG code, so the game will support what the original game supported,’ Spencer explained in a follow-up tweet.

Likewise, new Xbox Live achievements won’t be coming either, since according to Spencer doing so would require patching every game, which is never going to happen.

For those wondering, there’s been no word on the release date for Xbox 360 games Halo 3, Halo 3: ODST, Halo 4, and Halo: Combat Evolved Anniversary. beyond a small message from 343 Industries last week.

The most recent update on the situation came earlier this month with a small message from 343 Industries.

Microsoft announced together with 343 Industries at E3 that these games would be made playable on Xbox One, but with 343 working all out on Halo 6, there doesn’t seem to be any rush to get these games out for the time being.

And while there’s been no update, 343 did recently say:

“The Xbox BC team is still churning away on getting the titles prepared for public consumption on Xbox One hardware,” the studio said. “Still no further word on timing for availability, but consider this as us “still mentioning it.”

In addition to this, Red Faction: Armageddon, a free game as part of August’s Xbox Games with Gold August 2017 titles, is now available to download, but it won’t be available much longer, so make the most of it while you still can.

In more positive news, Xbox Game Pass launched on June 1st with 100+ Games and while the stand out titles come from the Xbox One catalogue, it also features plenty of Xbox 360 games playable thanks to Microsoft’s backwards compatibility feature.

“On Thursday, June 1st, Xbox Game Pass will be available for all users. That means anyone with an Xbox Live account can start their 14-day free trial and play over 100 games,” a Microsoft Spokesperson told Daily Star Online.

If you’re not willing to buy the Xbox 360 games outright on the store, Xbox Game Pass could be the perfect solution.

Just make sure the Xbox 360 game you want to play is available as part of the subscription at the time.

Since the initial roll out two further Xbox 360 games were added, first with ‘Monaco: What’s Yours Is Mine’ and more recently with the addition of Metal Slug XX.

And with the new September batch of games yet to be announced, we suspect there will be at least one more addition on the way, so stay tuned!