The next big Xbox One software update is closing in, and as Microsoft rolled it out to Preview Update testers, the company also explained what to expect. Once the Spring update arrives, gamers can check out a new 1440p option that fits in between 1080p and 4K displays to make it just right for anyone using a quad HD monitor. It’s also adding an algorithmic “What’s Hot” feed for club posts that should make things more like Reddit (or Facebook), and a Top Posts option that shows which ones are the most popular of all time.

The other highlight feature lets Mixer streamers share access to their controller with viewers via an on-screen gamepad or by plugging a controller into their own PC — we assume its low-latency streams come in handy here. A few other tweaks mean Xbox One streamers no longer come to a full stop while switching games or going to the dash, and they can start streams at any time.

The built-in Microsoft Edge browser is apparently more controller-friendly (also it can upload or download files now), and there’s an option to change the balance between in-game audio and background music in the guide so you can substitute your own Spotify, SoundCloud or MP3-based soundtracks. Clubs can filter invitation requests to keep riffraff out based on criteria like Gamerscore for a particular game, and it’s easier to join tournaments. 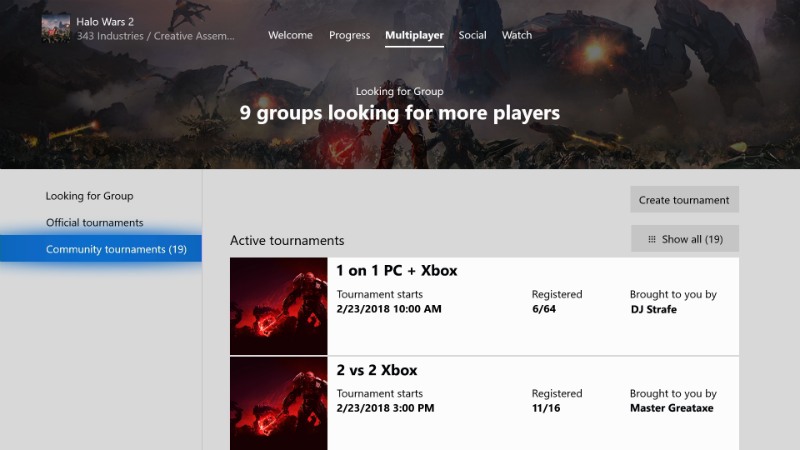 Separately, Major Nelson also noted three new security features on the Xbox One that make it easier to recover your account if someone has taken it over maliciously, find an account name or update your account recovery info from the console itself.