For most of us living outside of China, we tend to be limited to two options when it comes to the choice of materials on our phones: either metal or plastic, or a bit of both (and maybe a touch of wood, if you’re lucky). While Essential was grabbing headlines with its titanium device, Xiaomi continued tinkering with something that many others dare not touch: ceramics. Following the Mi MIX, the Chinese smartphone maker has once again collaborated with Philippe Starck‘s design studio to bring us yet another ceramic device with a near-bezel-less display: the Mi MIX 2. As one would expect, the MIX 2 comes with flagship specs to match its premium design. It features Qualcomm’s top-of-the-range Snapdragon 835 chipset along with 6GB of LPDDR4X RAM and up to 256GB of UFS 2.1 storage. There’s also a special edition with a whopping 8GB of RAM but with just 128GB of storage — we’ll get to that later. Interestingly, the MIX 2 supports 43 bands, thus making it a truly global smartphone — more so than the earlier Mi Note 2. Both versions are powered by a 3,400mAh battery with Quick Charge 3.0 support (9V/2A) via USB-C. As a bonus, both editions come with an 18K PVD rose gold-coated camera rim, while the special edition gets the same rim treatment on its rear-facing fingerprint reader.

As stunning as the original Mi MIX looked, it was far from perfect. Its 6.4-inch screen was too big for most people, its cameras weren’t great and its ‘invisible earpiece’ was not loud enough for the noisy streets. This is where the Mi MIX 2 comes in. We’re now looking at a more pocketable 5.99-inch display with a longer 2,160 x 1,080 resolution (that’s 18:9 instead of the old 17:9). 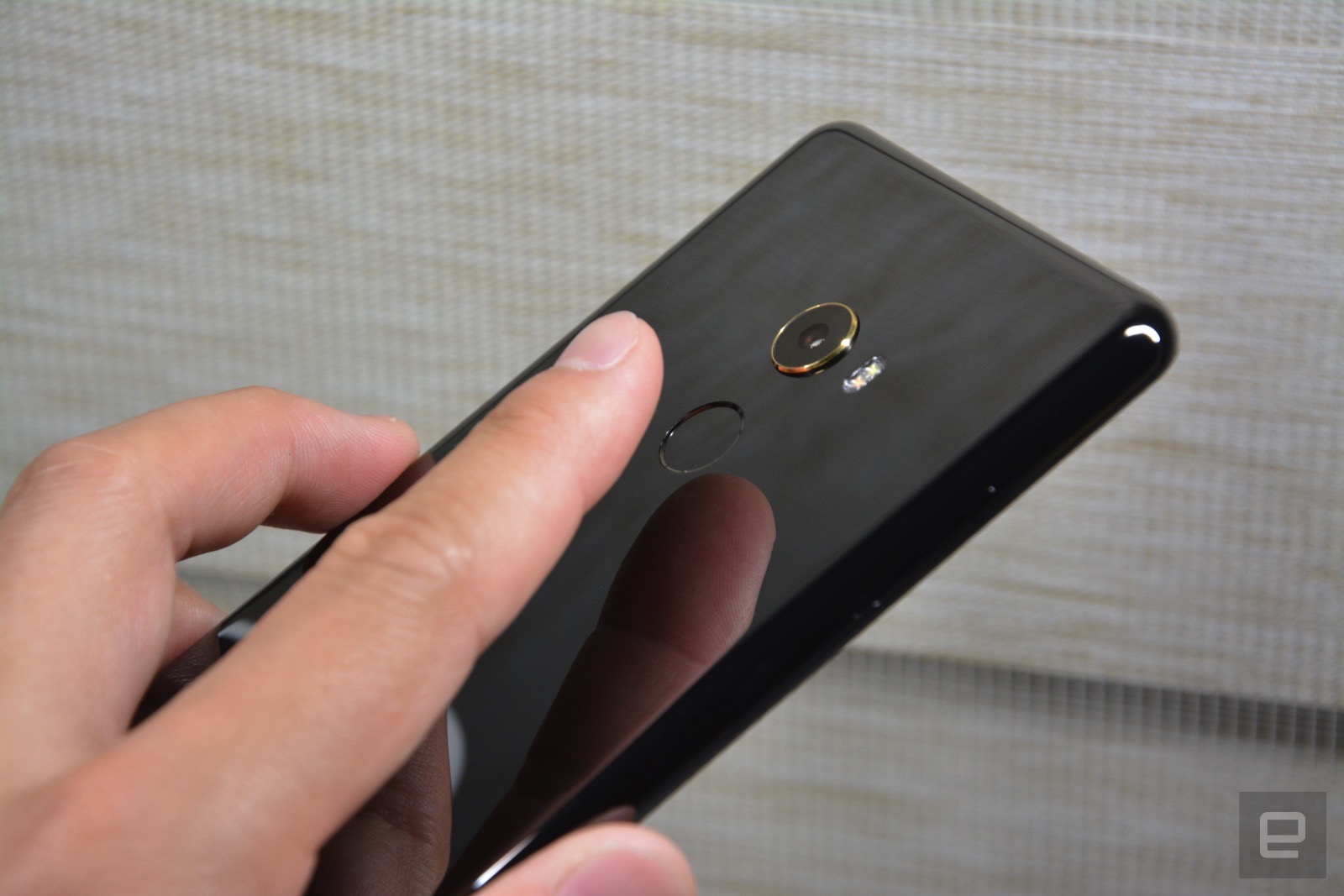 The main camera is the same Sony IMX386 sensor (with 1.25um pixels) and 4-axis optical stabilisation setup as the one on the Mi 6, albeit with a slightly slower f/2.0 aperture. It can also shoot 4K or 1080p video at 30 fps, and 720p video at up to 120 fps for slow motion. Because of this optical upgrade, there’s now a small camera bump, but one that I can totally tolerate. The front camera — located at the bottom right of the display — still packs a 5-megapixel resolution but with a different sensor. Based on my brief hands-on with it, the images from both cameras are notably better than what I got with the original MIX.

Last but not least, the old piezoelectric actuator-based hidden earpiece has been replaced with a louder conventional earpiece. The only trade-off here is that there’s now a short, narrow slit along the top edge of the glass which is barely noticeable. And don’t worry, the ultrasonic proximity sensor is here to stay, meaning there’s no ugly black dots that would otherwise be housing an infrared sensor. 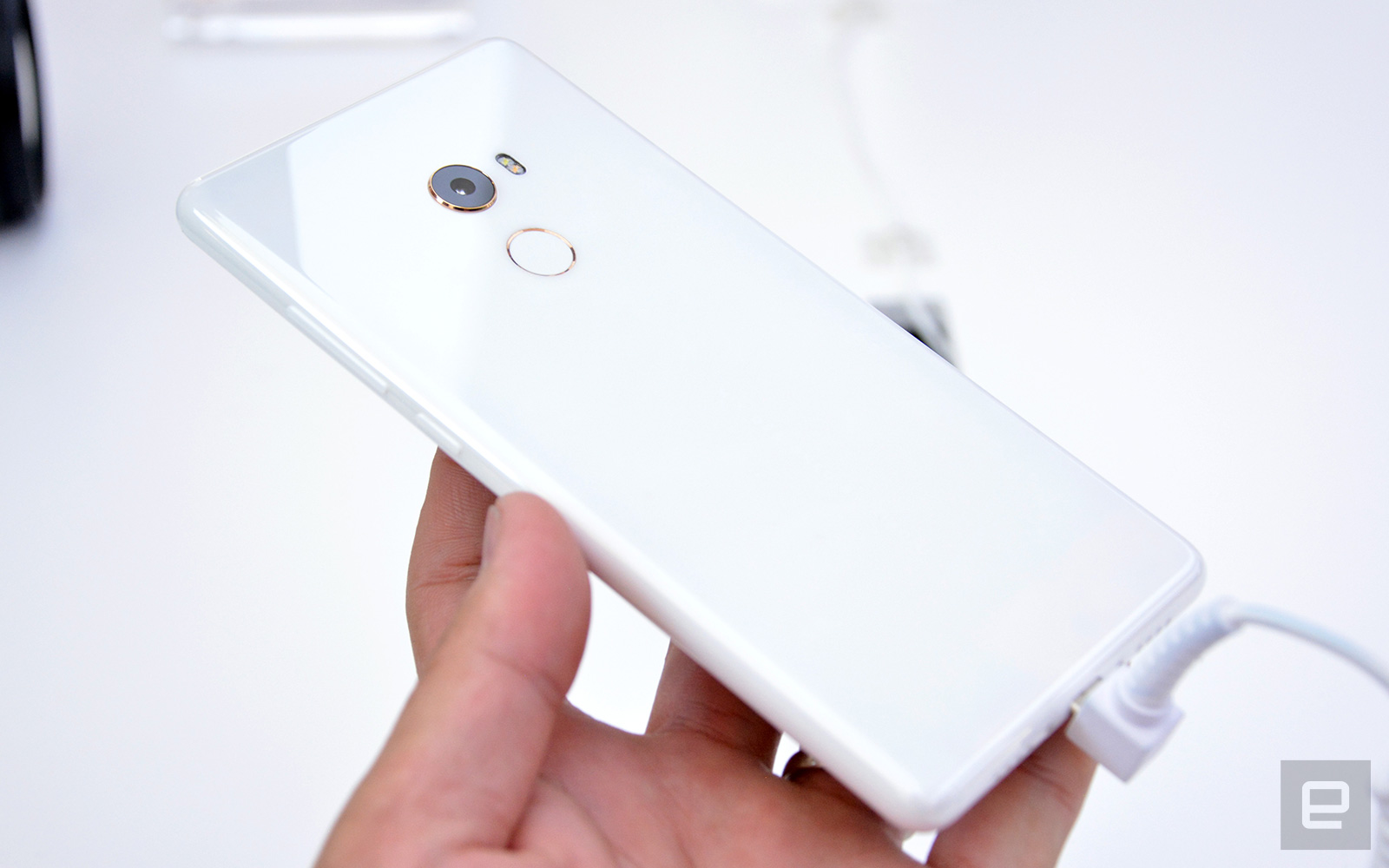 Another issue with the original MIX was that it was only available in China due to limited supply. To my surprise, this time Xiaomi is making the MIX 2 available in markets outside of China. This is partly achieved by offering the phone in two flavors: a normal edition with a metallic frame and a ceramic back combo which is a lot easier to manufacture, and a special edition with a black or white ceramic unibody — an achievement which I never saw coming, given how difficult ceramic is to deal with in any situation.

Xiaomi isn’t kidding when it says the ceramic unibody has extremely low yield. The entire process involves pressing a special type of ceramic powder into a mold with a 240-ton force while being baked at up to 1,400 degrees Celsius for seven days. This is further complicated by the fact that the molded pieces shrink by about 20 percent in the end, so you can imagine how tight the tolerances are. Even the tiniest fracture developed throughout the process would render the whole piece of ceramic unusable.

The pieces are then put into a CNC machine to have their corners and holes cut out — an expensive process considering that the blades have to be replaced after every two to three pieces, due to the extreme hardness of the ceramic. Finally, the ceramic pieces are polished with diamond dust — again, lots of dollar signs here — for ten hours until it becomes as precious-looking as a piece of jade. Or in Starck’s own words, the MIX 2 carries the “purity of jade, the serenity of jade, quiet like a jade.” Overall, it takes about ten days from start to finish just for that ceramic unibody. 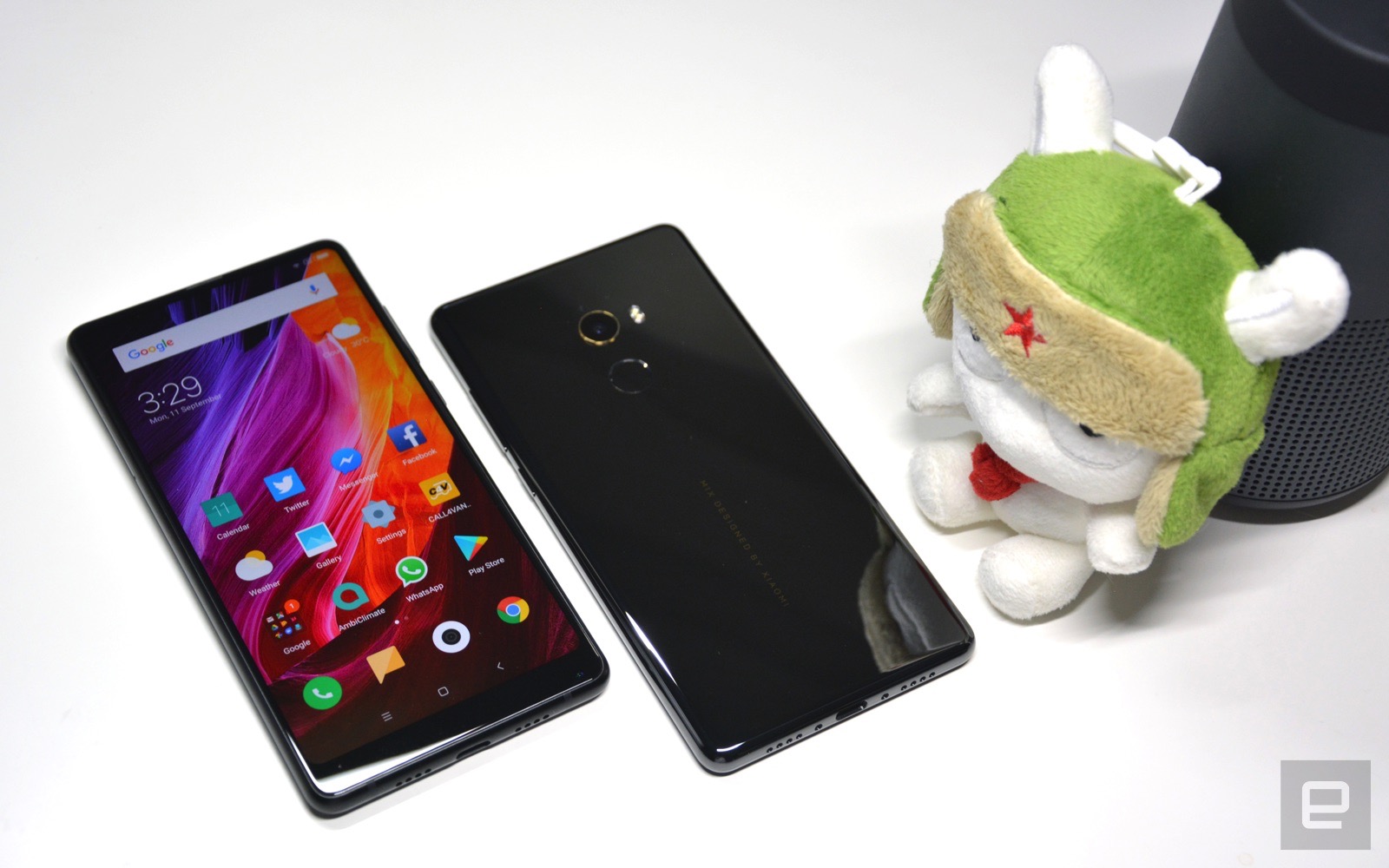 Xiaomi is asking for a similar price as last time. The MIX 2 ranges from 3,299 yuan (64GB; about $510) to 3,999 yuan (256GB; about $610), whereas the MIX 2 Special Edition jumps to 4,699 yuan (about $720). The normal edition can already be pre-ordered in China tonight ahead of its September 15th launch, but you’ll have to wait until November for the Special Edition. Xiaomi has already confirmed that the MIX 2 won’t be launched in the US, but at least you can try your luck in one of the several other markets that it’s headed to — including Hong Kong and Taiwan later this year.